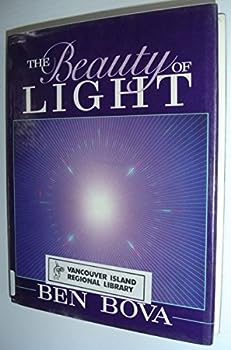 An exploration into the nature of light--written in an engaging style for a wide audience. The author of dozens of books on science, Bova traces the history of the study of light, from Galileo's attempt to measure its speed, to Einstein's theory of relativity. He explains modern uses of light technology, including lasers, fiber optics, solar energy, and optical computers; and discusses biological and ecological aspects of light, and its role in the...

An Anthology of the Finest Kind

Published by Thriftbooks.com User , 16 years ago
I had thought I was fairly jaded when it comes to SF reading. I had thought that in the anthos of Groff Conklin, Anthony Boucher, Leo Margulies, and the annual "Bests", and in single author collections of writers like Sturgeon, Asimov, Clarke, Connie Willis, I have read all the good SF short stories particularly of the last century. It was a pleasant surprise to be proven wrong through this anthology. Here is brief look at just two of the stories in the book: 1. "How I Lost the Second World War and Helped Turn Back the German Invasion", by Gene Wolfe: In my opinion this is the best Gene Wolfe story that I have read (I can hear the howls of protest from several Gene Wolfe fans, each of whom would have a different favorite story in mind). The story involves Hitler and Churchill - not to mention a man named Dwight - and car racing and electron flow. There is no way I can describe the story more. You will have to read it to find out how they all fit together. 2. "Unlimited Warfare", by Hayford Peirce: Britain plans to wage war on France - a war that would not be called a war, a war where no shot would be fired. So the British general looks around trying to find one thing the destruction of which would undermine the very soul of France. He pinpoints one such item and it is wine. So the French wine crop is sabotaged beyond redemption. Now France has to retaliate. The French general ponders upon what could be considered as the soul of the British. And he comes up with an answer - and I will not tell you that answer. No spoilers here. Once again, go and read the story. It is a delight. Just these two stories are worth more than the price of the book. The rest of the stories are then an added bonus. Get this book. [...]

The embodiement of all that is light

Published by Thriftbooks.com User , 23 years ago
Ben Bova's 'Beauty of Light' offers a comprehensive exploration into the magic of light; its effects on our world and our perceptions. For all who work with light and colour, or who have an interest in the topic, this is a must for the library.
Copyright © 2020 Thriftbooks.com Terms of Use | Privacy Policy | Do Not Sell My Personal Information | Accessibility Statement
ThriftBooks® and the ThriftBooks® logo are registered trademarks of Thrift Books Global, LLC