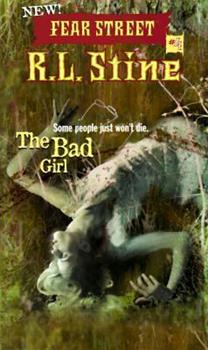 When Jan mixes up a formula in science lab that brings creatures back to life, her friend Dawn uses it when they accidentally kill another girl, only to discover that while Cindy is once more alive, she has changed for the worse and seeks revenge.

Published by Thriftbooks.com User , 17 years ago
this book was awesome!I will recomend you to read this book.The book was about two girls who make up a secret formula.They wasn't supposed to be doing it but they did.They brought back a frog to life that they was supposed to be disecting for science. Then they brought back a dog from dying.When they were coming from a party they ran over a girl named Candy.They did not like her because she kept on telling on them. But they did not mean it because they did not see her because she was crying. The reason she was crying because she got humiliated.Luckily her friend brought the formula.Well when ever they had the formula they would turn into a monster.Anyway whenever they got mad they will blow up.Candy kept on being mean to them and she stole their boyfriends.Well at the ending They got Candy to get mad. But she was asking them to give her the formula and they could not find it. Well when Candy did die she left a letter sying that she put the formula in their bottle of water.

Published by Thriftbooks.com User , 19 years ago
It was so good! The best part of the book is the last page. But don't read it before you read all of the book. I read this book at a sleep over around midnight and I only planned to read a chapter or two, but then it just got better and better! So I would read a chapter and my friend would always have to wait up so that she could hear what happend so I stayed up till around 2 in the morning just so I could read it. You won't be able to put it down either!

Published by Thriftbooks.com User , 22 years ago
This book is about two best friends who really dont like science but once Jan, Dawn's friend mixes some chemicals and makes a formula that brings dead things to life science doesnt seem so bad after all

Published by Thriftbooks.com User , 23 years ago
THIS BOOK IS SO SCARY. THERE IS ALOT OF DEATH,GORE, AND HORROR. I STRONGLY RECCOMEND THIS BOOK.

ONE OF MY FAVORITE FEAR STREET BOOKS OF ALL TIME!

Published by Thriftbooks.com User , 23 years ago
THE BAD GIRL WAS SO AWESOME! IT'S ONE OF MY FAVORITE'S IN THE SERIES. THE PLOT WAS CREATIVE AND AWESOME, AND THE ENDING IS A SHOCKER. LET'S JUST SAY IT'S NOT YOUR USUAL FEAR STREET ENDING. THE ONLY THING I DIDN'T LIKE IS THAT YOU KNOW WHO THE KILLER IS ALREADY. BUT OH WELL. I STILL LOVE THIS BOOK AND I WILL CONTINUE TO LIKE IT. SO READ IT IF YOU ALREADY HAVEN'T!
Trustpilot
Copyright © 2022 Thriftbooks.com Terms of Use | Privacy Policy | Do Not Sell or Share My Personal Information | Accessibility Statement
ThriftBooks® and the ThriftBooks® logo are registered trademarks of Thrift Books Global, LLC