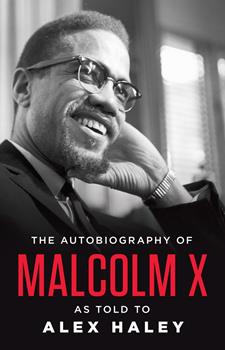 The Autobiography of Malcolm X

by Alex Haley and Malcolm X

ONE OF TIME'S TEN MOST IMPORTANT NONFICTION BOOKS OF THE TWENTIETH CENTURY In the searing pages of this classic autobiography, originally published in 1964, Malcolm X, the Muslim leader, firebrand, and anti-integrationist, tells the extraordinary story of his life and the growth of the Black Muslim movement. His fascinating perspective on the lies and limitations of the American Dream, and the inherent racism in a society that denies its nonwhite...

Published by Neshia , 7 months ago
I knew very little about Malcom X growing up and what he stood for. After reading I am in awe of this man. He was a genius. Wonderful. You will not want to put this book down. I will buying another one due to my other on tearing but I love it.

Published by Michael , 9 months ago
The captivating story of a genius man who raised himself up from desolation, when everything was against him to become a hero. Malcolm’s story is gripping, and although the subject matter is majorly dark but Malcolm’s humor, charisma, and personality shine through in the writing. A tragic story of a heroic martyr, killed on the brink of a world changing ideological breakthrough.

It's a workbook not a book

Published by YM , 1 year ago
It came as a very used workbook. Not very good condition as stated.

I owned this book growing up as a teenager but it was lost in a fire. I am so glad I got to own it a

Published by Genisha Thomas , 1 year ago
We love it

Published by FAT CITY , 1 year ago
I loved this book! Following the evolution in thinking of a African-American man in the United States from the twenties through the mid-sixties was compelling and has lessons for all of us even today. An obviously bright, self taught man has lessons for us all as we strive toward a post-racial America. Highly recommended.

Published by Winter Flowersolowofela , 2 years ago
This was a good book. But their was a lot missing and a lot left unsaid. Most importantly how can bumpy Johnson not be in it considering he saved Malcom X life?

Published by Book Reviews , 3 years ago
This book, this story, this doctrine has changed my life. I am truly in awe of this man.

his own story, unfiltered

Published by Thriftbooks.com User , 19 years ago
This book is his own side of the story and is among the most readable of autobiographies. I feel it is important to read this book because it concerns the life of someone who undergoes the most extreme of metamorphoses. The manner in which Malcolm X tells his story ensures that the reader gains an uncontaminated impression of his life. One may not agree with all or any of his ideology, but that's to miss the point. Surely it is more important and profitable to endeavour to understand why this highly intelligent individual believed what he believed. Many questions are raised, few have been answered, even today almost 40 years on.

One man's struggle for freedom

Published by Thriftbooks.com User , 20 years ago
Alex Haley and Malcom X weave the story of a lifetime of struggle. X's account of his life is so compelling that it has caused people of all races and creeds to question the way that they have been living their lives.Malcom X started off in Michigan, where he was discriminated against mildly, and overall well-liked. He got along fine with whites whom he knew. However, one of his English teachers scoffed at his faked vision of becoming a lawyer. X soon moved to Boston to live with his half sister. He became a street hoodlum. It is at this point that the life of Malcom X begins to resemble a Martin Scorcese film. X rises in the ranks of the streets to become a well known hood. He begins to deal not only in gambling, but in drugs and theft as well. However, he also gets addicted to the drugs that he is peddling. X soon goes to jail, where he converts to Islam. Upon his release, he spreads his new found faith all across the nation.The scenes in jail exemplify exactly how the white man has mistreated the black man throughout the course of time. Not only does Malcom X's autobiography serve as an account of one man's life, it is also a survey course in the Islamic religion. I knew nothing about this religion upon reading the book, and I thought the idea of a superior race to be obscene. X does not convince me to loathe my predecessors and myself, but he does make the white man think about his actions. Many whites claim that Malcom X acted out of rage. One needs only to read his autobiography to see that Maclcom X reacted as any other person would react: pragmatically.

The Truth, the whole truth, and nothing but the Truth!

Published by Thriftbooks.com User , 20 years ago
Great book, won't be able to put it down, of a modern day Saint.

Published by Thriftbooks.com User , 22 years ago
I remember, as a kid, it was truly this easy: Martin Luther King was a good black guy; Malcolm X was a bad black guy. Upon reflection, I think that, even at his most inflammatory, Malcolm X defied this easy categorization. Who is to say that if he & the Black Panthers hadn't been willing to hold out at least the threat of violence, that whites would have moved to solve the Civil Rights issues as quickly (relatively speaking) as they did? More importantly, suppose the shoe was on the other foot, if you were a young black man in 1960's America, whose message would have had more appeal, Martin's or Malcolm's? Actually, I have often wondered if black America might have been better served by a more violent tone to the struggle. Civil disobedience works precisely because it depends on the fundamental decency of the oppressor and the certainty that he will yield. But one result of the yielding party's giving in, is that they can end up imbued with a sense of their own magnanimity and sink into a deceptive mood of self congratulation. It might be better for the oppressed if there was more of a sense that they had taken what was theirs, rather than that it was given to them. I don't truly know. Of course, the ultimate historic irony is that King, the peacemaker and accommodationist, was gunned down by a racist white man, while Malcolm, the rabble rouser and confrontationalist, was killed by rival blacks. Reading his life story, it is hard not to believe that Malcolm X's career was really just beginning. It seems possible, even likely, that the inner peace he had found in the true Moslem religion would have given him the moral and spiritually grounding which, combined with his oratorical gifts and incisive intellect, might have lead him to accomplish great things. Martin Luther King is justly celebrated; he is an easy hero for white America to embrace. Malcolm X is more problematic, he has sharper edges, but is no less deserving of admiration and honor. His life story belongs on the shelf with Benjamin Franklin and Booker T. Washington and Whittaker Chambers and the other handful of great American autobiographies of self made men.

The Autobiography of Malcolm X Mentions in Our Blog 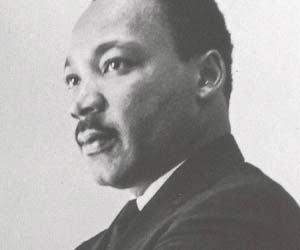