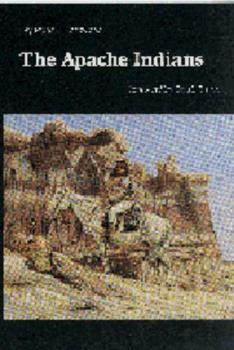 Cochise. Geronimo. Apache Indians known to generations of readers, moviegoers, and children playing soldier. They enter importantly into this colorful and complex history of the Apache tribes in the American Southwest. Frank C. Lockwood was a pioneer in describing the origins and culture of a proud and fierce people and their relations with the Spaniards, Mexicans, and Americans. Here, too, is a complete picture of the Apache wars with the U.S. Army...

Hstory teachers are lying to you, READ THIS BOOK

Published by Thriftbooks.com User , 21 years ago
This book will de bunk the myth about apaches being savages and uncultured criminals. The apache people were a nomadic people, and the US Government taught them more about treachery than any village elder ever could. Treaties broken , starving people forced to march to barren wastelands, all the things the US Government forced the apache to endure are here. Only then did the apache begin to fight the white man in seriousness, and then only in small numbers. It is a tribute to their tenacity and strength that they were able to avoid capture by 'three stars' Crook for so long. In particular my favorite chapters were those about noble apache chiefs like Cochise and Mangas Colorado. These were the true leaders of the apache, Geronimo was never revered as a leader until he broke off from the main tribe. I have read this book over and over, its a hard read, but worth it.
Trustpilot
Copyright © 2022 Thriftbooks.com Terms of Use | Privacy Policy | Do Not Sell My Personal Information | Accessibility Statement
ThriftBooks® and the ThriftBooks® logo are registered trademarks of Thrift Books Global, LLC