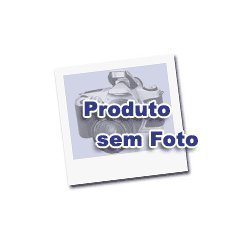 Featuring all the qualities that have distinguished the American Heritage name, this latest edition contains new terms including sandboard and Texas holdem, along with up-to-date biographical entries,... This description may be from another edition of this product.

Published by Thriftbooks.com User , 12 years ago
This version is a fantastic supplement to M-W Collegiate. Though I will still turn to M-W if an "academic" definition is required, AHCD makes more sense in everyday reading and writing. I especially like the feature that it includes geographical and biographic entries in the main text, making the dictionary more like an encyclopedia. Highly recommended and a must-have for any serious student of words.

Published by Thriftbooks.com User , 14 years ago
I am very impressed with this dictionary. My favorite features are the small black-and-white photos and diagrams in the page margins, and each page contains a small pronunciation key so there's no flipping back and forth. It's very up-to-date. I also appreciate its size... Even though it has so many definitions and a large appendix, it's a very manageable size and weight. I highly recommend it to anyone who is looking for a dictionary with thorough definitions for a reasonable price. I'm obsessed with dictionaries and believe me this one is excellent. As it is the AMERICAN Heritage Dictionary, the words and definitions favor the American English language over more international definitions, but that works for me.

Published by Thriftbooks.com User , 16 years ago
I'm a lexicographer and computational linguist by profession -- I have very nearly read this book (and a couple others) cover to cover. I just have to say that AH is a superior dictionary for everyday use. I work for companies that maintain online dictionaries, and am, among other things responsible for comparing the contents of these lists with the latest published dictionaries to ascertain which entries should be deleted and which new ones included. I find that AH very rarely has bad judgement with respect to selection of entries. Perhaps the reason another reviewer didn't find Carl Gauss or Reimann is because their names are actually Karl Gauss and Riemann. And I appreciate the fact that AH has gone a long way toward rectifying the perception conveyed by most older biographical dictionaries that all great people have been white, European and male. We need Gauss in there of couse, but we also need Robeson and St. Vincent Millay who won a Pulitzer Prize just like Frost, and who wrote just as beautifully. Its goal obviously is to both be a desktop dictionary in a single volume, and yet include the words that educated American speakers are likely to encounter in modern, non-technical publications. (And yes, it is an American dictionary, which is why colour is defined as 'Chiefly British, variant of color'.) This objective becomes harder and harder to achieve as the base of English-speaking people expands, and the Internet makes so many more things available to the average reader. The average person may use words like 'alacrity' less often than they did 200 years ago, but in point of fact, the average person's active vocabulary is expanding. I prefer the way they organize their word senses to what Webster does. (I never compare things to the OED, because that is a work of art, deserving of veneration.) It reserves entirely new entries for an entirely unrelated sense. AH will give iris(flower) and iris(of the eye) two different senses, but Webster's gives (though not entirely consistently) the nominal and verbal senses of, say, 'claim' entirely different entries. AH includes them under the same entry, because they are semantically very closely related. The etymological Appendix of AH is also kind of famous among linguists. They have very nicely systematized and cross-referenced their entries against their hypothesized Indo-European roots. It's quite well researched, and also a lot of fun.

Published by Thriftbooks.com User , 18 years ago
Although it is perennially outsold by the Merriam-Webster Collegiate Dictionary - whose red cover will be familiar to Reference shelf browsers, thanks to M-W's large advertising and distribution budget - the American Heritage is far and away the superior product: (in descending order of importance) unmatched clarity of definitions, cleanliness of layout (better than even the AH Unabridged, in this respect), and currency of coverage. This dictionary will meet your lexicographical needs in fine style 99.9% of the time. For that 1-in-1000 occasion, you'll have to go the library and suffer through the Oxford English Dictionary's fusty definition style.

The best paperback dictionary yet.

Published by Thriftbooks.com User , 21 years ago
This dictionary is one of the most informative dictionaries of the English tongue (both in Britain and America) I have come across so far. Other dictionaries such as Britain's Chambers dictionary offer merely the definitions. The American Heritage Dictionary, however, offers the words' definitions, etymologies, and various pronunciations and spellings. In addition, this dictionary is also encyclopedic, succinctly explaining about certain people, places, events, et cetera. Moreover, many of these encyclopedic explanations are accompanied by small photographs. I do question, however, the title "The American Heritage Dictionary". Many of the words in this dictionary are also spoken in other countries such as Great Britain, Australia, New Zealand, South Africa, and Ireland. Indeed, there are Americanisms included in this dictionary. But one may also find these Americanisms in British dictionaries such as Chambers. Nevertheless, as a whole the American Heritage dictionary will be beneficial to English speakers of all nationalities.
Copyright © 2022 Thriftbooks.com Terms of Use | Privacy Policy | Do Not Sell My Personal Information | Accessibility Statement
ThriftBooks® and the ThriftBooks® logo are registered trademarks of Thrift Books Global, LLC