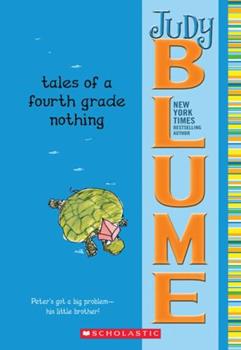 Tales of a Fourth Grade Nothing

Celebrate 45 years of Tales of a Fourth Grade Nothing ! The #1 New York Times bestselling author's first book in her classic Fudge series. Two is a crowd when Peter and his little brother, Fudge, are... This description may be from another edition of this product.

Published by 1WithG , 3 years ago
The tales of poor Henry and his brother Fudge.

This Fudge isn't so sweet

Published by SD , 3 years ago
This book explains sibling rivalry between the Hatcher Brothers, Peter and Fudge

Published by Thriftbooks.com User , 12 years ago
Tales of a fourth grade nothing Paragraph 1 This book is a humorous book about Peter a fourth grader who lives in New-York. The book talks about how Peter survives with an "alien" instead of a real brother. Peter has a turtle, he likes it. But he hates his little brother Fudge who is very very very annoying; he likes socks, Peter's turtle... There is also Jimmie, Peter's best friend, his parents are divorced. Sheila, a classmate, is also very very annoying, she is the cooties queen. Each chapter is a new problem caused by Fudge: Peter's dad almost lost his job because of Fudge, Fudge pretended to be a bird and broke his two front teeth, and Fudge cut all his hair pretending to be a barber... Fudge went into his dad's work building and was a star of a commercial (Peter was mad because he didn't want Fudge to be a star... when he was only a fourth grade nothing...). At the end, Fudge swallowed Peter's turtle... Paragraph 2 I liked the book because I think it's so funny how Peter tells the story. I think I also liked the book because I'm kind of in the same situation: I'm a fourth grader, I have a little sister. What I like the best is when Fudge swallowed the turtle. There were no parts I didn't like. Judy Blume (the writer) did a good job. I recommend the book.

Published by Thriftbooks.com User , 13 years ago
Bought for my 9yo daughter summer b4 4th grade. She did enjoy and now wants more Judy Blume.

The Adventures of Peter Hatcher and Fudge

Published by Thriftbooks.com User , 19 years ago
TALES OF A FOURTH GRADE NOTHINGBy Natalie Watch out! Here comes an out of this world Two-year-old. If you read Tales of a Fourth Grade Nothing you?ll see how much of a hazel Fudge can be and his brother Peter?s had enough.You?ll laugh until you cry with this hilarious bookAnd many others like Superfudge and Fudge-a-MainiaBy Judy Blume illustrated by Roy Doty. The beginning starts with Peter getting a new turtle named Dribble and Fudge is just fascinated by it. In fact, you?d think it would be better if Peter had just said no to the turtle. Well, Fudge goes through many experiences with or without Peter?s turtle. Whether he?s scribbling all over Peter?s homework or throwing a temper tantrum in the shoe store Fudge can be a blast. Some of the characteristics that Fudge has are annoying and troublesome. I know because in the book Fudge lost his two front teeth. Can you guess how that happened? And Peter, I?d say some of the characteristics about him are generous and polite. I know because when Peter?s dad made an egg omelet with a dozen eggs and Peter tried it all he said was "tastes great dad". This realistic fiction book reminds me of Junie B. Jones. They just want to be the center of attention. Fudge also reminds me of my little sister their never far from trouble. I think this book is one of the funniest books I?ve ever read and I recommend this book because when you read it you?ll see that with Fudge anything can happen.

The misadventures of Fudge.

Published by Thriftbooks.com User , 21 years ago
How does one handle having a little brother who is a terror? Just ask 9-year-old Peter Hatcher, because he has one named Farley Drexel "Fudge" Hatcher. Fudge is 2-years-old and he's about to turn 3-years-old. In Peter's opinion, Fudge is nothing but a pain in the neck, and he's right. Peter, Fudge, and their parents Anne and Warren live in an apartment building in New York City. First, Fudge costs Warren, who works for an advertising agency, an important account by terrorizing guests who have come all the way from Chicago. Peter tries not to go crazy as Fudge also does things like messing up Peter's homework and throws a tantrum at a shoe store, among a lot of other things. This synopsis describes this book from my point of view. There are a lot of things in the book that I didn't want to give away in the synopsis, just in case someone who has never read this book reads this review before reading the book. The fact that I read this book all over again every now and then proves that I love this book. Some parts of it still make me laugh, and there's a ood chance it'll make you laugh, too.

Tales of a Fourth Grade Nothing Mentions in Our Blog 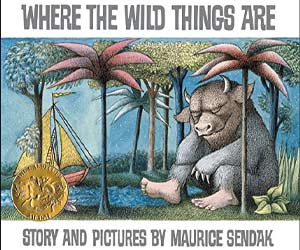