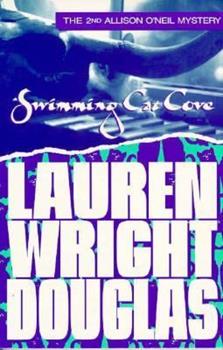 An intelligent, quirky mystery, lots of fun to read.

Published by Thriftbooks.com User , 22 years ago
I know the author's previous Caitlin Reece series very well and approached both this book and DEATH AT LAVENDER BAY with caution -- but I needn't have worried. They measure up well. Both are stuffed with quirky characters, white-knuckle plot lines, and (you guessed it) a wisecracking heroine. I love it that she's a displaced California girl trying to come to grips with Oregon's weather! And the will-she or won't she relationship between Allison and her friend Kerry is well done. Of course there's a cat, and a precocious kid. It strikes me that people who go gaga over Laurie King and (god forbid) Katherine Forrest might do themselves a favor and read Lauren Wright Douglas. She's better than either or them. But start at the beginning -- in this series with DEATH AT LAVENDER BAY and in the Caitlin Reece series with THE ALWAYS ANONYMOUS BEAST. You won't regret it!
Copyright © 2020 Thriftbooks.com Terms of Use | Privacy Policy | Do Not Sell My Personal Information | Accessibility Statement
ThriftBooks® and the ThriftBooks® logo are registered trademarks of Thrift Books Global, LLC