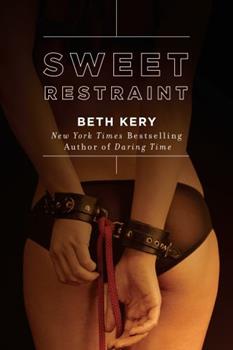 Published by Thriftbooks.com User , 12 years ago
Laura Vasquez just might have found a way out of the sticky web she has been living in for the past several years. Her husband is dead and was under investigation by the FBI when it happened. Now Laura just has to find the correct person to give her the evidence she needs to finally set herself free. The only problem with this plan is that the man she turned her back on long ago is the lead agent in this investigation. Shane Dominic is now the Chicago Special Agent in Charge, but years ago he was just the man that loved and wanted to marry Laura. Shane has never understood why she married Vasquez nor why she has put up with the type of married life he understands she has had. His investigation is stalled and Shane needs answers from Laura that she is not willing to give. Laura is doing everything she can to avoid answering Shane and ignoring the passion between them that has never gone away. When Shane believes he has nothing to lose, he decides to use the knowledge about Laura that he once thought to use for pure enjoyment. Laura is a natural submissive and Shane knows that she was forced to do things because of this. Laura can't believe when Shane takes her into the middle of nowhere and plans to dominate the truth from her. After the handcuffs, the erotic passion, danger and fantasies are over; will Shane and Laura be able to discover their future among the mistrust and misunderstandings that they each held? One widow trying to get out from the shadow of her marriage and one spurned lover turned FBI agent discover what they missed in Sweet Restraint. Laura is relieved that her husband is gone, but is trying to get the evidence needed to let her escape the web they were in. Shane has never forgotten his love for Laura nor how she abruptly turned against him and married someone else. Ms. Kery had me in shivers and it was hard to tell at times whether they were from the eroticism or the suspense that teamed up beautifully. From the very beginning I could tell that Shane and Laura would be doing more than just smoldering and was not surprised when the flames came forth, but I was delightedly surprised on just how just how it would turn out. I loved Shane and Laura even when I was shaking my head trying to figure out the why of something only to have it explained further along. Sweet Restraint is a tumble whirl of emotion, eroticism and suspense that will hook you and not let go. It is also a must read and Joyfully Recommended by me. Jo Reviewed for Joyfully Reviewed

5 Bookmarks from Wild on Books!

Published by Thriftbooks.com User , 12 years ago
Straight as an arrow Shane Dominic doesn't know what it is about Laura Vasquez but the woman makes him insane. She always has. Ever since she left him to marry someone else he hasn't been able to stop thinking about her or stop loving her. A Special Agent in Chicago, Shane is working on stopping a global theft ring and Laura's now deceased husband is right in the middle of the case. Laura knows more than what she is telling and Shane is having none of it. With kidnapping in mind, he whisks her away to try and get her to confide in him the only way he knows how - between the sheets and up close and personal. Add in a touch of dominance and Shane firmly believes that Laura will sing like a bird. If Laura Vasquez has learned one thing in thirteen years of marriage, it is to keep her mouth shut. The lessons she learned so long ago are still very clear in her mind and no matter what Shane throws at her, there is no way he will ever get any information from her or out of her. Laura yearns and aches to feel Shane's strong arms around her but she doesn't want to be in a cage - she's had enough of that. She craves his dominance with a submissive nature that surprises her but she can't fully commit until she knows the danger is gone. When an unlikely suspect tries to get to her, Laura continues to hold what she knows close to her heart - a move that definitely puts her in mortal danger. SWEET RESTRAINT will touch some buttons - it touched mine. I love to savor a well written novel containing D/s and SWEET RESTRAINT has that and so much more. The question of Shane's kidnapping Laura in order to get her to talk made me question myself for about fifteen seconds - long enough for me to read Shane's emotions. He loved Laura with every ounce of his being, and had for over thirteen years. She was the other half of his soul and the thought that she was in danger and stubborn to boot, almost sent him over the edge. He loved roughly, he loved tenderly, but most of all he loved Laura with a passion that was undeniable. Laura learned the hard way what it meant to love someone so much that it hurt. She knew firsthand how her feelings for Shane would be construed and she tried to hide them - deep down, however, in her heart of hearts, Laura's soul cherished Shane Dominic and there was nothing anyone could say or do about it. Laura was stubborn and I got tickled more than once at how much it made Shane crazy. He wanted his Laura on a pedestal and she wasn't about to capitulate. In my book, Beth Kery is three for three! SWEET RESTRAINT joins two strong previous NY print releases, DARING TIME and WICKED BURN, on my keeper shelf. SWEET RESTRAINT kept me turning the pages, on the edge of my seat, and blushing all at the same time. I emphatically recommend this highly erotic, emotionally gripping novel. Beth Kery has definitely come into her own as a storyteller and I couldn't be more excited! Natalie S.

Published by Thriftbooks.com User , 12 years ago
Thirteen years ago FBI Special Agent Shane Dominic fell in love with Laura Vasquez, but she married a Chicago cop Huey Mays instead. Their paths have not crossed until now; Shane has busted Huey. Soon after his arrest on international corruption charges Huey is found murdered. Shane realizes Laura may be in danger from the same culprit who murdered Huey to insure silence and that same killer will not chance Laura knows something about her late husband's operations. Shane abducts her in order to keep her safe and to learn what she actually knows so he can go after the lethal big shot. However, as they fall in love, he also knows she is his submissive, but she fears going back into a relationship with a dominant even if she loves him; as her late spouse crossed the line into abuse. The story line starts off rather fast as Randall Moody warns Huey that Shane is coming for him; Huey knows his life is over, but regrets not killing Shane and his wife. The plot slows a bit in the middle as the lead couple turn away from the investigation to forge a BDSM relationship. Still SWEET RESTRAINT is a spanking fun police procedural erotic romantic suspense Harriet Klausner

Published by Thriftbooks.com User , 12 years ago
At 38 years of age, Shane "Dom" Dominic has climbed rapidly up ranks of the FBI to be `Special Agent In Charge' of `Operation Serve and Protect', an investigation into the largest organized police theft ring in known history. The FBI uncovered evidence that indicates the corruption stretches back at least 10 years and involves senior officers in the Chicago Police Department. Dom is an absolute `force of nature'. He is handsome, brilliant, driven and has an innate ability to comprehend people's motivations and to predict how they would act in a certain set of circumstances. This is one strong, enticing hero and I can say without hesitation that I fell in love with him. Dom is soon to be married to Clarissa, a smart and successful financial analyst, who has been extremely patient with his long hours and obsession with the investigation. Dom, however, is having second thoughts about his marriage to Clarissa who, in the short glimpse we are given of her, is a lovely woman. When Dom was in his twenties he was involved in a short, very intense relationship with Laura Vasquez, a beautiful, very reserved and brilliant artist. Dom had been besotted, head over heels in love with Laura, however it ended in betrayal when she suddenly married Huey Mays, a cop and creepy slimeball ten years her senior. Laura never explained to Dom why she did it. He only knew she left him devastated. He tried hard over the years to extinguish the torch he carried for Laura. However, it continued to smolder and at times burn brightly. Ironically, Huey was the linchpin for the FBI's continued investigation into the corruption at the Chicago Police Department. He was arrested, jailed and then makes bail. He subsequently commits suicide leaving a note. It is in these unlikely circumstances that Laura and Shane meet again and their explosive passion is rekindled. As a side note, she is one of only three people on the planet that call Dom, `Shane'. Here is a short sample of the passionate erotic prose that permeates the narrative of this novel. Shane has rescued Laura from a crush of press at the hospital following Huey's death. At her insistence he takes her to her home instead of somewhere he feels would be safer. After Shane makes a surprising and powerful admission with respect to his knowledge of Laura's intimate relationship with her disgusting husband (details that he learned through FBI wire-tapping) an angry, bitter exchange of words turns fiery. "He saw her eyes go wide but he didn't give her a chance to respond to his totally irrational proclamation before he covered her mouth with his own. He drank from her furiously. Pain vibrated through his flesh. Not the discomfort of a wound or an injury, but the raw, searing pain that came from exposing a desire that had long been denied. At that moment he needed Laura Vasquez just like he needed to breathe. Later he wouldn't be able to say at what point she stopped struggling, precisely when her tongue began to ta
Copyright © 2020 Thriftbooks.com Terms of Use | Privacy Policy | Do Not Sell My Personal Information | Accessibility Statement
ThriftBooks® and the ThriftBooks® logo are registered trademarks of Thrift Books Global, LLC