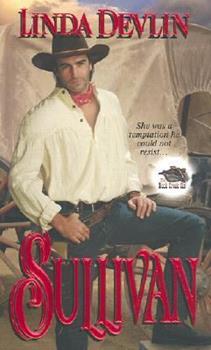 If you liked the Magnificent Seven, you'll love the Rock Creek Six Six elite Confederate soldiers band together after the War Between the States, hiring out their guns to protect lawless towns.... This description may be from another edition of this product.

Published by Thriftbooks.com User , 13 years ago
In a nutshell: While traveling to visit her brother Jed in Rock Creek, TX, Eden Rourke and her two adopted children come upon a man being beaten by a group of rough-looking individuals. She rescues him and takes him with her, not knowing at first that he is her brother's friend Sullivan, a half-breed Comanche. They manage to get into trouble along the way, drawing them closer together. After arriving at the hotel, Eden quickly makes herself at home and ends up making some enemies, through no fault of her own. My opinion: Second installment of "Rock Creek Six": I am impressed with how consistent this book is with Reese in regard to character personality and development. Considering this series is written by two different authors, that could not have been easy. This is my second time reading this series so I know that this consistency continues throughout the next four books. Story: Inevitably, Eden falls in love with Sullivan and he is so fascinated by her that he can't seem to keep his hands off her. Unfortunately for him, she refuses to sleep with anyone before marriage...unusual for an author to write a character in a historical romance this way but very fitting to the character's personality. I loved these characters. Eden was sweetly managing, someone it would be difficult to say "no" to when she's ordering people around. Sullivan was suitably dark and brooding and, for the most part, quietly observant of those around him. His past trauma explained nicely why he was so negative towards himself and felt he didn't deserve a girl as "perfect" as Eden. Meanwhile, she does learn that not all aspects of life can be managed, some must simply be accepted. The story flowed quickly, a typical whirlwind romance that almost leaves the reader's head spinning. This is not a bad thing, to me; I actually like a story that gets to the point. Of the supporting characters, I think I started to fall in love with Cash in this book. His character is further developed as is Jed's, a circumstance I believe can be attributed to the fact that these two character's stories are written by Linda Devlin, as well. We learn a little more about Cash, a smidgeon of why he is so bitter, especially in regard to NICE girls. Jed becomes a little more three-dimensional, also, with his overprotective brotherly concern for Eden. My only real complaint would probably be the amount of descriptive sex in this book. It was a little excessive, in my opinion. I have no problem with characters sleeping together, but when it seems that every encounter is described in graphic detail, it just becomes annoying. I still give this story 5 stars for the storyline, character and plot development, consistency, and emotion.

Published by Thriftbooks.com User , 18 years ago
I guess I like 'em tall, dark and handsome [covers of Sullivan and Rico]Sullivan as an unwanted "half-breed" is one whale of a character.But I surely did like it that Eden Rourke saved his hide. And her with two youngsters in tow. It was a chuckle as Teddy and Millie continued to call Sullivan "papa" when they reached Rock Creek. Cash wasn't about to let Sin forget his role.And only Eden could get him to reveal his name and dared to call him "Sin". What a gal.Rock Creek Hotel was a dismal place but the only one with room for everyone. Sullivan took Eden and the children there to settle in.And wouldn't you know that Cash caught Sin and Eden "cleaning the tub" and stealing some kisses and leaving a dire warning of what would happen if Jedidiah caught them.Eden shuddered at the blank, dead look in Daniel Cash's eyes.She also soon learns of Reese and Mary, Mary is kept busy with their little daughter, Georgie. Eden eventually needs to seek out Mary for some woman talk.I loved it - Eden agrees to marry Sin in order to explore what when beyond the most stirring kisses she has ever experienced. Is this called love? She knows it is and Nate agrees to marry them.Sin does not love Eden, this is just sex or so he thinks. But he does not have a chance against Eden, Teddy and Millie .And as practice makes perfect, with Jed never finding out, Eden will enlarge their family.The wonderfully strange part is Eden taking care of the hotel owner and gaining ownership of what she later calls "Paradise Hotel" and Sullivan finds a way to stay home.Wonderful love story - fantastic characters, both male and female -- a keeper set of the Rock Creek Six [can't wait to read the rest]HIGHLY RECOMMENDED -- will stay in my library

Published by Thriftbooks.com User , 18 years ago
I have never read anything like this series. It's "steel magnolias" for men, an incredibly rich series about tough, hunky men and their friendship. It deals with their emotions and vulnerability and of course the tough veneer we have to always get through. "Reese" the first book was definitely about the guys relationship. It is undoubtedly the best of the series and if read first sets the stage for all the guys. You will love each of them. I then read "Nate" who is the lost soul. Tormented by the memories of the civil war, he is surviving amidst this male circle and is "saved" by a fiesty female who won't let him give up. Alot of angst in this one. It's excellent. "Sullivan" is the "uncivilized" halfbreed. The strong, silent type who doesn't belong in either world or so he thinks. This book is pure delight. Very different from the other two books. Very little reference to the war with some focus on the tight friendships but much more a love story. Eden is perfect for "Sin". And you can watch her melt the other tough guys down while she's at it. I also read "Cash" which tied the series up well. He's the coldblooded gunslinger. I liked the book but couldn't warm up to him as much as the others. Planned on skipping Rico and Jed, but now that Sullivan and Jed's sister are together, I have to find out about "Jed." So enjoy!

Published by Thriftbooks.com User , 18 years ago
The stronger character in this novel is definitely the petite, tender-hearted heroine. The things Eden has to go through to finally win the heart of the man she loves! I enjoy the humor... and will never look at "cleaning the tub" the same way again! I enjoyed the big brother, little sister relationship between Eden and Jed... as well as the conflict Sinclair "Sin" Sullivan faces when he falls for his friends baby sister!It all makes for a great western romance and a super second installment to the Rock Creek Six series. I absolutely love these characters! For those unfamiliar with the series, the books are: Reese, Sullivan, Rico, Jed, Nate, and Cash. And they are all fabulous!

This series is not to be missed

Published by Thriftbooks.com User , 20 years ago
Even if like me, you are not a fan of books set in the West, this series is excellent. The characters come alive in these books. It is hard to believe that two authors could come up with such well connected stories. I can't wait for Rico by Lori Handeland to come out! The month just takes too long to end. :-)I would suggest that you also pick up Reese by Lori Handeland. It is the first book of this series and a great introduction to these six great heroes.
Trustpilot
Copyright © 2022 Thriftbooks.com Terms of Use | Privacy Policy | Do Not Sell My Personal Information | Accessibility Statement
ThriftBooks® and the ThriftBooks® logo are registered trademarks of Thrift Books Global, LLC