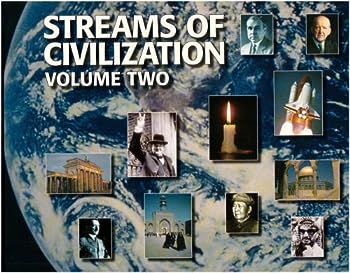 Streams of Civilization Vol. 2: Cultures in Conflict Since the Reformation

This world history text provides a comprehensive overview of modern history (1600s-2000) from a Christian perspective. Each chapter includes a timeline, listing of key terms, recommended projects, and... This description may be from another edition of this product.

A Tributary Worth the Study

Published by Thriftbooks.com User , 13 years ago
I wrote this in answer to the two negative responses, which apparently were written by two who seem to have an anti-religious bias. This book is well written. I have read many texts citing secular and catholic contributions, but have noticed a dearth of reformed influences, which this text corrects. As for the 20th century coverage, it is outstanding. So often the most radical leftist activists are given much coverage, neglecting imporant history - examples:the Korean war, Christian responses to secularism, the scourge of communism and the goologs. This book gives good coverage to all the above, while maintaing the milestones that constitute the 20th century.

Published by Thriftbooks.com User , 16 years ago
One of the few world history texts that combines a biblical worldview, creation science, and church history; it gives a solid overview of civilization. It has fair inclusion of both creationist and evolutionist theory of beginnings. The authors treat the Bible as one reliable historical document to be included among all the rest. This is an EXCELLENT introduction to western civilization, interesting, clear and full of opportunities for discussion. Major world cultures, religions, and their development are explained with the aid of maps, timelines, and graphics. This material provides information for classroom conversation which will in turn help the students to process, apply, and remember what they are reading. Take it further and enhance the students' learning with biographies, films, picture books, and historical fiction novels.
Trustpilot
Copyright © 2022 Thriftbooks.com Terms of Use | Privacy Policy | Do Not Sell or Share My Personal Information | Accessibility Statement
ThriftBooks® and the ThriftBooks® logo are registered trademarks of Thrift Books Global, LLC