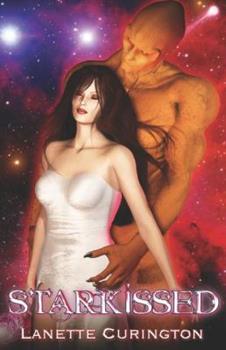 She's human, he's not, but together Leith and J'Qhir struggle to survive on an alien world, defeat interstellar treachery from a mutual enemy, and confront their growing attraction. Leith McClure reluctantly takes over the family shipping business due to her father's illness. She is shocked to find her father has been trading with the Zi. When a trusted friend's betrayal leaves Leith and the Warrior of Zi marooned on a deserted planet, they must learn...

May We Have Some More Please

Published by Thriftbooks.com User , 12 years ago
I won't go into the story line since earlier reviewers have done a fantastic job of giving the details but this book is not to be missed!!! I do not write many reviews but felt so strongly about this book - I wanted to tell others about it. If you like Sci-Fi with a mystery, a tender love story, and a hero and heroine that are the kind of individuals you would love to meet in real life - then this is for you. A beautiful world with really wonderful characters, please Ms. Currington, may we have some more?

Published by Thriftbooks.com User , 13 years ago
i have looked for more by her but have not found it yet this was such a good book

Published by Thriftbooks.com User , 16 years ago
Leith McClure is the daughter of Cameron McClure, the wealthy owner of McClure Shipping, a space transport company. Cameron being seriously ill, Leith is handling the business until he is able to take up the reins again. Steve Hancock, Cameron's right hand man, has been assisting Leith with the business. As the story begins, Leith and Hancock are on Trader World to complete a deal with J'Qhir, the representative of a standoffish species of reptilian descent called the Zi. After the payment is made in invaluable Zi jewels, J'Qhir accepts Hancock's invitation to have a tour of the McClure ship. Hancock has ulterior motives, though--he kidnaps both J'Qhir and Leith in order to gain the Zi jewels AND the business, and abandons them on a planet called "Paradise." Leith and J'Qhir are the only sentient beings on the entire planet, and must survive or die through their joint efforts. With the few tools at their disposal, they undertake the multitude of tasks required for them to survive. At the same time, they establish an intellectual relationship--then, in spite being of different species and from different worlds, they form a physical and emotional relationship. This is essentially a castaway story, in which two people from different cultural backgrounds discover their true compatibility under external duress. The plot caught my interest from the first page and, as the story developed, kept me reading and hoping that these two admirable people eventually would be happy together in spite of the odds against them. The science fiction framework is well developed, believable, and interesting, and is combined with a love story that grows naturally within the plot. The story is complex, containing multiple conflicts that pit the protagonists first against an individual (Hancock), then against nature (the planet), and, finally, against their own cultures (their up-bringings and expectations). I would rate this novel Spicy. Although there are only two fairly explicit love scenes (with numerous others implied), the well-crafted prose successfully communicates the growth of the deep feelings between Leith and J'Qhir. I highly recommend this emotionally-fulfilling novel for science fiction readers as well as romance readers. -- Jean, Fallen Angel Reviews (courtesy of Fallen Angel Reviews)

Published by Thriftbooks.com User , 18 years ago
Awesome! Not to be missed! Incredible! Proof that Love transcends any obstacle! Lanette Curington's Starkissed has received much praise in the past. I add my voice to the chorus. Yes, I'm a believer. Standing in for her bed-ridden father, Leith McClure concludes a shady business deal in a backwater dive on the butt-side of the universe. Her father's trusted partner had set up the deal, so Leith felt no need to ask too many questions. She just wanted the deal done so she could return to her sick father's side. Leith would later regret her disinterest. The well-being of his people rested squarely on J'Qhir's shoulders. Guardian of his world, indeed his people's greatest hero, J'Qhir was uncomfortable with this transaction. Yes he needed the supplies and yes he trusted Cameron McClure absolutely, but this "Steve Hancock" caused all of J'Qhir's inner alarms to ring. And the youngling...? There was something about her that disturbed him on many levels. Nevertheless, he had business to conclude. The offer to tour one of McClure's spaceships was a bonus. If Cameron trusted his daughter and this "Steve," then surely so could J'Qhir? Betrayal and trickery were talents long mastered by the race called "human." The Zi had no concept of it, but Steve was quite happy to instruct him on the finer points. A few lies told, a booby-trap or two, and Leigh and J'Qhir are abandoned on a planet called Paradise. As the only sentient being on Paradise, Leith and J'Qhir must learn to work together, to maximize their strengths and support each other's weaknesses. Cooperation brings familiarity... familiarity brings friendship... friendship brings trust and intimacy... and intimacy brings love. Starkissed is amazing. It did not matter than Leith and J'Qhir come from two incredibly diverse cultures-or that they were not of the same species, let alone race-for they found a common thread. Two lonely hearts who wanted to love. For all its alien-ness, Starkissed is surprisingly sweet. Even during their first sexual encounter, ripe with humor and social confusion, received and "awwwwwwwwwwwwww" response. It was also amazingly intense and thoroughly enjoyed by this reader. I opened Starkissed late one night to begin the reviewing process. I didn't put it down until it was almost done, when dawn caressed the sky and work called. My first response was to post my recommendation of this book to my author's lists. It garnered a lively discussion there. Although Starkissed is a mixture of "Enemy Mine" and "Star Trek," it stands powerfully alone. Absolutely amazing. I cannot praise this book enough. Fans of Futuristic Romance should consider this a "must read".-Brenda Thatcher
Copyright © 2022 Thriftbooks.com Terms of Use | Privacy Policy | Do Not Sell My Personal Information | Accessibility Statement
ThriftBooks® and the ThriftBooks® logo are registered trademarks of Thrift Books Global, LLC