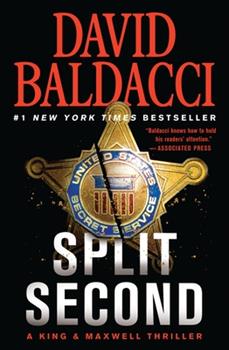 Two Secret Service agents sworn to guard their protectees lost them in a single moment . . . and in this #1 New York Times bestseller, they're about to learn that the violence has just begun. Michelle Maxwell has just wrecked her promising career at the Secret Service. Against her instincts, she let a presidential candidate out of her sight for the briefest moment and the man whose safety was her responsibility vanished into thin air. ​Sean...

Published by Thriftbooks.com User , 18 years ago
Secret service agent Sean King will never forget the day a presidential candidate he was guarding is gunned down. Eight years later another agent, Michelle Maxwell find herself in the same hot water when the candidate in her charge disappears. She seeks out King to help her unravel the mystery. The narrative that follows is filled with unexpected danger as it becomes unclear as to who is tracking whom. As usual with Baldacci's plots it is hard to figure out who is the pursued and who is the pursuer. Another hit for this talented author.Beverly J Scott author of Righteous Revenge, Ruth Fever and Jena's Choice.

Published by Thriftbooks.com User , 18 years ago
David Baldacci's current thriller is another winner. It follows the investigations of two highly skilled but disgraced secret service agents out to find the answers to the mysterious events that have been haunting them.Sean King was an accomplished secret service agent until his attention wandered for just a 'Split Second' that changed his life. Now a successful attorney he's living a quiet life in Virginia while continuing to dabble in law enforcement as a part time deputy sheriff. Suddenly King discovers the dead body of a man in the witness protection program in his office and now he must find some answers before he becomes the lead suspect.Michele Maxwell is the quintessential over achiever. She's a Harvard grad, an attorney, an Olympic silver medalist, and a rising star in the secret service. Then she makes a small error in judgement. She allows her protectee to enter a funeral home alone, to pay his respects to the widow of his former mentor, and he is abducted. With her career in ruins Maxwell seeks answers which lead her to Sean King and some uncanny connections between two incidents almost a decade apart.In 'Split Second' Baldacci has once again penned compelling characters and intriguing suspense. He managed to take three seemingly unrelated events and seamlessly weave them into a spell binding mystery. Maxwell and King are extremely likable and convincing. They reluctantly make a great pair of detectives with just a hint of romantic interest. It is impossible to put this one down until the final culprits are revealed. I was glad to read that Baldacci is working on another book that will bring back King and Maxwell.

Published by Thriftbooks.com User , 18 years ago
Scott Brick, an accomplished actor with credits on film, television and radio, also has taken home the Audie and Earphone awards. The experience and assurance he has gained in the recording of more than 150 books is crystal clear in his stellar reading of the Unabridged version of popular author David Baldacci's latest. An equally talented voice performer, Ron McLarty offers a different twist but no less compelling reading of the Abridged versions. Baldacci fans who remember with pleasure the high octane suspense and rapid fire action in "Last Man Standing" and "Absolute Power" will be equally pleased with this absorbing tale of two Secret Service agents who combine sleuthing skills to solve a mystery that darkens and deepens with time. Sean King's career as a Secret Service agent was over almost a decade ago when the political aspirant he was guarding was assassinated. Law is now his metier, and he's a success at it. His scarred past surfaces again when another political candidate is grabbed despite the watchful eye of Secret Service agent Michelle Maxwell. Sean and Michelle combine forces believing that the two, the decade old murder and the recent abduction, are somehow connected. Before long body counts rise, and the pair have no idea who is behind the mysterious plot or, worse yet, who the next victim will be. As always, Baldacci mixes suspense with romance - an intriguing combination. - Gail Cooke

Another Winner for David Baldacci, A Stunning Book

Published by Thriftbooks.com User , 18 years ago
I'd read a couple reviews that really slammed this book, so when a good friend got an advance copy and loaned it to me, I was almost afraid to read it. But, of course, I did. I mean we're talking about David Baldacci, after all, the man who has been responsible for several sleepless nights at my house. "Absolute Power," "The Winner," and the stunning, "Saving Faith," masterpieces all. Baldacci's books are about entertainment, and my Lord he entertains. He takes us out of our lives and plants us squarely with his characters. No longer are we office workers, nurses, truck drivers or librarians.Still, after those horrid reviews, I was afraid, for I've never picked up a book by this man that I didn't thoroughly enjoy. There are so few writers out there that can quicken our hearts, it would be sad if we were to lose one. But after the first page, I knew those reviewers, those professional people that read books before they come out, were wrong.Yes, some might say the premise is impossible, but it's not to those of us who are still wondering who killed JFK. And besides, isn't that what thrillers are supposed to be about, taking an impossible premise and making us believe in it and believe me, David Baldacci makes you believe in his plot and care for the people who walk through his pages.I loved this book and I'm gonna read it again before I have to give it back. "Split Second" is a five star offering and if I could give it a sixth or even a tenth star, I would. Those people in that professional reviewing organization that said this book's characters were flat are just plain full of hooey, and if I wasn't a lady, I'd tell you just what else they're full of. Yes, our heroes do a lot of wondering and figuring, but I was wondering and figuring right along with them. And maybe the book leans a tad bit more to the mystery genre than his other thrillers, but so what? The last thing a reader wants from an author are carbon copies of past successes.David Baldacci has giving us a fine body of work, but he certainly doesn't have to use any of it to prop up "Split Second." This book can stand by itself very well. It would have been every bit the success it's going to be, even if it would have been Mr. Baldacci's first novel. Clint still would have been in the movie.However. there is that one nagging worry that still tingles at the back of my mind. We eventually find out who assassinated presidential candidate Clyde Ritter, but we are still left wondering who killed JFK. That, of course, is not Mr. Baldacci's fault, but wouldn't you like to know?Again, this is most definitely a five star thriller-slash-mystery. I can't recommend it highly enough.Review submitted by Captain Katie Osborne.

Split Second Mentions in Our Blog 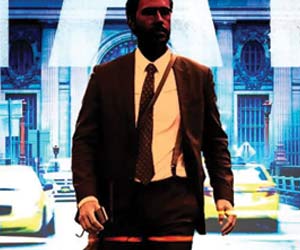 We’re all pretty excited about David Baldacci’s new novel. Like many of Baldacci's scintillating political thrillers, The 6:20 Man features a complex, deeply flawed protagonist who finds himself embroiled in a high-stakes confrontation with shadowy forces.