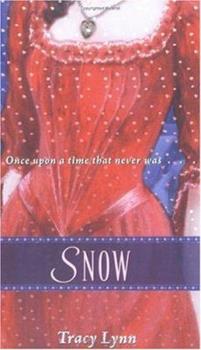 (Part of the Once Upon a Time Series)

"ONCE UPON A TIME" IS TIMELESS The Duchess Jessica's childhood began with a tragedy: her mother's death. Her father, heartbroken at the loss of his beloved wife, could not bear to raise the child.... This description may be from another edition of this product.

Took me years to find this again

Published by Ray M , 1 year ago
I first discovered this book years ago in a library and fell in love with it. For years, I tried to find it again, I’m so glad it was here!

Strong writing and plot--enjoyed it!

Published by Thriftbooks.com User , 13 years ago
An very intriguing retelling of the Snow White tale. I enjoyed seeing the parallels between the original tale and this retelling unfold and many of them took me by surprise. The author didn't try to stick too closely to the original tale at the expense of her own story, but rather took the bare bones and wove her own tightly-packed narrative around them. I agree with another reviewer that the beginning was a bit slow, but once I'd read about ten pages, I was hooked and didn't want to stop reading. I'm an adult and this was aimed at teens, but I wish it had included a well-defined romance, and I have a feeling some teens might have enjoyed that also. Other than that I think this book was wonderful and I recommend it!

"These Two Came with a Riddle, and Have Already Paid the Price for their Answer Already..."

Published by Thriftbooks.com User , 14 years ago
The "Once Upon a Time" series is concerned with taking the traditional plot-points of traditional fairytales, updating them to a contemporary setting (or rather, a more contemporary setting than the typical medieval time-period; this one for example is set in the Victorian Era) and replacing the fantasy elements with more rational explanations for the weird-and-wonderful events that take place. "Snow" is obviously inspired by the tale of Snow White and the Seven Dwarfs, and Tracy Lynn does an above-average job of updating the story, whilst still maintaining a fairytale atmosphere to the proceedings. Jessica is born to a Duke and Duchess in the Wales countryside, though with her birth comes her mother's death. Shunned by her father, Jessica is raised by the servants of Kenigh Hall until the arrival of Lady Anne Mandagor, her new stepmother. Though they tentatively get along at first, Anne's obsession with youth and beauty - as well as begetting a male heir - eventually puts Jessica in danger. Disregarded by her father, and forced to grow into womanhood on her own, Jessica is eventually forced to flee to England under the alias of "Snow." Also in the mix is Alan McDonald, a musician given to Anne on her wedding day, who becomes both friend to Jessica and confidant to Anne, his silence assured by a necklace that his mistress secures around his neck. As Snow, Jessica falls into the company of five odd beings who calls themselves "the Lonely Ones," creatures who seem to be half-human, half-animal. Agreeing to look after their underground home whilst they go about their dodgy business in the streets above, Snow finds a home for herself in their strange company. But when her stepmother reappears in the city, apparently seeking repentance, Snow remembers what it was like to be Jessica, and finds herself longing for the life she lost. But is Anne really to be trusted? "Snow" is quite a choppy book, flitting from one scene to another, and introducing characters quite late in the story, but on the whole I quite enjoyed it (and the random nature of the story helped keep it independent from the predicable source material). Lynn is especially creative in updating the magical components of the story, with Anne's pseudo-scientific material, and new ideas for the magic mirror, seven dwarfs, Snow's death-like slumber and the awakening kiss. There's even a character called the Clockwork Man who is a strange amalgamation of human and machine. It's all a little far-fetched - (although it's not "fantasy", the components that Lynn uses could easily be called "fantasy-science"), but it works reasonably well within the context and mood of the story. Lynn also does some interesting things with the pacing of her story: some chapters are placed out of sequence, others are devoted entirely to a letter or a ballad, others are called "interludes" - placed between chapters and usually containing the points-of-view of other characters. Another chapter is divided into time

A wonderful twist to a beloved story

Published by Thriftbooks.com User , 14 years ago
Jessica was never loved by her father, being to blame for the death of her mother. Being ignore by her father, Jessica grew up with the servants. Once her father married Anne, her world changes. Jessica grows up, somewhat of a lady with her friend Alan, a scottish fiddler who was a present to Anne. After Anne tries to kill Jessica, Jessica runs off to London and runs in with five people who have characteristcs of animals. Instead of Jessica, she goes by Snow, a nickname that Davey, a servant boy, gave her. Here, she makes and lives with the five until her stepmother comes to try to "mend" things with Snow. I wasn't sure how this book was going to be. I first read Beauty Sleep and then picked up this one because I knew the story of Snow White. When reading it, I found it gripping and I couldn't put it down. Once she ran off and found Sparrow, Cat, Mouser, Chauncey and Raven I could not put this book down. There aren't 7 people who look after her, but 5/6 so I'm not that picky. The twists that Tracy threw into this book really makes the story original in a retelling sort of way. It was an amazing book and once I finished it, I HAD to go back and read my favorite parts. Amazing book.

Published by Thriftbooks.com User , 18 years ago
For those of you who delight in new variations on classic fairy tales, this is a story you will enjoy. For those who are put off by the predictability of the "fairy tale retold," remember that getting lost in the forest is a metaphor, and strangers can be more threatening than a brooding wood. This is an engaging story of a provincial young lady whose discoveries about belonging and retribution add new dimension to these timeless subjects. Surely some of the situations this "Snow White" encounters in old London will resonate with the modern complexities facing the young adults for whom this book was written. Good entertainment, with new twists and clever new visions; not what you might expect. Recommended for age 12 and up.

Published by Thriftbooks.com User , 18 years ago
When Jessica is born, and her mother dies during labor, her father, the duke of a tiny Welsh estate, rejects her at first sight, and leaves her for the servants to take care of. Years later, Jessica, now a young adult, with an evil stepmother, finds only tiny animals, and a servant boy to keep as friends. But when she finds that her stepmother is trying to cause harm to her, Jessica (now known as Snow, due to the paleness of her skin), flees the Welsh estate, and finds refuge in London with a band of outcast mutants, who are half animal, half human.From page 1, SNOW was an amazingly entertaining story, with twists and turns at every corner. Lynn did a fantastic job in creating a remake of the original "Snow White" story, in her own words. A must-have book for all who love a nice happy ending.Erika Sorocco
Copyright © 2022 Thriftbooks.com Terms of Use | Privacy Policy | Do Not Sell My Personal Information | Accessibility Statement
ThriftBooks® and the ThriftBooks® logo are registered trademarks of Thrift Books Global, LLC