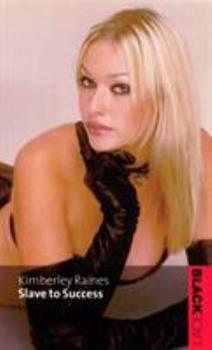 Eugene, born poor but grown-up handsome, answers an ad to be a sex slave for a year. He naively assumes his role will be that of a gigolo, and thinks he will easily make the million dollars he needs to break into Hollywood. However, on arrival at a secret destination in the Middle East he discovers his tasks are somewhat more challenging. He will be a pleasure slave to the Mistress Olanthe - a demanding woman with high expectations who will put Eugene...

Written by a Woman for Women

Published by Thriftbooks.com User , 14 years ago
Olanthe lives in and rules her desert kingdom. Her lover and master Brandon, is in the UK recruiting promising men to be "trained" for a year with the reward being a million dollars. Olanthe and Brandon then demand, after a certain amount of success, 10% of the candidate's income for life.This is the story of Eugene a young man determined to be an actor. He knows nothing of movies or acting and Olanthe sets out to teach him. Her methods are piercings, bondage, whippings.....Eugene is free to leave anytime which makes the story interesting. Kimberley Raines provides good character development of the two main characters Olanthe and Eugene. What makes it even more interesting is that Olanthe is a dom to Eugene and a sub to Brandon. Even so, she's in command. A good read in this genre!

Published by Thriftbooks.com User , 19 years ago
An above average yarn with better fleshed out characters than most. For fem-dom fans, the main character of Oleanthe is enough to leave you thinking hard about whether a million dollars is enough to put up with the trials and tribulations she puts her slaves through (piercings, whippings, public humiliation, etc.), although she does have a very imaginative use of glass marbles. Along the way author Kimberley Raines throws in interesting anecdotes about Middle East culture, Hollywood and cinema history, but the real theme of Slave to Success- the extremes of male sexual submission to a most demanding woman- will keep you turning the pages.
Trustpilot
Copyright © 2022 Thriftbooks.com Terms of Use | Privacy Policy | Do Not Sell or Share My Personal Information | Accessibility Statement
ThriftBooks® and the ThriftBooks® logo are registered trademarks of Thrift Books Global, LLC