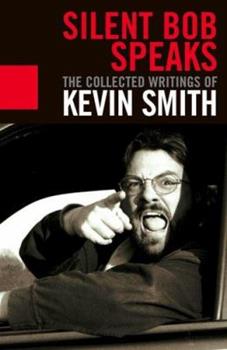 From the award-winning screenwriter and director -- a collection of irreverent and hilarious rants on the absurdity of just about everything.In 1994, Kevin Smith debuted his low-budget film Clerks at the Sundance Film Festival. It became an instant cult classic and made Smith the top dog of the indie film world. Next he was an executive producer of the smash hit Good Will Hunting and quickly earned the title "King of Gen X Cinema" from Time magazine...

Kevin Smith Fan? You Will Love This

Published by Thriftbooks.com User , 15 years ago
Kevin Smith proves himself as a very good writer once again with this collection of his blogs. There is a lot of behind the scenes information given as well as his likes and dislikes when it comes to movies and celebrities. The stories range from funny to serious, but all keep the interest of the reader the entire time. If you are a fan of the "Evening with Kevin Smith" DVD series, this is basically the same kind of thing but in book form. The stories are different than on the DVDs, so I didn't mean that the same stories are told that you have heard a thousand times. So basically, if you are a fan of Smith, this book is a must have that you won't be able to put down. If you're not a fan, why bother with this in the first place? Fans will find enjoyment, but I doubt those Clerks haters will have their opinions changed. This is for the fans, and fans...I can't say it enough, you will like this book.

A treat for Smith fans

Published by Thriftbooks.com User , 15 years ago
What does it mean to have a cult following? When one speaks of directors like Clint Eastwood, Ron Howard, Martin Scorcese or Steven Spielberg, the reference is to a director that appeals to a broad audience, as opposed to one who appeals to a smaller group. This limited appeal director can be said to have a cult following, and like with regular cults, the followers are often more avid (or deluded, depending on your viewpoint) than their mainstream counterparts. It's the different between Christians and Movementarians (Simpson fans will understand). Kevin Smith has a cult following and I am one of the cult. He will never have the broad popularity of Eastwood, et al, because that isn't his goal. His movies are crammed with dialogue and limited in action and often the items discussed could be considered offensive. Clerks, Smith's first movie, was almost given an NC-17 rating for the dialogue alone. But to those who don't offend easily, Smith's movies are often really funny. Smith himself is both a funny writer and speaker; as DVDs of his college tours show, he has a definite following and he can be hilarious in person. Silent Bob Speaks is a collection of essays he has written, primarily for Arena magazine. For those familiar with Smith from other things (his movies, etc.), this fits right in with the Smith they know. If you don't know Smith, this is not the place to start (for example, if you don't know who Silent Bob is, you probably need to rent one of his DVDs first (but not the atypical (although good) Jersey Girl). Much of the book deals with behind-the-scenes happenings for his movies Jay and Silent Bob Strike Back and Jersey Girl, with plenty of wonderful asides, such as why he doesn't like Reese Witherspoon but does like David Duchovny. For the most part, he is kind to the celebrities he discusses, and his interviews with Ben Affleck and Tom Cruise will give you some insights into those actors with very little negative material. And, most importantly, the book is really funny. One reason Smith has his cult following is that he successfully seems like one of the guys. You might like Steven Spielberg, but it's hard to imagine that he'd just like to hang out with you. On the other hand, Smith seems a lot less aloof; his movies are filled with friends of his and his view of himself is nicely self-deprecating. This book is more of what makes a Smith fan a Smith fan.

If You "Get" Kevin Smith, Than Get the Book

Published by Thriftbooks.com User , 17 years ago
"Silent Bob Speaks" is a book that any Kevin Smith fan will appreciate. Like his movies, you have to "get" Keven Smith to appreciate "Silent Bob Speaks." Smith is the first to know that Silent Bob's humor doesn't speak to everyone, so he doesn't try to change his ways to appease the masses. Smith is happy conveying his special brand of humor uncensored for those who like it the way it comes out. I highly recommend "Silent Bob Speaks" to fans of Smith's movies. I also recommend "A Long Way Down" and "My Fractured Life."

Published by Thriftbooks.com User , 17 years ago
This book is laugh-out loud funny, an hilarious and irreverent look inside a filmmaker's world, one who professes love for his family, friends, his comics and films. I am a Kevin Smith fan and I admit it but I believe this book shows his best strengths lie in being a funny, acerbic written wit. I hope he writes more.
Trustpilot
Copyright © 2022 Thriftbooks.com Terms of Use | Privacy Policy | Do Not Sell or Share My Personal Information | Accessibility Statement
ThriftBooks® and the ThriftBooks® logo are registered trademarks of Thrift Books Global, LLC