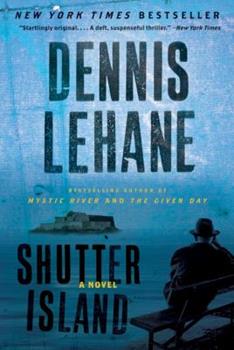 The basis for the blockbuster motion picture directed by Martin Scorsese and starring Leonardo DiCaprio, Shutter Island by New York Times bestselling author Dennis Lehane is a gripping and atmospheric psychological thriller where nothing is quite what it seems. The New York Times calls Shutter Island, "Startlingly original." The Washington Post raves, "Brilliantly conceived and executed." A masterwork of suspense and surprise from the author of Mystic...

Published by 224perweek , 9 months ago
As weird as it may sound, I liked the movie better. Don't get me wrong. The book was good also. Just not as good.

Published by Thriftbooks.com User , 19 years ago
First there were the noir detective books. Then "Mystic River", which was 70-80% different. "Shutter Island" is a 100% switch from either of those. I was fortunate enough to purchase mine at a book signing where Lehane answered questions for about an hour. He has taught writing extensively and is a very patient, cordial and articulate inverview (not all writers speak well). Lehane said something that helps understand all his work, but especially this one. He said his stories are about people who strive and strive for what they want, only to wind up with what they need instead, and is makes their soul whole. "Shutter Island" is a very tight (we know what the main character, Teddy, knows - period), freightening story. Still, Lehane laces his outstanding literary skills and fantastic story line with his usual humorous passages, and his wonderful, punchy descriptive metapors. "Shutter Island" is not literally a haunted castle story. All the characters are "real" (human) and there are no ghosts or other-world beings. But it is absolutely, positively the best haunted castle tale I have ever read. This book goes on my list of all-time favorites.

One of the best thrillers I've read in a while

Published by Thriftbooks.com User , 19 years ago
"Shutter Island" is the first book by Dennis Lehane I've ever read. I heard about this book from a movie Website. Apparently Wolfgang Peterson (director of Air Force One, and In the Line of Fire) has optioned this book to be turned into a movie. Reading this book, I can say it would make a FANTASTIC movie. But I digress...Dennis Lehane's prose is very well paced; secrets behind every corner. Plot twists abound, but I can't say the whole book surprised me because I thought of just about every scenario Marshals Daniels and Aule could get into. At first I thought the premise of two US Marshals looking for an insane, escaped murderess on an island during a hurricane was a little to zany to work, but man, I'll tell you, the whole book is so well done! And I was TOTALLY satisfied with the denouement.The dialogue really grabs you. Its funny at times, heartbreaking at others and completely true to life. Kudos to Dennis Lehane! Now I'm gonna have to go back and read his previous works, and I can't wait!

Published by Thriftbooks.com User , 19 years ago
Fear, obsession, paranoia...Dennis Lehane's "Shutter Island" is the stuff nightmares are made of. It is noir psychological suspense at its finest.An isolated island, a raging hurricane, a locked room, secret codes, a mental hospital, rumors of mysterious medical experiments frame the story.It is a scary, deceptive, disorienting, complex story grounded in the reality of the times...cold war USA in 1954 ("I like Ike").Mr. Lehane weaves many threads throughout the unpredictable plot. The set up is thorough and the characters are fully developed. The twists and turns play havoc with your mind.The unexpected is the norm...a couple of times I was able to figure something out a page and a half before it was revealed, but that was rare. The ending is unguessable.Immediately upon finishing, I reread the prolog and final chapter...and will read this book again. I have not been so dumbfounded by an ending since William Diehl's "Primal Fear.""Shutter Island" is etched in my memory.

Oh, man. Read it. A shocker and a surprise.

Published by Thriftbooks.com User , 19 years ago
Shutter Island came to me by accident; I ordered a different book, the bookstore sent this one, then discovered their mistake and told me to keep it anyway. So I read it - and became instantly engrossed, as well as an instant fan of Dennis Lehane.The plot revolves around the investigation into the almost magical, surely impossible disappearance of a woman from a heavily guarded hospital for the criminally insane. Set in the milieu of the 50s, that decade of The American Dream, there's an inherent innocence at play in the background, a sense of truth, but something dark and maybe deadly is going on. Then comes the threat of a hurricane and a prison riot...It'll keep you up all night, no lie.

You will be discussing this book for quite some time!

Published by Thriftbooks.com User , 19 years ago
Readers approach an established author with expectations. Not that there's anything wrong with that. Those expectations help keep readers familiar with the author, while recommending the author to friends and attending book signings --- all of those good things. So what does one do when a favorite author not only steps away from established characters, but also takes a familiar genre... and tinkers with it a bit, and thus transforms it into something else?This is precisely what Dennis Lehane does with SHUTTER ISLAND, a book very different from what he has done in the past and also different from what others laboring mightily in the mystery and suspense idiom have done. Lehane made his bones with five novels featuring the duo of Patrick Kenzie and Angela Gennaro. His last novel, MYSTIC RIVER, was a departure from those characters but still covered the same territory that Lehane has demonstrated an intimate familiarity with, that being modern-day, working class Boston, through the prism of the detective novel. SHUTTER ISLAND is a totally different animal.SHUTTER ISLAND takes place not in 2003 but in 1954 and not in Boston but in view of it --- in Ashecliffe Hospital --- located on Shutter Island, an island with a history dating back to the Civil War. The tale is told through the eyes of U.S. Marshal Teddy Daniels, the son of a fisherman, a man whose life has been marked by tragic violence and sorrow suffered in quiet silence. When we meet Daniels, he is on his way to Ashecliffe Hospital to investigate the disappearance of Rachel Solando, one of the patients. Her disappearance is significant because Ashecliffe is not an ordinary hospital, but a treatment and holding center for the criminally insane. The island is accessible only by ferry and there is simply nowhere that Solando could have gone.However, as Daniels and Chuck Aule, his newly acquired partner, begin their investigation, it is immediately apparent that all is not right. The doctors who run the hospital are not entirely cooperative, the assistant warden seems to be more obstructive than not and the warden is an enigmatic character who, within the brief period in which the reader makes his acquaintance, is quite frightening. But to say that nothing or no one on SHUTTER ISLAND is as it or they seem to be is an understatement. And when Solando reappears as suddenly as she vanished, it is a signal that the mystery is only beginning. But SHUTTER ISLAND is more, far more, than a mystery novel. The last chapter of this book will cause you to read it again and again, and then reread the entire novel. All is revealed, yet all remains obscure.SHUTTER ISLAND is a genre-bending novel that is as absorbing a book as you are likely to read this year, combining the best elements of Agatha Christie, Eric Ambler, Philip K. Dick and Dennis Lehane. Readers will be discussing this novel --- and its ultimate revelation --- for quite some time. Very highly recommended. --- Reviewed by Joe Hartlaub

Shutter Island Mentions in Our Blog 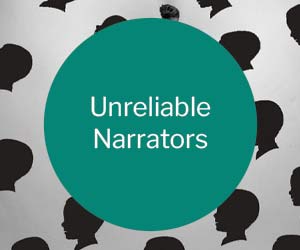 Books with unreliable narrators are the literary equivalent of the sand shifting under our feet. Told from the POV of characters who can't (or won't) provide a complete or accurate account, they are, at once, both bewildering and thrilling. If you like this kind of story, here are ten great titles to consider.