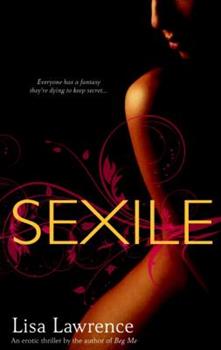 Published by Thriftbooks.com User , 13 years ago
Children's book author and sometime private investigator (see STRIP POKER and BEG ME for her previous cases); Teresa Knight is hired to go undercover at London-based porn filmmaker Silky Pictures. The owner Luis Antunes has been accused of illegally working as a pimp pressuring his actresses into prostitution and those reluctant to having sex on film. Teresa obtains work as a director and quickly feels comfortable working trip X sequences and a few X to the nth degree sexual exploits. Her efforts behind the camera lead to clues of an international sex-slave trade headquartered in Rio while also fleeing French and English law enforcement who accuse her of pushing her new boss off a hotel balcony. As she works to end the lucrative sex trade and clear her name of a homicide rap, Teresa finds herself in deeper trouble as she is accused by authorities of being a Jihadist terrorist. As usual Teresa depends on herself to find the fitting climax. The third Knight sexploits is a fun over the top of Big Ben, the Eiffel Tower and the Statue of Christ the Redeemer at the peak of Corcovado Mountain. Teresa, as always, lands in trouble and sex as she leaps from one fiery encounter to another. The story line is fast-paced from the onset and never slows even with a zillion and one sexual interludes, as Lisa Lawrence provides an entertaining heated tale as the heroine is forced into SEXILE from her home in order to clear her name one following clues one tryst at a time. Harriet Klausner
Trustpilot
Copyright © 2022 Thriftbooks.com Terms of Use | Privacy Policy | Do Not Sell My Personal Information | Accessibility Statement
ThriftBooks® and the ThriftBooks® logo are registered trademarks of Thrift Books Global, LLC