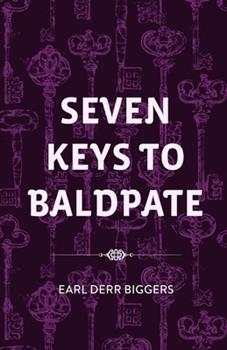 "Seven Keys to Baldpate is a 1913 novel by Earl Derr Biggers. A bestseller, it was adapted by George M. Cohan into a play, which in turn was adapted several times for film, radio and TV.The plot of the novel differs from the play in many respects.The setting was based on the real Baldpate Mountain. An American hotel inspired by that name, The Baldpate Inn, opened in 1918."