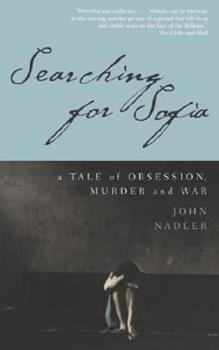 Searching for Sofia : A Tale of Obsession, Murder and War

This description may be from another edition of this product. From journalist John Nadler comes a real-life Romeo and Juliet story set in war-torn Kosovo. Nadler has stumbled upon a bitter epic romance in the ashes of inter-ethnic strife in the former...

Lost Love: A Powerful Story About a Forgotten War.

Published by Thriftbooks.com User , 17 years ago
John Nadler's exploration into Kosovo's civil war is predicated on a star-crossed secret romance between a young Albanian Kosovar and his Serbian lover. As a war correspondent for Southam News, Nadler encounters Jorg, a Kosovar refugee, and agrees to help him reunite with Sofia, his Serbian girlfriend and possibly the daughter of the Serbian para-military leader responsible for the murder of Jorg's father. Nadler's journey through Serbia and Kosovo in search of Sofia becomes a metaphor for all that was won and lost in seven years of Balkan conflict. With the events of September 11 and the war in Iraq, many Westerners have forgotten the horrors of the break-up of the former Yugoslavia. Nadler's portrayal of the trials of both Serbs and Albanians during and after the Kosovo conflict is a sensitive and engaging analysis of war and its human consequences.
Copyright © 2020 Thriftbooks.com Terms of Use | Privacy Policy | Do Not Sell My Personal Information | Accessibility Statement
ThriftBooks® and the ThriftBooks® logo are registered trademarks of Thrift Books Global, LLC