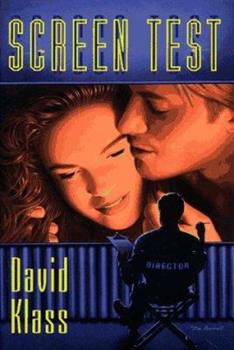 This description may be from another edition of this product. While starring in her first feature film, sixteen-year-old Liz is dazzled by Los Angeles and a charming and handsome leading man and wonders what it will be like to return to her normal life in New...

Published by Thriftbooks.com User , 19 years ago
Liz Wheaton, a high school sophomore from New Jersey, has been given a chance that young women only dream about. After acting in a small, independent film, she is discovered and asked to move to Hollywood to star in an upcoming movie. After long talks with her friends and boyfriend, Eric, and long walks with her parents, Liz decides to go for it. After all, she could make more money in one summer than her parents could in an entire year. Upon her arrival in California, she meets her gorgeous co-star, Tommy Fletcher, who not only showers her with compliments, but also tries to convince her that she is made for Hollywood. After attending glamorous star-studded parties, spending numerous hours at the beach, and falling for Tommy, Liz begins to think she does belong in Hollywood. However, after an unexpected event, Liz is forced to question her morals and future life as a Hollywood actress. She slowly discovers that the Hollywood lifestyle is a façade and that people can't change and they shouldn't be made to try. Upon this realization, Liz decides to turn down fame and bright lights for the comfort of her New Jersey life. This is an exciting story about a young woman's desire to experience the unfamiliar lifestyle of a Hollywood actress, while teaching the reader about working though difficult decisions. This book would hold the interest of students in 7th and 8th grade. Teachers and parents could use this book to promote the study of geography, problem solving, theater, positive communication, and social relationships.

Published by Thriftbooks.com User , 22 years ago
i read this book at school and could not put it down. i love romance. i really think the ending could have been better but other than that it's worth buying. i think i just might buy it and read it over and over until i memorize it!!! ENJOY!!!

Published by Thriftbooks.com User , 22 years ago
This book is my all time favorite. I read it in my library and i liked it so much that i bought it and read it over and over again many many many times.
Copyright © 2020 Thriftbooks.com Terms of Use | Privacy Policy | Do Not Sell My Personal Information | Accessibility Statement
ThriftBooks® and the ThriftBooks® logo are registered trademarks of Thrift Books Global, LLC