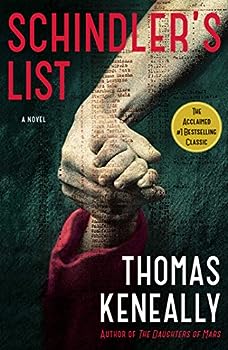 The acclaimed bestselling classic of Holocaust literature, winner of the Booker Prize and the Los Angeles Times Book Award for Fiction, and the inspiration for the classic film--"a masterful account... This description may be from another edition of this product.

Published by Fred , 2 years ago
Everyone has said it all. This was a book I could not put down at times or most of the time. It is good to be able to read such a wonderful true story, very emotional writing, the author knows how to keep you interested.

Published by Thriftbooks.com User , 14 years ago
"The unconditional surrender of Germany," he said, has just been announced. After six years of the cruel murder of human beings, victims are being mourned, and Europe is now trying to return to peace and order". Schindler's Ark tells a true story about a German gentleman, drinker and a womanizer who saved many Jewish lives during World War II. This powerful novel gives off a realistic sense of terror, describes the many horrific events and lots of romances being painfully torn apart. This is about a man who wrote a list, a list that made a great impact on many people's lives until one day when it all goes wrong. Thomas Keneally has told the story in a way which will grip the reader. The reader will go through a whole array of emotions. This book invites us all to remember those lives, some of whom were taken and some of whom have changed forever! After all, this is a true story! "The dust of the dead fell in hair and on the clothing hung in the back gardens of junior officers' villas". This book is best suited for ages 13 and up.

"He who saves a single life saves the whole world."

Published by Thriftbooks.com User , 15 years ago
Thomas Keneally's Booker Prize-winning, fictionalized biography of Oskar Schindler memorializes a member of the Nazi party who endangered his own life for four years, working privately to save Jews from the death camps. A playboy who loved fine wines and foods, he was also a smooth-talking manipulator (and briber) of Nazi officials, as well as a clever entrepreneur, already on his way to stunning financial success by the early days of World War II. Nowhere in Schindler's background are there any hints that he would one day become the savior of eleven hundred Jewish men and women. While the excellent film of this novel concentrates on the dangers Schindler and "his Jews" faced daily throughout the war, Keneally, well known for his depictions of characters acting under stress, concentrates on the character of Oskar Schindler himself, beginning with his childhood and teen years. As he explores Schindler's transformation from war profiteer and "passive" Nazi to a man willing to use his fortune to ensure the salvation of his factory workers, Keneally reveals a man of enormous courage and derring-do, a man who thrives by living on the edge. Presenting episodes from the lives of some of the "Schindlerjuden," Keneally highlights their humanity, creating moments of high drama. Characters such as Leopold Pfefferberg and factory manager Itzhak Stern move in and out of the narrative, illustrating graphically the extent to which their lives depend upon Oskar Schindler, while the constant intrusion of sadistic SS commandant Amon Goeth in Schindler's life shows the fragility of their security. Other stories, of people who just missed being saved by Schindler, highlight the arbitrariness of fate--chance--in their (and our) lives. Throughout the novel, Keneally stresses the importance of bearing witness and testifying to the atrocities. In one of the novel's most moving passages, Schindler and his lover ride horses to a ridge where they can view the expulsion of the Jews from the Krakow ghetto, watching, horrified, as old or crippled laggards are murdered in front of Jewish children. "They permitted witnesses because they believed the witnesses, all, would perish, too." Later, Schindler works with a Zionist rescue organization, secretly going to Budapest to testify about the hidden death camps. Schindler's heroism, his goodness within a country committed to the extermination of other humans, his recognition that witnesses are essential, and his ability to use the system in order to hasten its end bring this story of one man's fight against the Holocaust to life. But it is Keneally's incorporation of Schindler's faults and excesses which gives texture and depth to this portrait and make Schindler a character with whom the reader can identify. Keneally's meticulous research and his portrait of Schindler after the war, beloved by Jews but at loose ends personally and professionally, make this novel an unforgettable study of character and time. Mary Whipple

A Detailed Human Account of a Dark Time in History

Published by Thriftbooks.com User , 18 years ago
I saw the movie ten years ago so I thought I knew what to expect from this novel. (By the way, this is a _fictionalized_ account of a story that is, for the most part, true, and is well-researched by the author)This novel is very well written, and full of themes that apply today as much as they did during the holocaust. The thing I like about this story is it forces the reader to examine what makes a man good vs. what makes a man evil. Schindler starts the novel as a brilliant but self-serving war profiteer, exploiting his jewish workers in some of the same ways as the Nazi Party starts out doing. However, Schindler sees a few things that start him on the course to becoming a modern-day saviour, the most impressive image being the brutal killing of a little jewish girl whose beautiful red dress he had admired from across the ghetto. The book is filled with shocking imagery such as this, which make it all the more moving, but not recommended for the faint-of-heart. There were many passages I read, after which I could feel my stomach turning.Oskar Schindler saw all this first-hand, and you feel as if you do as well when reading this book. Schindler risked his life throughout the entire war to save thousands of jews who were completely dependent on him. The whole time he was also competing with an SS Captain who probably killed, on any whim, ten Jews for every one life that Schindler saved.I would highly recommend this book, despite the fact that there are thousands of holocaust books on the market. This one transcends the setting.

Published by Thriftbooks.com User , 21 years ago
"Oskar had done nothing astounding before the war and been unexceptional since. He was fortunate, therefore, that in that short fierce era between 1939 and 1945 he had met people who summoned forth his deeper talents." -comment by Emilie Schindler to a German TV documentary crewThis, of course, is the essential mystery of Oskar Schindler. How was it that this charismatic but morally ambiguous man, a failure in every other endeavor he ever engaged in, was both willing and able to save over a thousand Jews from Nazi predation? And, if someone like him was willing and able, why were other, arguably "better", Germans unwilling or unable to do the same?These are the questions that Thomas Keneally's raises, but, despite the use of fictional techniques to tell the story, Keneally does not seek to answer them. Instead, he lays out the facts of the story (in thrilling fashion) and leaves the reader to search for answers. The result is an immensely human and interesting portrait of an enigmatic hero--infinitely more interesting than the simplistic black and white ubermensch of Spielberg's vapid movie.Perhaps the greatest import of the book is that resistance was possible, even in Nazi Germany. In the face of this fact, those Germans who went along with the Nazis must be judged even more harshly. This book and Jonah Goldhagen's Hitler's Willing Executioners combine to make a powerful case for the view that the Final Solution was perpetrated by the German Nation as a whole and that most Germans were willing to see it happen. More than that, they raise the question of whether it is appropriate to consider the citizenry of totalitarian states to be merely innocent victims of the regimes, or whether we need to hold every citizen responsible for even the silent capitulation that enables a reign of terror to continue.I know that Spielberg has made a big deal out of making his movie available to schools and young people; it would be much better to give them copies of this book. That a man like Oskar Schindler necessarily seems so remarkable to us, should be troubling to every person of conscience. This book forces us to look within and ask ourselves whether we too would have done the right thing. The answer is not as starkly clear as Hollywood would have us think.GRADE: A

Published by Thriftbooks.com User , 22 years ago
[My last review was botched in transmission. Please forgive the resubmission.]The Holocaust is a difficult topic to deal with as subject matter for a work of art; its horrors have been explicitly brought to light countless times in several different formats and knowledge of these horrors has pervaded our society such that nearly everyone has been exposed to them in some way or another. In order to tell an effective story about the Holocaust, one must do more than shock the reader with the evils that took place in concentration camps or Jewish ghettos--this has been done once and for all by those who lived through it. In Schindler's List, Thomas Keneally goes beyond such shock value by telling of the profound goodness that emerged--from such unspeakable evil--in the character of prison camp Direktor Oskar Schindler and his Schindlerjuden. In his telling of the story, Keneally's sure-handed prose adds credibility and its occasional delve into the poetic adds great emotional weight. The effect of such a telling is that of a slow toxin that siezes the reader by the heart and squeezes to the point of anguish, leading to a novel that is both deeply moving and absolutely believable. As for the story itself, Keneally focuses mostly on the actions and ambitions of Schindler, leaving the horror stories recessed in the background, creeping around the edges. When such evils are brought to the forefront of the tale, they are potent and real, but somehow serve more as chiaroscuro to the divine goodness of Schindler's deeds. Thus it is that much more effective when Schindler spends every bit of his entire life's fortune to literally buy life for as many of the Jews as he possibly can. When all is said and done, Keneally has done no less than consecrate the sanctity of life by weighing its importance against that of essentially meaningless things such as money. Schindler's List, by telling the story of a good man living in such evil times, has become an important addition to Holocaust literature. 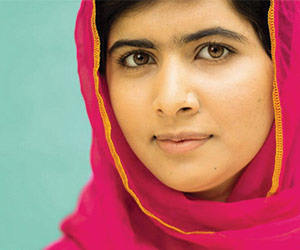 People Who Have Changed the World
Published by Bianca Smith • January 15, 2018

From developing technology to saving lives, read about people who have changed the world.