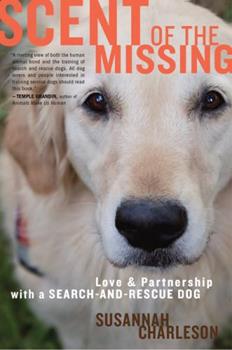 Scent of the Missing: Love and Partnership with a Search-And-Rescue Dog

An unforgettable memoir from a search-and-rescue pilot and her spirited canine partner In the wake of the Oklahoma City bombing, Susannah Charleson clipped a photo from the newspaper of an exhausted canine handler, face buried in the fur of his search-and-rescue dog. A dog lover and pilot with search experience herself, Susannah was so moved by the image that she decided to volunteer with a local canine team and soon discovered firsthand the long...

This was a fascinating look at the special relationship between a dog, her "partner" and their work

Published by Thriftbooks.com User , 11 years ago
It is somehow a misconception that those who choose to become members of a search-and-rescue team (SAR) would be highly paid individuals, but in actuality most pay for the privilege. The thorns from the underbrush rip at their skin and embed themselves in the pads of their dogs' paws. The dogs follow "rafts," or clouds of scent that can find those wanderers afflicted by Alzheimer's, a missing child, or one who has had to misfortune of drowning in a lake after falling from their boat. The teams, from all walks of life, are ready to head out to disasters and catastrophes of all sorts on a moment's notice, but the preparation that leads up to that moment is all but simple or fleeting. When Susannah Charleson went in search of her Golden, dogs known in the field as "high-drive dogs," she had to make agonizing decisions to find just the right puppy. She already had "three elderly cats and six dogs" and she had to know for sure that this pup was the right one. When she found Puzzle, she knew that she had scrutiny and intelligence and she began thinking about the future where those qualities would be sorely tested. From the moment she first held Puzzle her training began. The SAR teams were a special breed and as Susannah aptly states, " . . . we share a deep sense of responsibility toward our fellow human beings, driven by an impulse to serve that intensifies during training and completes in the search field tough training and testing." (P. 68) Would Puzzle and Susannah be able to create that bond and embrace that extreme dedication that they would both need to be successful SAR members? Susannah quickly discovered the learning curve would be steep when Puzzle began to terrorize the entire household with her antics. Maddy, the cat, soon leapt for the back of the couch and she terrorized each of the Poms in turn, who looked "like they've been to a horror show." Susannah began to learn things from the SAR members that she had to learn to "trust the dog." She learned how to conduct a search, scent-traps, the difference between trailing vs. tracking, and she learned the signs of defeat in a dog. They quickly learned by watching Saber, Hunter, Max, Johnny, Buster, Shadow, Mercy, Misty, Belle, Hoss, and other dogs working with their trainers. They were going to have to work in the wilderness, urban environments, and would be called on when there were disasters. Eighty percent of all teams washed out, but they were determined to make it. They were going to be tested and they could not fail. This was a fascinating look at the special relationship between a dog, her "partner" and their work as an SAR team. The writing was exquisite and so comfortable I felt as if I were sitting in an overstuffed chair listening to someone talk about their experiences. The flow of the book wasn't such that I couldn't put it down, but rather one that I savored and looked forward to picking up each opportunity I got. The reader will quickly develop an affin

Published by Thriftbooks.com User , 11 years ago
I was a distant observer as Susannah became Puzzle's partner, and was very excited when Susannah announced that this book was going to be published. I can't add anything to the other great reviews, except to say that you'll find this book to be an easy read. Susannah's prose is easy to read, and well edited. You'll be wanting more!

Published by Thriftbooks.com User , 11 years ago
I learned two main things from this book. The first was, if I'm ever lost in the wilderness, or my senility increases until I wander aimlessly away from the house, or even, in the worst case, if I drown and my body gets stuck underwater (Yes, these dogs can help pinpoint a body at the bottom of a lake, from a boat on top of it), I want someone like Susannah Charleson and her dog Puzzle to come find me. The dedication that these people, and these animals, show to this grueling, heart-wrenching, UNPAID task, is nothing short of amazing. By the time Susannah and Puzzle gained their certification in Search and Rescue, they had spent thousands of hours going through practice sessions and over different terrain, honing their communication and teamwork, building their unspoken connection, learning the ins and outs, the habits and tricks of the trade in all kinds of scenarios. Susannah spent years running behind other handler-dog teams before she even got the go-ahead to pick out a puppy to train; years spent handling radio communications and map navigation, years spent observing every other dog in her unit in Texas. And let us note: these are years spent doing these things on weekends, and in the middle of the night after being woken by a page and sprinting out of the house, from dead sleep to fully dressed, equipped, and ready to move in less than fifteen minutes -- and then going to work the next day. This woman, and every other person that is involved in this, is truly remarkable. The second thing I learned is that I don't ever want to do this job myself. Amazing to read about, but oh man -- I need more sleep than that. I need less time (Not that I spend any now, but you get my point) spent looking for people who are missing and possibly dead, with the chances of a successful rescue growing smaller and smaller as time wears on. I need less time standing watch over a small fragment of the space shuttle Columbia, waiting for an official from NASA or the FBI to come and collect the evidence, one piece of millions spread over thousands of square miles. I need less time spent hiding in between sweaty, smoke-stained mattresses inside a firefighter's practice burn building, in a Texas summer afternoon, posing as a victim for a practicing dog to find. I would like to spend my time playing with my dog, thank you. In the air conditioning. That is not to say that Susannah and Puzzle -- and Susannah's six other dogs, a variety of rescued Pomeranians -- don't spend time playing; they spend plenty of time playing, and plenty of time relaxing and napping, and bonding into a pack and being together, and all of those things were wonderful to read about. The entire book was wonderful to read, even the sad parts; Charleson is quite a good writer, and the detailed descriptions of the life of a Search-and-Rescue team were fascinating and informative. So I think I'll leave the hard parts to the people who are willing and able to give so much, and I'll ju

Published by Thriftbooks.com User , 11 years ago
Who hasn't been moved by the pictures of search and rescue dogs and their handlers at the scenes of major disasters? This is the story of a woman who decides to become a handler and the engaging golden retriever who becomes her partner. The author, a former flight instructor, finds herself living alone with her pets, when she becomes fascinated with search and rescue. Starting as an assistant, she decides to become a handler. After exhaustive research, she winds up with a retriever puppy she names Puzzle. As she and Puzzle adjust to each other, her household and the training, they slowly learn to trust and love each other. As the author confronts ghosts of the past and health challenges, she learns to appreciate the special bond she has forged with Puzzle and the members of her search and rescue team. I like that she did not sugarcoat the process or the results. There are anecdotes of real searches, some with happy endings, some without. There are some real laugh out loud moments as Puzzle finds her way into the author's heart and home. I was impressed with the dedication of the volunteer search and rescue teams and amazed by the abilities and intelligence of their canine partners. This is a must read, honest, uplifting and enjoyable.

Published by Thriftbooks.com User , 11 years ago
It was a privilege to read this absorbing book. I think reading it was timed to my needs, because I am training a young assistance/service dog, and in the book the author trains a young Search and Rescue dog. My dog is a Standard Poodle, and hers is a Golden Retriever. Both of them love just about all humans! I've had a lot of dog experience, including training a dog in tracking through the Tracking Dog Excellent test level. I wanted to find a way to pursue my love and ability with dogs, and my health simply would not permit Search and Rescue. I wasn't interested in showing dogs for competitive titles. I couldn't imagine dealing with the coming and going of dogs for breeding them, nor with the dog health issues of breeding. But then therapy dog volunteer work came along, and it was a perfect fit. When I had enough knowledge, I wrote a book about it to help other volunteer handlers and to protect dogs from the many errors people make in putting them into these situations without proper knowledge. I am so grateful that the book has made a real difference in therapy dog volunteer work in the years since. Reading "Scent of the Missing" makes me enthusiastically recommend this book. The author has enormous knowledge of the entire process of Search and Rescue work with dogs, and shares it wonderfully well. The writing is tremendous. Some detail about the author's life in the book is very pertinent, too. She is the dog's handler. They are a team. What affects her affects the dog. Her story and Puzzle's story are both central to the book. Her descriptions of situations and scenes and experiences are terrifically written. I suspect some of her language is influenced by writing reports for all the training and search work she has done. I love it. I heartily recommend this book to anyone who is interested in Search and Rescue dog work. And it will also be of great interest to those who are interested in dogs who do jobs, in contrast to dogs who are bred and exhibited in competitive events. Jobs are different. Dogs who can do jobs are incredible.

Scent of the Missing: Love and Partnership with a Search-and-Rescue Dog Mentions in Our Blog 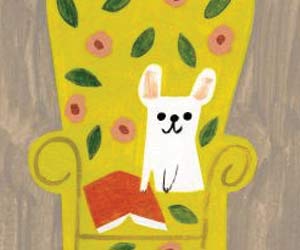