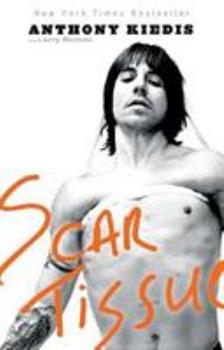 by Anthony Kiedis and Larry Sloman

In this "vivid and inspiring" New York Times bestseller (Newsweek), the Red Hot Chili Peppers' lead singer and songwriter shares a searingly honest account of life in the rock scene's fast lane--from the darkness into the light. In 1983, four self-described "knuckleheads" burst out of the mosh-pitted mosaic of the neo-punk rock scene in L.A. with their own unique brand of cosmic hardcore mayhem funk. Over twenty years later, the Red Hot Chili Peppers,...

Published by Carrie Davidson , 2 months ago
I would really recomend this book for fans of the red hot chili peppers. I really loved fleas book acid for the children and this should be read along with that one. No moralizing no apologies are found here. Fascinating look at a great rock star

Published by llw , 1 year ago
Very disappointing to receive the book with no jacket.

Published by Thriftbooks.com User , 16 years ago
I've read a lot of rock star bios and this one sticks. Why? Kiedis's unflinching honesty, graphic depiction of a life lived without structure and the fact that he has lived to tell the tale. It's all here. The drugs, the booze, the sex, the debauchery. So what, you might ask, is so unusual about that? Don't all rock star bios share these elements? Yeah, most of them do. But the difference here is Anthony Kiedis's story is a bloodletting without being preachy and full of predictable fluff. He never judges, he never steps up to the pulpit and warns the world. He never shoves 12 step sensibilities down anyones' throat. He tells his tale with charm, kid bravado and, surprisingly, humility. He admits his faults. He admits his immaturity. Through every chapter we watch him grow. He takes two steps forward, then ten steps back. Then he takes five steps forward and two steps back. What I particularly found refreshing was the stories Kiedis tells about his inspirations for many Chili Pepper songs. Here is a man who cared (s) about the finished product. (If you doubt that, check out their latest effort, Stadium Arcadium. It's a masterpiece.) You want to cry with Kiedis and you want to laugh with him during the entire bumpy ride. And I personally was wondering how his father was able to take a series of pictures of his eight year old son smoking pot without the folks over at the Fotomat running interference when he took them to be developed. Unless, of course, they were Polaroids. Then that point is moot I guess. Nevertheless, I hated his dad for the things he exposed Anthony to at such an early age. We're lucky Kiedis turned out as good as he did in the end. Nevertheless, this is a rock star bio worth the effort. It's long, it's detailed, yes. Some details come off as too much information. But still, it's never a boring read. No fluff, no filler. Just a cautionary tale told with the best of intentions. And if he had to name his bio after a Pepper's song, Scar Tissue was the perfect choice.

Published by Thriftbooks.com User , 16 years ago
Anyone coming for an autobiography of the Red Hot Chili Peppers might be a little disappointed in this book. Kiedis focuses more on his personal journey through life, and especially on his formative adolescent years. The Chili Peppers are a part of his life, to be sure, but this story is truly Anthony's personal struggles to be a sober, straight-living man. Anthony spends a significant amount of the book on his teenaged years. He was essentially his father's roommate (not his son, not his "charge) in Los Angeles from the age of 12. He experienced more drugs and debauchery before the age of 18 than most people could live through in their entire life. In describing his experiences, however, Kiedis used an inviting tone; he never bragged about his exploits or tried to paint himself in an excessively rosy light. He simply invited the reader along to explore his personal experiences and emotions. Scar Tissue is truly a book about drug addiction, about the lifelong slippery slope of trying to obtain (and maintain) sobriety. It is amazing that Kiedis can keep his dozens of periods of abuse and relapse straight in his mind, much less transform them into a compelling narrative journey for the reader. Life on drugs was in no way glamorous--Kiedis spent many years at rock bottom, barely surviving, and scrounging for his existence. He also fooled many people about his drug use, and managed to escape any arrest or scrutiny for possession. Reading about how Kiedis has to consider and seize his sobriety each and every day (he's been clean since 24 December 2000) will surely inspire anyone who is struggling with their own personal demons. It's amazing that the Chili Peppers have been as successful as they are, considering their poor record management in the early days, the excessive personnel changes, and the rampant drug abuse. I'd love to read a tell-all from Flea next!

A must for any Chili Pepper Fan

Published by Thriftbooks.com User , 17 years ago
First let me start off by saying that I don't generally read very much. My desire to pick up something and read it for enjoyment pretty much ends at the Rolling Stone, Spin, and the sports page. But I'm a huge Chili Pepper fan so I decided to give it a shot. I'm happy I did. For not enjoying reading much, I've already read this book twice, so I decided it was about time to review it. Now I know Larry Sloman pretty much wrote the entire thing with Anthony's help, but it is a very easy read. Its very enjoyable, quite disturbing, and I hate to say it, but it makes Anthony look quite despicable at some points. My favorite aspect of the book is that it goes WAY beyond Behind The Music. I love the beginning that describes Anthony's childhood growing up in Michigan, visiting his father in California, and how his relationship with his father is as strong as possible. This biography also chronicles in more details the slew of different musicians that have been in the band, including Duane "Blackbyrd" McKnight, Jack Sherman, Cliff Martinez, and even a small portion on Jesse Tobias, their guitarist for 18 seconds. Other personal favorite moments in this book were the band's initial thoughts on Chad Smith, everything Bob Forrest related (except for the fact that half the time it is spelled Forrest and the other half Forest), the John Frusciante(God) stories, and his relationship with Dave Navarro. From interviews and everything else, it always seems like Navarro is an a-hole, so I was glad to see just how important he was in Anthony's recoveries and in his life in general. Anthony should have died like 6 times in this book. From jumping off apartment buildings to getting hit by motorcycles, it is insane. It just shows how lucky he is. Oh yeah there is a reference or two in there about drugs too. Many other reviews criticize the amount of drug references, and his escapades with multiple women. Yes, there is a good amount of that in the book, but guess what he's a rock star! What do you expect a tale of tea, crumpets, rainbows, and fairies? Personally I was not offended, and I actually enjoyed reading about Cher, Ione Skye, and Sinead O'Connor. So if you don't like numerous drug and sex references, stick to VH1's Behind the Music, but if you want the raw details of the life that is Anthony Kiedis, buy this book. You won't be disappointed. Yeah as a side note the captions he writes for the pictures are all pretty funny.

Published by Thriftbooks.com User , 18 years ago
AK's autobiography is uncensored, completely honest and without-a-doubt the best autobiography I have ever read. Of course it is co-authored, but all rock books are and AK's book still captures the heart and soul of his life while keeping you interested at every point. More than just a historical account of AK's life and RHCP, Scar Tissue is a glimpse at AK's own feelings and emotions about the rollercoaster that is his life.

Published by Thriftbooks.com User , 18 years ago
First off I want to say that several of the other reviews on here are misleading for all the wrong reasons. Obviously many of the other reviewers bought the book expecting to read all about the chili peppers, bad mistake on their part. If you wrote the story of your life would you talk all about your job, or would you talk about the experiences that made you who you are today. With that aside, the book is an amazing collection of all the things that Anthony has been through as an addict, punk, lover, fighter, survivor, friend and human. There are many detailed stories of sex, drugs, and rock n roll. Some might see this as repetitive but it is the life he has lived. If you truly are a red hot fan you will love the book as it gives insight as to where many songs came from, and the man behind the music. It is great to hear all the tales of a funky punk madman who helped create one of the best and most unique bands of all time. Bottom line if you are reading this you obviously like the band, so do yourself a favor get the book, read it with an open mind, and enjoy!!!

Scar Tissue Mentions in Our Blog 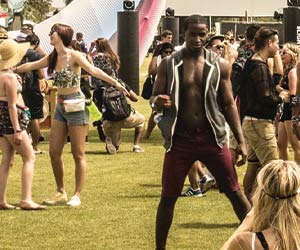