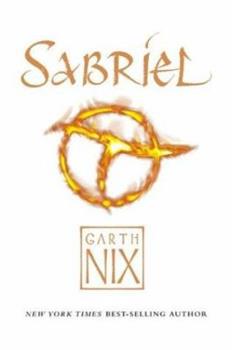 Sent to a boarding school in Ancelstierre as a young child, Sabriel has had little experience with the random power of Free Magic or the Dead who refuse to stay dead in the Old Kingdom. But during her final semester, her father, the Abhorsen, goes missing, and Sabriel knows she must enter the Old Kingdom to find him. She soon finds companions in Mogget, a cat whose aloof manner barely conceals its malevolent spirit, and Touchstone, a young Charter...

Dark fantasy for all ages

Published by Thriftbooks.com User , 19 years ago
Sabriel is the latest in a long line of powerful necromancers who can not only raise the dead but whose task it is to set the undead to rest. Residing at a private school away from home, she receives a message that her father is trapped somewhere beyond the realm of the dead. She must travel back to the Old Kingdom where she was born to free him, but finds herself pursued by dead forces which she may very well lack the training and experience to combat. Sabriel's world is an unusual one in that there is magic as well as technology, but this book focuses more on the characters and leaves much of the world around them only hinted at. In addition, the author drops us right into the action with little preamble. This is disorienting at first, but it enables the reader to feel firmly entrenched in the world of the novel, and less like an outsider who is only reading about it. While the story has a slow beginning, once Sabriel begins her journey it is gripping and suspenseful. It is not exactly horror, but its imagery does set it firmly in the realm of dark fantasy. And although it is written for and marketed to younger readers, adults should not find it beneath them. The story is complete but one gets the feeling that there is still much to explore, and I am very much looking forward to doing so in the books that follow.

An Australian Author Pushing All the Right Buttons

Published by Thriftbooks.com User , 20 years ago
From its first mysterious beginning, right through to the momentous, but sudden, ending, this book is a cut above the rest of the YA fantasy out there. However Sabriel is a page-turner, no doubt about that. The story begins with the heroine, Sabriel, in her last year at boarding school in a country, not unlike early 20th century England, called Ancelstierre. We find that she is no ordinary girl, but in fact the daughter of the Abhorsen, a necromancer of much importance from The Old Kingdom, located to the north of Ancelstierre. The Old Kingdom is a perilous country, where two types of magic are ever at war and the dead don't always stay dead. It is the Abhorsen's task to rid the world of evil necromancers and lay the dead back to rest.Sabriel finds her last year cut short when she receives a message from her father, saying he is in trouble, possibly caused by his old enemy Kerrigor. As a result, she sets out on a journey across the Wall to the land of her birth to find, or rescue, her father.Along the way she gains the help of her father's cat Mogget and the mysterious Touchstone, in the race against time (and Kerrigor) to prevent the eventual destruction of the Old Kingdom as she knows it.The technology of Ancelstierre and the magic of the Old Kingdom and what happens when they cross provide a new issue for fantasy, which is often very medieval.This is a book which, though it sounds a little like a horror novel when being described, contains everything a good book, and a good fantasy book at that, should have, plus some very original ideas. There is danger, magic, romance and intrigue all to be found here. A strong heroine, who is potentially a wonderful role model and Garth Nix's brilliant storytelling and humour, combine to make this novel worth every cent, and maybe more...

Published by Thriftbooks.com User , 22 years ago
Possibly one of the greatest fantasy adventures of our times, Garth Nix's first novel is a lush, magical, dark-witty adventure about a young woman's battle with the hideous Dead.The story starts with a flashback in which a special necromancer named Abhorsen saves his baby daughter Sabriel from a creature called Kerrigor, in the spiritual river of death. Many years later, at an English-esque boarding school, Sabriel must take up her father's magical sword and bells and try to find out what has happened to him. To do so, she must leave her relatively high-tech home for the Old Kingdom, where magic rules and evil things are stalking her.Along the way, she is accompanied by the guard Touchstone and the menacing/funny cat-spirit Mogget. They must try to defeat the evil Kerrigor, who wants to blast the Charter which keeps all things from descending into evil.Sabriel is the best fantasy hero I've read about since Lord of the Rings. Too many fantasy heroines are either damsels or warrior women--Sabriel is neither. She acts and thinks precisely like a young woman in her position. Strong, intriguing, and no slack with a sword in a bad situation, she is a wonderful role model.Touchstone is a darling, but Mogget really is unique. Is he evil? Good? Or some peculiar mix? This ancient spirit forced to live as a cat is enslaved to the Abhorsen family for the good of everyone (we get a glimpse of how dangerous he is). The world that Garth Nix dreamed up, a mixture of Tolkien and WW2 England, is unparalleled in the fantasy genre. It's populated by animated ghouls, ghastly Mordicants, the almost-human sendings, Charter ghosts, the inhabitants of the river of Death, where only Abhorsens go, and so on... His writing style is lush and hypnotic--you can actually see the events unfolding in front of your eyes, in this wintry but inviting world. Thankfully, Mr. Nix appears to be writing a pair of sequels--I can hardly wait. Anyone else think this should be made into a movie?

Published by Thriftbooks.com User , 22 years ago
We've all read stories starring the tough girl, out to kick the world head over tail kind of character. Sadly, these characters all too often have nothing better to do with their time than to wander around playing hero. Don't get me wrong- I love books with female heroines. But sometimes you get that feeling that they lack- well- heart. All too often the tough girl stance gets taken a little too far. Which is why I love this book. Sabriel is entirely human- a young woman who has her own goals, her own life, and who manages to uphold her values without ever giving in. Yet staunchness does not make the character; Sabriel's basic humanity is what lets her reach out and touch you from within her paper world. She gets angry, she gets even. She loves Touchstone, hates the evil that has invaded the Kingdom, treasures her father, respects Mogget. . . . It is almost a relief to 'meet' a character with such basic reasons. Don't get me wrong; there's nothing elemental about Sabriel. She has her reasons for doing what she does, and Gareth Nix does an exceptional job of writing within the female Psyche. I have, on occassion, run into those few and far between writers whose opposite sex characters behave nothing like real people, and have always regretted the experience. Okay- anyway, I found Nix's characters to be richly portrayed, human, rational, and logical. Better still was his world- on one side, a person might have a life much like ours. On the other you have a place where magic still thrives, and the great charters rule the land. The tension is nicely played out, the book climaxes nicely, and the end is resolved fairly satisfactorially. I certainly would not quibble with the concept of a sequel- In fact, for a book this good, I can only hope that at some point Nix returns and writes a sequel- either about Sabriel or about one of the Abhorsens before her; maybe the story of her father or the woman who built the paperwings. One can only hope.

Sabriel Mentions in Our Blog 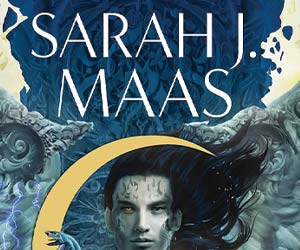 Her books may be trending on #BookTok lately, but Sarah J. Maas has been churning out bestsellers for a while now. Get to know the author a bit more and pick up a few of her must-read titles including the newest in her Crescent City series (available for pre-order). 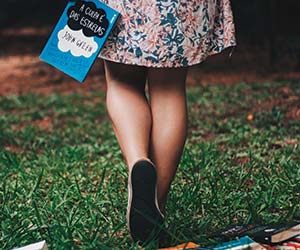 A Guide to Young Adult Books for Adults
Published by Bianca Smith • February 01, 2018

Young Adult books have never been just for the young.