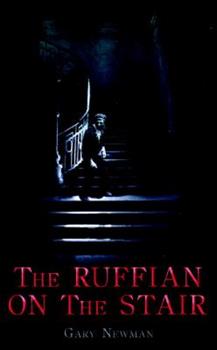 Ruffian on the Stair

Praise for Gary Newman: "The author succeeds admirably in recreating Victorian London, both in character and setting. Fans of Anne Perry and other Victorian mysteries will enjoy."-- Library Journal On his grandfather's death, writer Seb Rolvenden inherits papers which reveal that his grandfather was involved in the disappearance of a painter and his masterpiece. Seeing a book in this, Seb pursues a trail of clues that the papers reveal. Gary Newman...

Published by Thriftbooks.com User , 13 years ago
The previous reviewer of this book apparently didn't read it, as several of the details are incorrect. Seb the elder has been dead for many years at the opening of the book. Seb the younger goes to Jersey and Normandy by himself (without his girlfriend Leah). At any rate, I **loved** this book -- incredibly complicated plot with two great twists at the end. I thoroughly enjoyed reading this book, and even went upstairs to bed early on several consecutive nights to continue reading it. However, after it was finished, and despite the delicious plot twists unveiled at the very end, I was disappointed that a number of minor characters and issues were never resolved. Who was Mr. Ramier, really, and where did he end up/go? Why was Paul so angry at his father? What about the short bald guy who wanted the portrait? What happened to him? How did the old man in Jersey get the portrait? How unlikely is it that Seb the younger's amnesia had the cause proposed for it? Inquiring minds want all the loose ends tidied up!! Nonetheless, a great read.

Published by Thriftbooks.com User , 13 years ago
Sebastian "Seb" Rolveden lives in a lighthouse on the Essex coast where he hopes the isolation will enable him to write about his recent adventures. He muses about his legendary grandfather who he is named after and who just died. Seb inherited a notebook from the late elder Seb that chronicles an apparent murder in 1899 London. Seb the senior an artist turned preacher explained he woke up one morning with a hangover, naked and with no memory of the night before. Lying dead next to him was Anglo-Swedish impressionist painter Julian Rawbeck. Seb the junior feels obsessed to know more about the event and his grandfather. With his girlfriend Leah, they begin to track down the mysterious past of Seb senior starting with searching for Rawbeck's renowned missing dark masterpiece "THE RUFFIAN ON THE STAIR". The more he digs into Rawbeck the more he learns about his grandfather who seemingly was a devoted member of the artist's retinue. As Seb the younger and Leah hop to Jersey and Normandy, they find evidence that allegedly points towards his grandfather as the killer of the artist. This is a cerebral mystery starring a young man who needs to learn more about his roots. The story line is at its best when Seb the junior struggles with his inquiry while expanding his focus onto Rawbeck. The two Seb's are fascinating characters as each is obsessed with the truth. Although the retinue of support players from the art world adds too much complexity to an already erudite amateur sleuth, readers will enjoy this fine thriller. Harriet Klausner
Trustpilot
Copyright © 2022 Thriftbooks.com Terms of Use | Privacy Policy | Do Not Sell My Personal Information | Accessibility Statement
ThriftBooks® and the ThriftBooks® logo are registered trademarks of Thrift Books Global, LLC