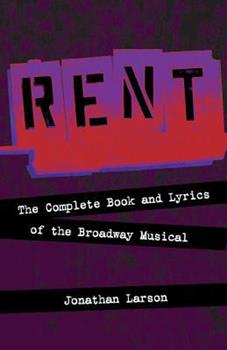 Rent: The Complete Book and Lyrics of the Broadway Musical

(Applause Libretto Library). Finally, an authorized libretto to this modern day classic! Rent won the 1996 Pulitzer Prize for Drama, as well as four Tony Awards, including Best Musical, Best Book, and Best Score for Jonathan Larson. The story of Mark, Roger, Maureen, Tom Collins, Angel, Mimi, JoAnne, and their friends on the Lower East Side of New York City will live on, along with the affirmation that there is "no day but today." Includes 16 color...

Published by Thriftbooks.com User , 12 years ago
I loved the movie and stage play so much that I wanted to get the book. After reading through it, I found that I didn't catch half of the cool things that were said!

Excellent book for any sort of RENThead.

Published by Thriftbooks.com User , 16 years ago
Let me preface this by saying I am probably biased, as I have seen RENT 10 times (a small number when compared to some fans.) I found this book to be extremely entertaining and enlightening. You never realize just how much work goes into creating something that you aren't really involved in. This book takes you backstage and behind the scenes for an expansive history of how RENT was conceived, designed, and brought to life on stage. It also contains the full RENT script and song lyrics. Throughout the book are high-quality, color photographs of just about everything, including shots from the original broadway cast performing the show. I would definitely reccomend this book - it is definitely worth the rather cheap price - for anyone. Whether you've seen the show once or thirty times, this book is perfect.

Published by Thriftbooks.com User , 21 years ago
I just got this book today. It is really fun to play piano and guitar and sing along with. While I agree that some songs like Out Tonight and Rent sound pretty strange, how did one expect them to sound? There is pretty much no way a book could turn those songs into how they sound on the CD and stage. Your Eyes and Halloween translate very well to the piano and so does Without You. In fact, most of the songs sound very good. Guitar chords are included with fingerings to make it easier, and there are 2 pages of pictures. I really like this and I think anyone who wants to audition with a song from Rent should get this. songs included: another day/ halloween/ i'll cover you/ one song glory/ out tonight/ rent/ santa fe/ seasons of love/ take me or leave me/ what you own/ without you/ your eyes/

Who's not gonna pay rent?

Published by Thriftbooks.com User , 22 years ago
Well sadly I didn't buy this book from here (I payed full price but it was well worth it). I play it almost every day and I love it. I like the pictures at the beginning (my pages are falling out! I look at them so much) I strongly suggest it, but a warning it doesn't contain all the music from the soundtrack.

A must have for fans of the show and theatre history.

Published by Thriftbooks.com User , 24 years ago
It is the stuff theatre legends are made of: a struggling composer writes and rewrites a show for years, living on a shoestring in New York City, waiting for the break that will mean his music will be heard around the world. Then, tragically, as his show is about to open off-Broadway, he is struck by an aneuryism and dies. His show goes on to huge acclaim, winning Tony Awards, a Pulitzer Prize, and making stars of its actors. A fictional tale? No. This is the story of the musical "RENT" and its composer Jonathan Larson, who died before he could see the awards his show won or enjoy the fame it brought him. The authors of this book have tried, and succeeded, to make the celebratory book of "RENT" different from any other theatre book. Framing the full libretto (complete with an incredible series of pictures taken during the run of an evening's performance) is the life history of Jonathan Larson and his music, told in the words of his family, friends, and colleagues, ranging from his parents to the cast members to Stephen Sondheim. At the end of the book are pages of bios and pictures of the actors from the original Broadway cast, with comments in their own words about what the show and Jonathan have meant to them. This is at the very least an interesting pictorial and written history of the show that critics have said revitalized Broadway. But for a true fan of the show or of musical theatre, this book is a joyous celebration of a dream that became reality too late for its dreamer but just in time for those who had given up on the great American musical. It is funny, entertaining, sobering, and touching at times, and will not fail to affect any reader with the honest picture it paints

Rent Mentions in Our Blog 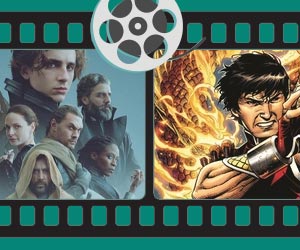