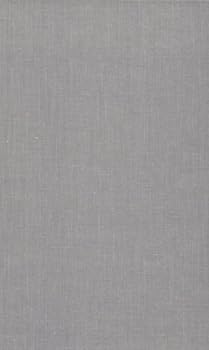 For use in schools and libraries only. During the twenty-second century, a space probe's investigation of a mysterious, cylindrical asteroid brings man into contact with an extra-galactic civilization.

Published by Erich , 2 months ago
This is an amazing classic of Science Fiction. Well written it reads quickly and easily. The ending leaves the reader hungry for the sequel. This is good place for a younger reader to cut their teeth on adult science fiction, but extremely engaging for an adult reader as well. The realism of the science fiction, the connection to real physics, while maintaining a mystery and awe of the unknown makes this book so much fun. It has aged remarkably well, as with the best science fiction it is prophetic in some interesting and at times frightening ways. In some ways I hope the prophecies laid down by the classic authors continue to come true, in some we hope they were wrong.

No region on Earth left for safe celestial target practice

Published by Thriftbooks.com User , 13 years ago
First of all: thanks to the Scandinavian parts of Texas for pointing me to A.Clarke, whom I had previously known only on a 'no name basis' as the writer of 2001 Space Odyssey. I have high respect and liking for the SF genre, but not much knowledge of it, apart from one or the other Verne, Wells, Samjatin, Huxley, Orwell, Bradbury, Asimov, Lem... Of course not counting Douglas Adams, who played another ball game, didn't he? Rama is a worth while experience. Good Science Fiction is usually also about 'science', but if it is good, it is much about society, about history, usually in the future. The evil cliche term of the paradigm comes to practical use when you read good SF. (The word was invented by evil consultants who needed excuses for the havoc they caused.) SF is about changing paradigms. There is lots of that going on here. In the 22nd century, the United Planets, which seem to be essentially Earth, Mercury and Mars (which are Earthling colonies) plus some moons are confronted with a scary phenomenon: a huge artificial space body travelling with high speed near the Earth. Luckily the initially silly Star Wars technology had later been developed to the advantage of peaceful purposes and helps arranging a 'rendezvous' with the alien craft, named Rama because the Roman and Greek mythologies have been exhausted in the process of naming space. The process of exploring the strange space body and of thinking through its implications is the actual plot. Go for it!

Published by Thriftbooks.com User , 13 years ago
Briefly; a very large cylinder appears in our solar system and an expedition is sent out to investigate what obviously is an extraterrestrial object. They are able to enter the cylinder and watch it slowly "wake up" from the inside. The alien technology they encounter is highly advanced and awe inspiring but still possible to understand. The story develops in a fairly slow pace, but it is full of suspense and mystery. The discoveries that the astronauts make are so fantastic and described with such lucid imagination that all I could feel while reading this book was anticipation and awe. Furthermore, the more the astronauts explore and discover the deeper the mysteries seem to grow. One thing I really like about Arthur C. Clarke is that his descriptions are scientifically plausible and still very imaginative. I highly recommend this Sci-Fi novel. Arthur C. Clarke is my favorite Science Fiction author and Rendezvous with Rama is one of my favorites. It was a collection of short stories that included my all time favorite short story "The wall of darkness" that originally got me hooked on Arthur C. Clarke (review coming). Arthur C. Clarke will never be forgotten.

An old friend, and still a great read

Published by Thriftbooks.com User , 18 years ago
In my youth, when I started reading SF, I was never a major devotee of Arthur C. Clarke; I was mostly into Heinlein and Asimov. But I read this one when it was first published (1973) and I liked it so well I kept the hardback for years and years.I'm not sure what finally happened to it, but at any rate I've just recently gotten around to replacing it. And the story is still as great a read as it was when it was new. I can't claim to have read everything Clarke ever wrote, but this is certainly the best of his works that I _have_ read.Other reviewers have pointed out, entirely correctly, that this isn't a book to read for character development. That's true of Clarke's books in general, I think, but it's especially apt here, where the 'star' of the book is an artifact of an alien civilization. In fact, even the 'star' doesn't get a lot of development, since in the end it remains deeply mysterious. (I don't know what happens in the sequels; I haven't read them and I haven't heard good things about them. I'm treating this as a standalone work.)But man, if you want to read a gripping, haunting story about the first human exploration of a space probe (or something) from an extraterrestrial civilization -- and if you want to watch the exploration process unfold and feel as though you're participating in the discovery yourself -- then this is a book for you. This is what Clarke does best: when you read a story through his eyes, you're looking outward at the objects of scientific investigation, and helping yourself to a chunk of the intellectual wonder and joy that goes with such investigation.The excitement here is the excitement of hard science, not of character development. If that's what you want, you'll probably love this book.

Even better than the 2001 Series

Published by Thriftbooks.com User , 21 years ago
First, I completely agree with the other review, they should make a movie out of these books. They could have a lot of fun with the special effects for the characters in RAMA Revealed.I have read all the 2001 & the RAMA books and I must say the RAMA Series really grabbed me. The books are all written with amazing attention to detail. In addition, the story line is extreamly interesting and a little easier to follow than the 2001 series. There were times when reading these books that I just could not put them down. I would tell myself, "One more chapter, I want to find out what is going to happen next". In fact, I did that so much on Garden of RAMA, I stayed up 24 hours and read the entire book in 1 day!Even though this is science fiction, it is not hard to imagine that the technology introduced here could be a reality some day in the far future. I think that is what I love about Clarke the most.In the first book, Rendezvous With RAMA, you are introduced to the strange spacecraft called RAMA and the crew sent to investigate. In the second book, RAMA II, the RAMA spacecraft has returned to the solar system and another crew sent out to investigate. In the third book, Garden of RAMA, you follow RAMA II back to its origins and learn more about the inhabitants aboard the craft. In the final book (my favorite), RAMA Revealed, you are overcome by emotions as you follow the war on RAMA and eventually learn more about who sent that gigantic craft into our solar system.I can not say enough good things about these books. The first one may seem a little slow at times but, when you finish the last book, you will have a great appreciation for the whole collection.***

Published by Thriftbooks.com User , 21 years ago
A mysterious object dubbed Rama is found entering the Solar System. A team of cosmonauts set out to intercept the craft, only to discover an environment so alien yet strangely human that debates over the purpose the craft become wildly out of control. Perhaps one of Clarke's best writings, he focuses on mankind's eventual transcendence, a second coming, a return to the garden of Eden, and human nature. He believes that human nature is fundamentally good, yet as humans, we have to overcome prejudices to survive. Not only does this book make one think about mankind's role in the universe and if there are intelligent speices out there, it also evokes fantastic imagery. Imagine gigantic bio-metallic crab creatures, a sea that curves overhead, and a waterfall that moves in a spiral. This book is a great read.
Copyright © 2020 Thriftbooks.com Terms of Use | Privacy Policy | Do Not Sell My Personal Information | Accessibility Statement
ThriftBooks® and the ThriftBooks® logo are registered trademarks of Thrift Books Global, LLC