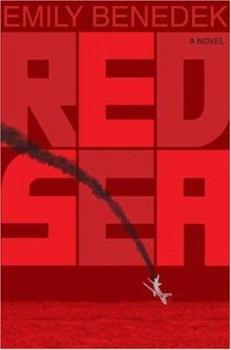 Four airliners are blown out of the sky---a devastating string of attacks taking hundreds of lives and striking fear into people and governments around the globe. Marie Peterssen, an ambitious young aviation reporter, has a hunch about the crashes, and her suspicions are confirmed when she's approached by Julian Granot, an Israeli airline security expert and former Special Forces commando who has noticed her work. Julian offers Marie a rare lead,...

Published by Thriftbooks.com User , 13 years ago
What will the next terror attack on America look like? Intelligently imagining a variety of attack scenarios may be the best way to thwart them. Emily Benedek does just that in this well balanced and fast paced thriller. We are given a literary tour into one of our greatest fears -- against a rich backdrop of middle-east history, current affairs and intelligence operations. In a race against disaster we pass the road signs of hubris, bureaucracy, international rivalries, misplaced priorities and the redemptive power of individual loyalty and heroism. Benedek knows how to tell a story with a finely calibrated mix of character and plot development. I would highly recommended Red Sea to anyone with an interest in terrorism and first rate fiction.

This novel will not let you go.

Published by Thriftbooks.com User , 13 years ago
This powerfully researched thriller brings the most important issues of our time to urgent life. Ms. Benedek knows what she's talking about. She's ahead of everyone. She understands the workings of a master terrorist's mind. Prepare to be gripped. This novel will not let you go.

What a Page Turner

Published by Thriftbooks.com User , 13 years ago
I recently finished the Red Sea by Emily Benedict and strongly recommend it. I found myself unable to put it down. Emily Benedict is a great writer who aims to leave the reader asking questions. Most will reach the chilling conclusion (as I did) that we are no where near as safe as we think we are. Her characters are believable and the story line flows well. The Red Sea is a smart thriller, with lots of action, intriguing personalities and a topic that grabs you. What more can you ask for except the sequel.

This book will alter your worldview

Published by Thriftbooks.com User , 14 years ago
Although Emily Benedek is known primarily as a journalist from her dispatches in such publications as Newsweek and Rolling Stone, she has also authored a number of nonfiction works, two of which concern American Indian issues and one that deals with her own spiritual journey. This time out, Benedek makes her fiction debut with RED SEA, a novel that will alter your worldview. Although RED SEA is considered a thriller, the backstory of its publication easily could lead one to conclude otherwise. Benedek, while reporting for Newsweek, is said to have made contact with a highly-placed Israeli counterterrorism expert who, because of his continuing role in the international community, could have his story told only as a work of fiction. Indeed, there are many elements of the novel that are consistent with backchannel knowledge. Its frightening beginning --- I'll only tell you that this is a simply wonderful book to pick up before a transatlantic flight! --- only heralds the planning of a more ambitious and catastrophic plot, directed against the United States but with worldwide ramifications. The mastermind behind it is Mansour Obaidi, an Islamofascist whose history of actions against the United States goes back for decades. It is Julian Granot, a recently "retired" Israeli Special Forces commander --- the length of his so-called "retirement" seems to be at the discretion and pleasure of the Israeli military --- who slowly comes to realize that the high-profile first strike of the terrorists is but a prelude to what is about to occur. Granot is shocked, however, when he discovers Obaidi's involvement, for he has a personal history with Obaidi that will not end until one of them is dead. Matters are complicated by the interjection of Marie Peterssen, a journalist who is very quick to realize that there is more behind the initial terror attack than was originally thought. Though Peterssen is not aware of it, there is a link between her, Obaidi and Granot, one that leaves both Obaidi and Granot vulnerable to each other and to Peterssen. As Obaidi's plot moves speedily to its execution, Granot finds himself stymied not only by his own superiors but by his nation's greatest ally: the one he is attempting to protect. Granot discovers an unexpected ally, however, in Morgan Ensley, a maverick FBI agent who believes more in results than in protocol and who, upon making the acquaintance of Peterssen, is doubly motivated to protect and serve. The combined efforts of Granot, Peterssen and Ensley may not be enough, though, as Obaidi's ingenious plot to bring the United States to its knees proceeds inexorably to its conclusion. More than a great debut, RED SEA introduces a cast of characters that, should Benedek be desirous of such, would easily sustain an ongoing franchise. It simply doesn't get any better than this. --- Reviewed by Joe Hartlaub

Published by Thriftbooks.com User , 14 years ago
Benedek's vast storytelling experience ups the ante in the suspense genre by combining real-world expertise with an exceptional insight into the gray-colored world of underground terrorism. I find the topic a bit scary in some ways, but still have hope since the characters described in the book are bound to have real-life prototypes.
Copyright © 2020 Thriftbooks.com Terms of Use | Privacy Policy | Do Not Sell My Personal Information | Accessibility Statement
ThriftBooks® and the ThriftBooks® logo are registered trademarks of Thrift Books Global, LLC