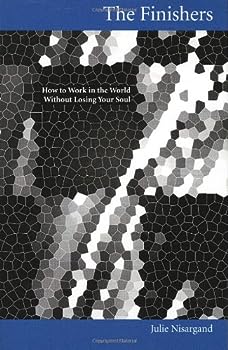 The Finishers: How to Work in the World Without Losing Your Soul

(Book #1 in the Hannibal Lecter Series)

THE NEW YORK TIMES BESTSELLER Feed your fears with the terrifying classic that introduced cannibalistic serial killer Hannibal Lecter. FBI agent Will Graham once risked his sanity to capture Hannibal... This description may be from another edition of this product.

Red dragon was so interesting

Published by Tori , 1 year ago
Lots of things the gore the way the main character spoke to your mind

Published by Leslie , 1 year ago
I ordered this in good condition but when I received it the entire cover, front and back was peeling and chipping off. I don't even want to touch it because everything I open it bits and pieces of the cover fall off.

Published by Lake , 2 years ago
Thomas Harris' novel is genuinely creepy and enthralling read. It makes you feel for the Dragon without trying to redeem him. Something that always surprises me about the series is its humor. As dark as this novel is it is also funny (especially the parts with Hannibal).

Published by Anonymous , 2 years ago
Condition is as described. Theres just slight issue with the dust jacket that I do not like. Have yet to read

Did Not Let Me Down!

Published by Thriftbooks.com User , 21 years ago
I have seen both Silence and Hannibal, but I have read neither. I believe in reading series boks in order, so I picked up Red Dragon two days ago. Wow!If you only liked Silence because you loved Dr. Hannibal "The Cannibal" Lecter, you may be a little dissapointed. He is not really a main character, even though he is now being played up to be because of his notoriety after its predecessors.This book is about a serial murderer who the police have jokingly dubbed "Tooth Fairy" because of the bite marks he leaves on housewives after killing their whole family. The killer knows himself as the "Red Dragon" because he feels he has the Dragon from William Blake's painting "The Red Dragon and the Woman Clothed in The Sun" inside of him, helping him "Become".Will Graham, a retired cop who captured Hannibal "The Cannibal" Lecter and was almost slain by him, is called upon by the FBI to help capture this mass murderer before he strikes again at the next full moon. Graham has a great memory and imagination but a bad case of recurring fear. he must overcome this fear and talk to Dr. Lecter, who may know something about The Dragon.Lecter manages to manipulate the killer and Graham from his cell, through a tabloid called "The National Tattler". He communicates with the Dragon through codes in the personals section and manages to get the FBI into a frenzy over the ads, getting a sleezy reporter named Freddy Lounds involved in the picture.The killer is also tormented by his past. He has a cleft palate and sound funny when speaking, causing him to slash his victims with broken mirrors from the house. He also hears the voice of his dead nasty grandmother, who had total control of the killer as a youth.This book is not the conventional horror story. It is more a psychological thriller than a blood and gore fest. If you are looking for a good way to have nightmares for months, this book is highly recommended. Enjoy!

Published by Thriftbooks.com User , 22 years ago
Harris first rocketed up the bestseller lists with his excellent terrorism thriller Black Sunday. His antihero Hannibal the Cannibal exploded into the public consciousness after Jonathan Demme's excellent movie version of Silence of the Lambs (1991) came out, with Anthony Hopkins brilliant creepy performance as Lecter. And, of course, fans and Hollywood have had an anxious 11 year wait for Harris to finally publish a sequel. But many people may not realize that Hannibal Lecter first appeared, albeit in a cameo role, in the novel Red Dragon and in Michael Mann's capable movie version, Manhunter (1986). If you've missed this book, I urge you to try it; in many ways it is Harris's best work. FBI Special Will Graham has retired to Sugar Loaf Key, FL with his new wife Molly and her son Willie. Retired because of his nearly fatal encounter with a linoleum knife wielding Hannibal Lecter, whose capture he was responsible for, and because of the emotional troubles that have accompanied his ability to develop an almost extrasensory empathy for such killers, such that he has trouble purging their feelings from his own psyche. His peaceful idyll is disrupted when his old boss, Jack Crawford, shows up and asks for his help in catching The Tooth Fairy, a serial killer who is notorious for the tooth marks he leaves and for dicing his victims with shards of broken mirrors. Reluctantly agreeing to join the chase, Graham decides, in order to recapture the mindset that has made him so eerily effective in prior cases, to visit Hannibal Lecter in the Chesapeake State Hospital for the Criminally Insane. There the administrator, Dr. Frederick Chilton, shares an anecdote about Hannibal that demonstrates just how horrible he is: "On the afternoon of July 8, 1976, Dr. Lecter complained of chest pain. His restraints were removed in the examining room to make it easier to give him an electrocardiogram. One of his attendants left the room to smoke, and the other turned away for a second. The nurse was very quick and strong. She managed to save one of her eyes." "You may find this curious." He took a strip of EKG tape from a drawer and unrolled it on his desk. He traced the spiky line with his forefinger. "Here, he's resting on the examining table. Pulse seventy-two. Here, he grabs the nurse's head and pulls her down to him. Here, he is subdued by the attendant. He didn't resist, by the way, though the attendant dislocated his shoulder. Do you notice the strange thing? His pulse never got over eighty-five. Even when he tore out her tongue. I don't think we're any closer to understanding him than the day he came in.'' After tabloid reporter Freddie Lowndes splashes this visit all over the pages of The Tattler, the killer too contacts Lecter who urges him to attack Graham. Thus begins a suspenseful, violent minuet as Graham develops increasing insight into the killer's methodology and psychoses, the killer plans h

Published by Thriftbooks.com User , 22 years ago
I read Hannibal first. That was probably a mistake, but if you did the same thing, make sure you pick up a copy of Red Dragon. This novel by Thomas Harris is the best, in my opinion, of the three "Hannibal Lecter" books. Will Graham is a profiler that is brought on the case of the Tooth Fairy, a serial murderer killing entire families. This is what makes the book so good. Even though the murders in Silence of the Lambs and Hannibal are gruesome, it isn't as though most of us really worry about a death like that. But the fear of someone breaking into your home, which is supposed to be a haven, and murdering not only you but also the people you love the most--that is a real fear that many share. One of the great things in this book, as opposed to SotL, is how we get in the head of the killer. We learn about his childhood not in a dossier or a debriefing but from his own memories. In the end, the killer is conflicted, torn between fulfilling what he believes is his destiny and doing what he knows is right, and I was actually able to empathize with him because of the suberb characterization.I am a stickler for research. This book is well researched. Nothing sticks out as wrong, everything advances the plot, and the subplots, like the relationship between Will and his wife Molly, only enhance the read. I guarantee you will not be able to put this book down, this is not a leisurely read. I thought the movies of Red Dragon (called Manhunter) and Silence of the Lambs were excellent, and I'm looking forward to Hannibal, but the books can't be beat.

Published by Thriftbooks.com User , 22 years ago
The Red Dragon by Thomas Harris is probably one of the scariest, graphic books ever written. It's a thriller through all 454 pages of it. The setting is modern day in Virginia. The Red Dragon is the prequal to The Silence of the Lambs and the detec tive, Will Graham, is asked to come back to the F.B.I for this special case. This book is about a retired F.B.I investigator, Graham, who is asked to come back to the F.B.I for this case. In this case, the killer, who works in a film developing lab, stalks out his victims after he watches their home videos. His name is Francis Dolarhyde and he feels that he has a Red Dragon inside of him that makes him do the horrible things he does. He is influenced by a famous painting called "The Great Red Dragon". Once you see the cover, which has a picture of a red dragon, you will realize how scary this book actually is. I had to rate this book 5 stars, and I would definately recommend it to someone. So, if you want to read, in my opinion, the scariest book ever written, The Red Dragon is the book for you.
Trustpilot
Copyright © 2022 Thriftbooks.com Terms of Use | Privacy Policy | Do Not Sell or Share My Personal Information | Accessibility Statement
ThriftBooks® and the ThriftBooks® logo are registered trademarks of Thrift Books Global, LLC