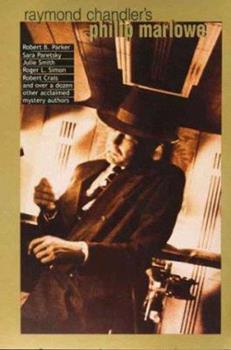 Authorised by the estate of the late Raymond Chandler, this volume reveals - in 25 new stories - the missing life history and adventures of Philip Marlowe, the quintessential hard-boiled detective. The stories are by some of today's leading crime writers and include Chandler's own The Pencil.

A good introduction for the Marlowe novice.

Published by Thriftbooks.com User , 14 years ago
A 2007 Summer mini review. When I began reading this book, I had never read a Phillip Marlowe story. The idea of filling out his "life" and giving other writers a crack at the sleuth intrigued me. While the selections produced by the assemblage of various mystery writers is top notch, it was not difficult to surmise that no one writes Marlowe like Chandler. His "The Pencil" is hands down the best story the volume has to offer. The Perfect Crime by Max Allan Collins seems to catch Marlowe's penchant for taking the law in his own hands. Stardust Kill by Simon Brett gives us a glimpse of the type of corruption that the detective encountered in his career. The final story, Summer in Idle Valley by Roger L. Simon, is a whimsical encounter between Chandler, Marlowe and Dr. Seuss. Each story begins with an illustration and ends with authors' commentary on the impact of Raymond Chandler on their own writings. These musings, as much as the stories, make me want to become more intimately associated with the detective.

Collection of Chandler pastiches is uneven

Published by Thriftbooks.com User , 18 years ago
Raymond Chandler and Philip Marlowe are the beginning of modern detective fiction, along with Hammett and Spade. Chandler was a preeminent stylist who wrote his way into American letters by helping to create a genre, the private eye novel. He cut his teeth writing short stories for pulps in the twenties and thirties, so it's appropriate that this collection highlights short stories. The stories were written by contemporary authors; the idea was to have them write stories with Marlowe as the main character, covering the period in which Marlowe figured in short stories that Chandler wrote. There is one story per year, with several on the back end of the collection that don't carry an exact date, and one story ("The Pencil") written by Chandler himself, late in life, to round things out.The collection is, of course, uneven. Most of the writers more or less produce Chandler-like prose and characters, but some of the plots are distinctly unlike the great one. The collection starts off on the right foot with a Max Allan Collins story which is very good, and in the Collins mold. It's a historical mystery revolving around a thin pastiche of an old Hollywood mystery: who killed actress Thelma Todd? The rest of the stories are written by such leading lights as Robert Crais, Sara Paretsky, and Loren D. Estleman. They're rounded out by stories from such also-rans and where-are-they-nows as Benjamin Schutz, Francis Nevins Jr., Jonathan Valin, and Jeremiah Healy. I don't want to give the impression that I don't like any of the latter collection of writers (I particularly enjoyed Schutz), but they can hardly be called contemporaries, given that they haven't written in years.I did enjoy the collection of stories, and I enjoyed the premise of the collection itself. I found the stories uneven. Some of them are very good, but some are overly cute. Two feature Chandler as a character, interacting with Marlowe. In one of those, he also butts heads with Ted Geisel (Dr. Seuss), who's only there, apparently, because he's Dr. Seuss. It's all a bit much. However, I overall enjoyed the collection, and would recommend it.

this is such a cool book! 0ver 20 new marlowe stories

Published by Thriftbooks.com User , 22 years ago
wow--everybody from robert crais to sara paretsky doing philip marlowe. the standards are high--and the book is structured largely in chronolgical order so that marlowe actually ages as you read the book. chandler's pothumous collaborator, robert b. parker has an introduction
Copyright © 2022 Thriftbooks.com Terms of Use | Privacy Policy | Do Not Sell My Personal Information | Accessibility Statement
ThriftBooks® and the ThriftBooks® logo are registered trademarks of Thrift Books Global, LLC