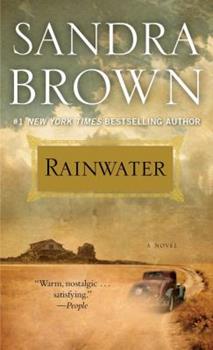 A romantic historical novel from the #1 New York Times bestselling author of Seeing Red about an independent woman who runs a boarding house in Dust Bowl Texas. Ella Baron runs her Texas boarding house with the efficiency of a ship's captain and the grace of a gentlewoman. She cooks, cleans, launders, and cares for her ten-year-old son, Solly, a sweet but challenging child whose busy behavior and failure to speak elicits undesired advice from others...

Published by Lisa A , 3 months ago
A depression era tale with unexpected highs and lows. Fair warning: some violence and racism are integral to the well crafted story. It is a relatively short novel, but worth every minute of your time!

Such a beautiful story!!!

Published by ChristyB , 1 year ago
Wow!! This was an incredible and beautiful story. The story takes place during the Great Depression and I learned some things I never knew. It flowed so beautifully, I just couldn’t put it down.

This Book Deserves More Than 5 Stars

Published by Patty , 1 year ago
"Rainwater" was such a wonderful surprise. It should have been a best-seller. From the first page I didn't want to put it down. The characters were so believable, the story so wonderful. I've read about 50 books in the last year. Some of them were really great. This was the best by far.

Love comes in its own timing...

Published by Judi Burns , 2 years ago
What a good read! Strong, Compassionate and full of real emotions. A book worth reading. I am glad that Sandra Brown squeezed this book in while finishing her other writing contracts. Rainwater is a winner.

Published by Thriftbooks.com User , 13 years ago
I have read many of Sandra Brown's novels and loved every one. However, this book is by far the best story of them all. My heading says it -- this book was totally awesome. It was such a page-turner that I spent most of my Veterans' Day holiday reading it. So different from her other stories, this one demanded a box of tissues at my side. The book presents a vivid picture of how life must have been like in that small Texas town in the 1930's. Actions, words, and thoughts deemed politically incorrect in this day and age were prevalent back then. Not only was racial bigotry chillingly portrayed, but the (mis)treatment of the mentally challenged was also shown in this novel -- another form of bigotry. Working in the special education field, I could see right away that young Solly was autistic. Sandra Brown presented his character in such a sympathetic light; he was my favorite character in the book. I am asking my 17-year-old son to read this and share the book with his Senior American Literature class. They have read both The Grapes of Wrath and To Kill a Mockingbird this semester. This book would make a great companion piece to these works of literature. Anyway, put your own prejudices aside regarding the "differentness" of this novel from Sandra Brown's other works and treat yourself to a poignant read.

Published by Thriftbooks.com User , 13 years ago
Rainwater is not a typical Sandra Brown novel. It is not a romantic thriller, there are no emotional breakups and makeups, and the book contains no explicit sex. Of the 31 Sandra Brown books I have read, Rainwater is by far the very best. The novel takes place in 1934 Texas. An economic depression is going on, racism is prevalent, and how one is perceived morally in a small town is very important. This is a story of a deep abiding love between two people who teach each other to live and love at any cost. If you ever get the chance to help someone in need or love someone in need, don't let it pass you by. It reminded me of the poem from Alfred Lord Tennyson's In Memoriam:27, 1850: I hold it true, whate'er befall; I feel it, when I sorrow most; 'Tis better to have loved and lost Than never to have loved at all. AN EXCELLENT STORY! HIGHLY RECOMMENDED!

Reminiscent of THE GRAPES OF WRATH

Published by Thriftbooks.com User , 13 years ago
True to her tradition of writing great books --- with over 50 bestselling titles to date --- author Sandra Brown releases another first-rate novel, RAINWATER, this time in the historical fiction genre. In the novel's background, familiar scenes from the Great Depression recall the dire situation for farmers who found themselves in the Dust Bowl of the '30s. In the foreground, a tender love story is borne out of hardship. It is in the countryside of Gilead that Ella Barron runs her boardinghouse. Families she knows are struggling, and some have become homeless. Money is tight, yet Ella works hard to keep her place full. She splits her daily time working and caring for her disabled 10-year-old son, Solly. The boy's situation is complicated as doctors aren't really sure what's wrong; his disease leaves him unable to communicate but causes an odd fixation on order. There is no cure for Solly's malady, and Ella would never consider sending him away. Her days are spent trudging forward, taking life day by day. Summertime brings change as Ella takes in a new boarder, Mr. David Rainwater. Introduced by the town doctor, it seems Ella was drawn to him from the start. Sensing a change of the tides, Ella is intent on keeping her distance. She defies her instincts until the man makes an astounding discovery about her son. One afternoon, in an effort to get to know the child better, Mr. Rainwater seeks out Solly's company. The two play simple games in solitude, and while playing dominoes, the child does something intriguing: under no direction whatsoever, he lines up dominoes in numerical order. This seems a minor achievement until one recognizes the discovery for what it is: a definite demonstration of reasoning ability in a child many presumed to have no intelligence. Mr. Rainwater quietly calls Ella in to show her, and she is simply overcome; it is an epiphany that fills her with hope as she can now dare to dream that Solly might lead a full life one day. Ella also watches the man who made Solly's discovery possible, realizing that he genuinely cares for her son. It is with this realization that she relinquishes the long battle and opens herself to Mr. Rainwater. Ella is now deeply in love, with Mr. Rainwater feeling the same. And it's clear to both that their lives have been changed inexorably. Ella's home of Gilead is in what has been named the Dust Bowl. Once-productive farms in Texas are now barren wastelands. Farmers have gone bankrupt, joining the herds of homeless in the shantytown on the border. For many who remain, the only option left is to ask for federal aid. Franklin D. Roosevelt's Drought Relief Program offers farmers financial help: cattle are purchased at a fair price and hauled away, and the meat is distributed to hungry people nationwide. It's a program formed of honorable intentions, to be sure, yet it's flawed in its execution. Though it's saving many people, the fact remains that not all of the herds are taken. Large numbers are bein

Published by Thriftbooks.com User , 13 years ago
In 1934 in Gilead, Texas, after her husband deserted Ella Barron and their son Solly, she supports them by running a boardinghouse. Her ten year old child has issues that make him different and requires much attention from Ella. Although she is tired from all she must do to keep the place running and her son safe Ella believes it is worth it for her Solly. Ella agrees to take in a new boarder David Rainwater based on a recommendation from a friend she trusts. The quiet newcomer surprises her as he is more than just kind to Solly; he spends quality time with her son. Ella reluctantly becomes attracted to him and he is falling in love with his landlady and her child. However, when racial hatred led by affluent Conrad Ellis leads to violence aimed at Ella and Solly, David risks his life to protect those facing brutality. This is a deep Great Depression Era Texas thriller as poverty ignores race, ethnic background and gender, but people don't. Racism turns brutally ugly as Ellis and his followers are the law. Ella is a courageous individual while Solly steals hearts as the townsfolk see him as either pitiful or demonized, making him a perfect helpless target of Ellis. David will surprise readers as Solly gives him the inspiration to risk his life. Sandra Brown is at her best with this heart-wrenching one sitting Americana. Harriet Klausner

Not your typical Sandra Brown novel

Published by Thriftbooks.com User , 13 years ago
This book was outstanding. It is NOTHING like Sandra Brown has written before. I have never written a review before, however I felt compelled to do so because this novel touched me in so many ways. The main characters will stay with you long after you've read the book. The epilogue was beautiful! It's a very emotional read so please have your tissues ready! Thank you Sandra Brown for writing this beautiful story!
Trustpilot
Copyright © 2022 Thriftbooks.com Terms of Use | Privacy Policy | Do Not Sell or Share My Personal Information | Accessibility Statement
ThriftBooks® and the ThriftBooks® logo are registered trademarks of Thrift Books Global, LLC