When Private Matt Duffy wakes up in an army hospital in Iraq, he's honored with a Purple Heart. But he doesn't feel like a hero. There's a memory that haunts him: an image of a young Iraqi boy as a bullet hits his chest. Matt can't shake the feeling that he was somehow involved in his death. But because of a head injury he sustained just moments after the boy was shot, Matt can't quite put all the pieces together. Eventually Matt is sent back into...

Published by Thriftbooks.com User , 11 years ago
I picked this up from my shelves to read recently mainly because I'd been reading a LOT of more light-hearted novels and so felt I needed something more serious to kind of balance it all out. I've also read a tiny bit of McCormick before ("Cut" and her story in "Up All Night") and was excited to read this new book of hers. This is a great book and is written so well. It's told in third person but mainly focuses on Matt and his story is so compelling. There's a bit of a mystery to it as Matt is trying to put the pieces back together of just what exactly happened to give him the head injury. The first half of the book details his recovery and the second half deals with him getting back out into the war. I don't think I've read a story about a soldier in a war, especially one still going on, and it hits you emotionally, reading about what these soldiers go through. This book opened my eyes and gave me a new-found appreciation for soldiers going into war. The relationships between everyone are clearly defined and the interactions are written realistically. This is definitely a book that needs to be read by everyone, no matter what age.

One of the Best Books I Have Read in Years

Published by Thriftbooks.com User , 12 years ago
It is quite a shock to be in a war zone one moment and to wake up in a hospital bed the next, barely able to move. Matt Duffy, a private in the U.S. Army who is serving in the Iraq War, opens his eyes to a doctor poking his feet with a sharp object, testing his nervous system. He is having flashbacks from the attack, a strange sequence of events that seems to culminate in a child being shot and an explosion right next to him. Matt doesn't remember exactly what happened, just a series of bizarre details from the alley: a stray dog sifting through garbage, a candy wrapper caught on a coil of razor wire, and the resonation of a muezzin call for the mosque. Then a man speaks to him "on behalf of the President of the United States and the citizens of a grateful nation," and he is awarded the Purple Heart for wounds sustained in combat. The man goes on to tell Matt, "Your mission now, son, is to get better." But such an order is easier said than done. Matt has to relearn to walk and think. He has constant headaches and is medicated for them. One of his legs drags, a permanent injury. The Army doctor assesses him regularly to determine if his other injuries will be permanent as well. His buddy, Justin, comes to visit him in the hospital, and he tells Matt, "You're fine. You've got a black eye, but to tell you the truth," Justin jokes, "it's actually an improvement." Matt discovers that Justin, while under heavy fire, carried him out of the attack zone --- he saved Matt's life. And Justin tells him what he remembers of the attack: "We got separated...So we end up in an alley...and the bastards jump out of their car and disappear inside a house at the far end of the street. So we jump out of the Humvee and take off on foot. As soon as we do, we start taking fire...So we duck inside this house across the street...We find an upstairs window. We rip down the curtains and we see, across the street, at the other end, this one haji...leaning out the window to get a head on our location...And so I light him up. Bam! He goes down like a ton of bricks." But Matt unfortunately (or perhaps, fortunately) can't remember any of the events that Justin recounts to him. The effects of Matt's traumatic brain injury eventually begin to clear, but he still only remembers bits and pieces of the events surrounding the attack. He sees an Army psychiatrist who tells him that, as a coping mechanism, the mind often blocks out what it can't handle. After a few days in the hospital, Matt is escorted to the office of Lieutenant Colonel Fuchs, the same officer who awarded him the Purple Heart. Fuchs tells him that a child Matt knows was killed in the attack and that he will have to report on what happened in a criminal inquiry, an attempt to determine if Matt or members of his squad broke the Rules of Engagement. Under these rules, it is stated that civilian casualties come with a prison sentence if the situation could have been avoided. Fuchs warns Matt to weigh his words careful

Published by Thriftbooks.com User , 12 years ago
"Matt thought about his squad, about Justin, about Wolf and Figueroa, about their new squad leader, Sergeant McNally. The first thought that came to mind wasn't a firefight or a door-to-door search. "It was the time Wolf's mom sent him a bunch of cans of Silly String. The whole squad ran around the barracks, hiding and ambushing one another, spraying neon green Silly String everywhere, imitating the ack-ack sound of an M16 each time their fired. They were playing war, Matt remembered thinking, while a real one was raging outside. "As he watched Wolf squirt Silly String down the back of Figueroa's shirt, he remembered thinking, This is what war is about. It wasn't about fighting the enemy. It wasn't about politics or oil or even about terrorists. It was about your buddies; it was about fighting for the guy next to you. And knowing he was fighting for you." I dream of a world in which ambushes are regularly conducted with Silly String. I applaud my President for willingly shaking hands with foreign leaders who have been critical -- as I have been -- of American foreign policy as practiced by George W. Bush. I want our disagreements with Venezuela, Cuba, Iran, North Korea, and everywhere else to be solved with words, not with our armed eighteen-year-olds and their armed eighteen-year-olds. Not with my own precious, soon-to-graduate eighteen-year-old I hope we continue to rid our government of those responsible for using billions of our tax dollars to send hundreds of thousands of teenage Americans into harm's way in an unnecessary war in Iraq. Sorry, but stories about the Iraq War get me really upset. I find it hard to say, Hey, this is a great book! It's about the Iraq War!...even when it is a great book...which this one is. For me, the reality check in Patricia McCormick's PURPLE HEART is when narrator Private Matt Duffy gets a letter from his girlfriend Caroline, who is complaining about her high school biology teacher and an imminent pop quiz. As they'd say back when I was their age (during a different war), Can you dig it? We're talking about a young soldier who was sitting in Homeroom just last year, waiting to meet up between classes with his sweetie at her locker; a young man who is now sitting in a hospital in the Green Zone with a Traumatic Brain Injury that is sure to color the rest of his life, a life that might not be all that long given that the medical staff are under orders to get him and those like him back to their units for more action ASAP. "'Sir? This thing I have -- TBI. How do I know when I'm better?' "Kwong hung the clipboard at the foot of the bed and pulled a tiny penlight from his pocket. 'There's no clear scientific way, if that's what you mean.' He came around to the head of the bed and shined the light in Matt's eye. 'It's more the absence of indicators -- you understand?' "Matt nodded. But he wasn't sure he really did grasp what the doctor was saying. "'You still having language-retrieval problems?' Kwong s

Published by Thriftbooks.com User , 12 years ago
Going to war wasn't a first choice for Matt Duffy, but it seemed like the most sensible. He hadn't done that great in school, so college for him didn't really make sense. On the other hand, his little sister was a good student, and joining the Army would provide the necessary funds to send her to college when the time came. Whatever his reason for joining up, Matt found himself in the middle of Iraq doing the patriotic thing for his country. Even though they warned the young soldiers during basic training, he was surprised by the heat, the noise, and the people. There were slow days with routine missions; welcome days after some of the scary attacks Matt had witnessed. Recently, they'd lost their squad leader, a fellow named Benson. Amazing that this fact is one of the few things Matt can remember as he wakes up and finds himself in a hospital, answering questions from a man in scrubs standing at the foot of his bed. When Matt begins to ask questions of his own, he learns that when he and his partner, Justin, followed an insurgent into a dead-end alley, there was an explosion and he suffered a TBI (traumatic brain injury). With the exception of a weakened right leg, everything else seems to be in working order. Doctors are prescribing rest and saying he'll be back with his unit in no time. With time to think, Matt is trying to remember just exactly what happened. As events of the attack begin to come back to him, he realizes he may have been responsible for something terrible. How can he bring back the memories - and does he really want to remember? Patricia McCormick shares the life of an American soldier in Iraq. YA novels dealing with the Iraq War are beginning to appear on bookstore shelves, and PURPLE HEART offers readers a chance to experience the war through the eyes of a young soldier trying to make sense of why he is fighting and whose lives he is effecting in this controversial war. McCormick reveals not only the point-of-view and mindset of American troops, but also a glimpse of the life of the regular Iraqi citizen trying to cope in a country at war. Teens thinking about military service, teens that have family and friends stationed in Iraq, or teens just curious about the distant place they hear about on the news will all benefit from and appreciate the service and story of Matt Duffy. Reviewed by: Sally Kruger, aka "Readingjunky"

Purple Heart Mentions in Our Blog 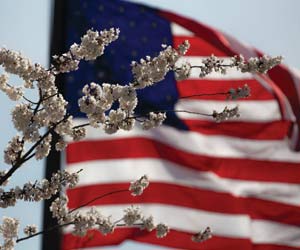 Powerful Soldier Stories for Every Age
Published by Ashly Moore Sheldon • May 27, 2020

For many of us, Memorial Day stands as the unofficial kickoff to summer, an opportunity for BBQs and fun in the sun. But the true significance of this holiday is much greater. In honor of U.S. military personnel who have died in service, we offer a variety of soldier stories for all ages.