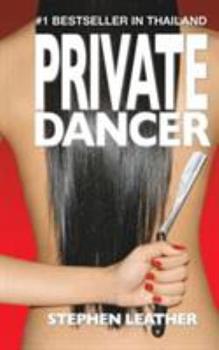 Published by Thriftbooks.com User , 13 years ago
This book is like potato chips. Read one page and your hooked. A must read for all first timers to Thailand. And makes good reading for the more experienced expats too.

Published by Thriftbooks.com User , 13 years ago
Posted by Admin / 31. January 2008, 03:37 UP UNTIL a couple of weeks ago, I must have been the only foreigner in Thailand who had not read Stephen Leather's novel Private Dancer. I knew about the book; I'd heard great things about the book; but I'm not what you would call a prolific reader, having read perhaps only twenty books during my lifetime. A friend loaned me his copy of Private Dancer and, thanks to two visits to Bangkok in three days, I found the four road trips of two hours each provided the perfect opportunity to finally read it. I've never done a book review since I finished high school and I don't intend to start now, but I must report on what I discovered was a fabulous book. First of all, Private Dancer is a novel with the usual disclaimer that "All characters in this publication are fictitious ..." I don't believe that for a second; the reason being that I have personally met them all. They may not have been the exact characters Mr. Leather was referring to but they were their cosmic clones. Trust me, these people do exist. In fact, I was once one of them but I'm not going to disclose which one! In this I found the only negative feature of the book: I suspect it would be far more enjoyable if the reader had prior knowledge of Thailand and, in particular, the foreign bar scene. To someone who has never been to Thailand, a lot of the events, the irony and the dialogue may be wasted. Nevertheless, I could relate to all of it and form a clear picture of every scene in my head, making it chilling reading. This was another indication that although the novel may be a fictional story in its entirety, it must be based on a series of real events. Nobody could describe episodes so accurately and believably without having either experienced them himself or observed them first hand. Putting it crudely; you can't make this stuff up! For example, there is a scene in which the enraged hero tries to smash a television set. He throws it to the floor repeatedly and kicks it but still the screen doesn't break. Having never attempted this silliness myself and with a negligible knowledge of electronics, I would have thought a television set was a sensitive piece of equipment and the screen would be delicate. Our hero eventually gives up with the words, "God knows what they make the screens from, but take it from me, they're practically indestructible." In my opinion you would not know that unless you had actually tried it yourself or witnessed someone else in the act. I confess that when I was a quarter way through the book, I had to stop reading. It was making me angry and frustrated. How could any man be so blind and stupid? I found myself shouting at the main character and fighting the urge to rip him from the pages, grab him by the throat and slap some sense into him - one slap for each syllable of my lecture. This was the beauty of Mr. Leather's prose; he made me feel like I was part of the action and, irrationally, that

Published by Thriftbooks.com User , 14 years ago
For those that can say "been there, done that" this book is deja vu. A combination of pleasure, passion and the subtle interations of culture is what makes this book a good read. This story could easily be parts of any man's memoirs that has spent time in the Land of Smiles. Or a compliation of experiences of those ex-pats that both praise and curse this hidden in plain sight lifestyle. A guide? No. Entertaining? Yes. For cynics - I suggest a 7 night stay in Bangkok. Walk in the footsteps of Pete, Joy and the rest of the colorful characters of this enjoyable book. Nothing else needs to be said.

Right on the money

Published by Thriftbooks.com User , 14 years ago
I lived in Thailand for three years and this book captures the reality of what occurs there, not only about the bar scene, but many of the cultural differences as well. It also presents a balanced view of East/West relationships in the context of the setting in which it takes place without pandering or insulting the Thai culture in any extreme way. It was an enjoyable read!

PRIVATE DANCER - A MUST READ FOR ANYONE GOING TO BANGKOK

Published by Thriftbooks.com User , 15 years ago
Imagine, picking up a novel where you were so absolutely riveted, so drawn into the characters that you could actully feel the drippy heat of a Bangkok night and the racing of your heart as a drop dead, brown-skinned Thai women in a go-go bar lets loose a smile that just locks up your heart ..... . Well, that's what happened to me. I couldn't put this thriller down. My 20 hour flight from Bangkok home to NYC seemed like a mere extension of my visit as I was just sucked right back into that vortex of illusion hidden between the pages of Stephen Leather's Private Dancer. If one has any questions to what was going on in the Bangkok bar scene, how middled aged white males go over there and fall completely, head-over-heels in love with these brown skinned asian beauties ... or .... why men get hooked and live their 9 to 5's 11 months a year to fly clear across the world to this Asian Hotspot, this book answers it and more .... But it also destroys the illusions. It reveals the truth. The pathetic side. To impoverished Thai women, men are merely walking ATM cash dispensers. To the men, these are instant girlfriends, phenomenal actresses, whom within minutes, can elicit feelings of love no western woman could complete with, all enveloped in a package of innocence ... of youthfulness, the male fantasy we were promised by Hollywood. If you're planning a trip to Bangkok and you're male and are tempted in any way to investigate the sex scene or just wondering about those beautiful smiling Thai women beckoning you on, with a knowing glint in their eyes , please read this book. It will have you walking in with your eyes solidly open and even now, as I think about this book, I hope Mr. Leather writes a sequel, because, sitting now at 6 AM in the morning back in my NYC apartment this chilly February morning, his work has put me right back there in the heat of a Bangkok night. - John Petrocelli - trancecoach.com
Copyright © 2020 Thriftbooks.com Terms of Use | Privacy Policy | Do Not Sell My Personal Information | Accessibility Statement
ThriftBooks® and the ThriftBooks® logo are registered trademarks of Thrift Books Global, LLC