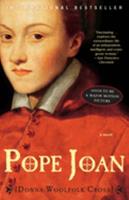 " Pope Joan has all the elements one wants in a historical drama--love, sex, violence, duplicity, and long-buried secrets. Cross has written an engaging book."-- Los Angeles Times Book Review In this international bestseller and basis for the 2009 movie of the same name , Donna Woolfolk Cross brings the Dark Ages to life in all their brutal splendor and shares the dramatic story of a woman whose strength of vision led her to defy the social restrictions...

Pope Joan one of the best books ever recommended to me!

Published by NLWhite , 3 months ago
This book will appeal to all who like to read and learn about the past. Very well written with lots of detail.

Published by Thriftbooks.com User , 20 years ago
I just finished this book and loved it! I was alittle skeptical to continue when I first started it as I am easily upset about references to torture and medieval lifestyles. I am so glad that I continued reading. Unfortunately, the scenes of torture and representations of women as being lowlier than dogs was fact in this era (ninth century) and an important part of the story. They provided the basis for understanding what drove Joan to make the decision to live her life as a man. She was a woman filled with a passion for learning and exploring all that life had to offer the men of her time, but was forbidden for women to know. She was brave in the face of danger, had a keen and intelligent mind, and yet always exhibited an underlying femininity as she nurtured the sick, the poor and the children and when she spoke of her love, Gerold. She not only wanted to better her own life, but was committed to helping those around her as well.I am not Catholic and was completely unaware of her so-called legend. It is still debated as to whether or not she existed; some believe that the Catholic Church has deliberately removed her from any records of the time to avoid having to deal with the embarrassment of her rise to be Pope (the author spends a short time at the end of the book presenting this debate). I, for one, want to believe she existed. She represents all that is good in people and proves that we can attain our goals if we truly believe in them.Definitely, recommended reading!

Published by Thriftbooks.com User , 20 years ago
Having received the greatest esteem from my reading peers, Pope Joan was a must read for me. From the onset of this tale I was enthralled. It delves into a subject that has long been a mystery in the Roman Catholic Church. Was a woman ever Pope? Woolfolk-Cross weaves a tale of a headstrong, intelligent young woman who will let no man stand in her way--- even if she has to conceal her true identity. Joan is faced with many obstacles, but uses her womanly nature to her advantage. Woolfolk-Cross paints a portrait that is difficult not to see. The essence of the time period-one extremely difficult for women-is very clear. Joan is a woman blessed with strength, courage, and a lust for knowledge. Her determination to be a strong and independent woman is encouraging and translates even to today's world. Regardless of your religion, or your notion of religion this book is certain to appeal to you. It is not a book strictly for the religious, it is far from that. It is a tale of strength, which translates to all facets of life. Woolfolk-Cross has written a masterpiece, and a highly-researched one at that. Pope Joan exceeded my loftiest expectations.

Published by Thriftbooks.com User , 20 years ago
I first found this novel after seeing a documentary on the myth or truth of Pope Joan, and found that I wanted to know more of this amazing story. What I found was a well crafted and entertaining historical novel, and if I am none the wiser as to whether the story is truth or fiction, I am still well satisfied with the adventure and the characters.It is a richly detailed story of medieval life, and a story of a strong young woman with formidable intellectual abilities, stifled by her womanhood in a male dominated world. In an effort to gain the education she so badly wants, she takes on the persona of her slain brother, and rises through the church ranks to that of Pope.It may be a fanciful story, and it may not be. They say that truth is stranger than fiction. But in the absence of anything but shreds of myth, the story makes for very good fiction.

Published by Thriftbooks.com User , 20 years ago
Some have heard of the infamous Pope Joan, the woman who disguised herself as a man, and achieved the highest status of the time...The Pope, but many have not. Donna Woolfolk Cross has brought the legend of Pope Joan to life. The novel is written in a fictional sense, but weaves many of the little known facts into the tale. You decide for yourself...Joan was considered a very abnormal woman who's desire to learn was ungodly and considered sinful. A woman's place was to be subserviant to men. The reader will experience the struggle and conflict that Joan experienced as she embarked on her journey of higher actualization. To say that Joan was immune from seeking and wanting love would be untrue. The reader will follow Joan as she reconciles her feeling for her one true love. The characters have been created with amazing detail and are a very good representation of the time. One can create a visual image of the atire; the struggle to meet basic needs; and mostly the status and order that prevailed among the classes.I highly recommend Pope Joan, both to the individual and to any book club. This novel was truly engrossing, it offers a different perspective than the traditional patriarical view of past times. Pope Joan will spark conversations, heighten your awareness, and remain in your memory for a very long time.

Pope Joan Mentions in Our Blog 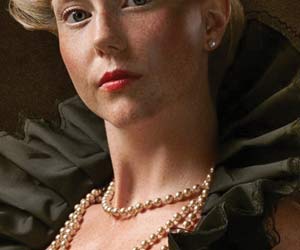 It's still relatively unusual, but there are dozens of instances of women who have ruled countries. They may have had to bust open a few doors, but they've made their mark on history. To celebrate Women's History Month, here are 11 of these feminine powerhouses.