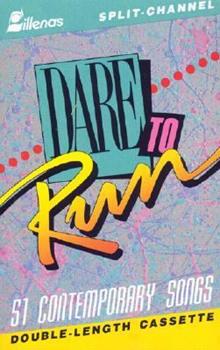 (Book #1.5 in the Hercule Poirot Series)

The first collection of short stories featuring one of the world's favorite fictional detectives, Hercule Poirot No criminal can outwit Agatha Christie's famously eccentric Belgian detective as he... This description may be from another edition of this product.

Poirot is lovably arrogant as usual...

Published by Thriftbooks.com User , 14 years ago
I just love Poirot! These 11 stories are extremely enjoyable. Poirot is his usual lovably arrogant self. Poirot fans will enjoy the last tale, which is Poirot's only "failure". Each story has a satisfying conclusion and the expected tricky plot twists.

Published by Thriftbooks.com User , 16 years ago
This is a very pleasant collection of short stories; Although we have a tipical Poirot and the Agatha Christie style is evident, I think it was intended as a sort of tribute to the Sherlock Holmes adventures: the titles, subject matter and general feel reminded me of those. These stories are to be found also in the tv series starring David Suchet.

Poirot and Hastings as their most Holmes and Watson

Published by Thriftbooks.com User , 18 years ago
This is the first collection of Poirot short stories, originaly published in 1924. Christie appears to have been very heavily influenced by the Sherlock Holmes stories while writing these. The relationship between Poirot and Hastings is very like that of Holmes/Watson, the stories in general are reminiscent of some of the Sherlock Holmes stories, particularly "The Veiled Lady" and "A Scandal in Bohemia". While the tone and settings of the stories are somewhat derivative the solutions are pure Christie.The stories included in this collection are:The Adventure of the Western StarThe Tragedy of Marsdon ManorThe Adventure of the Cheap FlatThe Mystery of Hunter's LodgeThe Million Dollar Bond RobberyThe Adventure of the Egyptian TombThe Jewel Robbery at the Grand MetropolitanThe Kidnapped Prime MinisterThe Disappearance of Mr. DavenheimThe Adventure of the Italian NoblemanThe Case of the Missing WillThe Veiled LadyThe Lost MineThe Chocolate Box

Published by Thriftbooks.com User , 20 years ago
All of these stories (narrated by Hastings) first appeared in _The Sketch_ (a magazine) throughout 1923; all have been adapted by A & E. I've sorted them by original publication date."The Jewel Robbery at the Grand Metropolitan" - (14 March, 1923) Locked-room theft. Hastings, having had a windfall, persuades Poirot to join him on holiday at the Grand Metropolitan in Brighton. When a fellow guest's pearls are stolen, nobody seems to have had opportunity both to steal and conceal them."The Disappearance of Mr. Davenheim" - (28 March, 1923) Locked-room disappearance: the senior partner of a financial firm went for a walk, just before meeting a competitor in his own home - but Davenheim was never seen again. Japp bets Poirot a fiver that he can't solve it without leaving his flat, even if he gets all the information Japp does."The Adventure of 'The Western Star'" - (11 April, 1923) Movie star Mary Marvell has been receiving mysterious letters, saying that her husband's wedding gift to her - a fabulous diamond - is actually one of a pair, the stolen eyes of an idol. And now she and her husband, Gregory Rolf, are negotiating a deal to film at Yardly Chase - where the Star of the East is the most famous gem of Lord Yardly's collection. (Incidentally, the Valerie Saintclair and Lord Cronshaw cases mentioned in passing can be found in _The Under Dog_)."The Tragedy at Marsdon Manor" - (18 April, 1923) An insurance company hires Poirot to check on the death of a man who, on the verge of bankruptcy, had taken out a lot of life insurance just before his death. (Poirot, with his love of psychology, actually stoops so low as to test suspects with word-association games here.)"The Kidnapped Prime Minister" - (25 April, 1923) Set during WWI, after _The Mysterious Affair at Styles_ but before Hastings became Poirot's roommate. The kidnapping occurred just after an assassination attempt and just before a major peace conference; the government is afraid that without him, they'll get "a premature and disastrous peace." Poirot wonders why, after trying to shoot him, the kidnappers are now making an effort to keep him alive. Contrast this case with another kidnapping much later in Poirot's career: "The Girdle of Hyppolita" in _The Labours of Hercules_ (Christie's ability to flesh out characters and make the reader care about the victim had increased greatly by then)."The Million Dollar Bond Robbery" - (2 May, 1923) Poirot would have loved to investigate the theft of the London & Scottish Bank's bonds during their transfer to New York, if it hadn't happened on an ocean liner (he's prone to seasickness). Fortunately, the problem has come to *him*."The Adventure of the Cheap Flat" - (9 May, 1923) Hastings and his friend Gerald Parker (who continually makes real estate deals in London, constantly moving about) meet the Robinsons at a dinner party, and the question is, why is their landlord virtually giving them a furnished flat in fashionable Knightsbridge?"The Mystery o

Poirot and Hastings -versus- Holmes and Watson

Published by Thriftbooks.com User , 21 years ago
This was Christie's second Poirot book and the first collection of Poirot short stories. The stories are taut, well-plotted, and surprise endings abound. Not all the cases are murders, but Poirot acquits himself admirably no matter what type conundrum he faces. To me, Poirot is more enjoyable in the short story format than in novel-length stories. The plots have to be simpler, the cast of suspects smaller, and the clues and red herrings less abundant.Christie's Poirot is still heavily indebted to Arthur Conan Doyle's Sherlock Holmes. I don't mean this as a negative. Doyle's Holmes was likewise heavily indebted to Edgar Allen Poe's Dupin. Let's catalog a few of Christie's more obvious borrowings from Doyle. Many of the stories are entitled "The Adventure of . . ." Almost all Doyle's short stories were entitled "The Adventure of . . ." As the first story opens, Poirot and Captain Hastings (aka Dr. Watson) are living in a second story apartment and have a landlady. The first story opens like Doyle's "Beryl Coronet" or "Case of Identity", and has a denouement strongly suggestive of "The Mazarin Stone". One story, "The Adventure of the Cheap Flat", is an interesting twist on the plot of "The Red Headed League". In one story Captain Hastings is seen fetching books off the bookshelf for Poirot just as Watson did for Holmes. Once Poirot echoes Holmes when he says "You know my methods by now, use them." "The Veiled Lady" takes its title from Doyle's "The Veiled Lodger", its opening from "A Scandal in Bohemia", and its plot is a very interesting twist on "Charles Augustus Milverton".Christie is beginning to declare her independence from Doyle's influence, however, as evidenced by Poirot's disdainful recitation of Holmes' methods for examining crime scenes. Christie even attempts to put Poirot above Holmes when she has Poirot solve a mystery that stumped Holmes. One of Holmes' rare failures was the incredible mystery of Mr. James Phillimore (who stepped back into his house to get his umbrella and was nevermore seen in this world). Poirot solves a very similar case in "The Disappearance of Mr. Davenheim". Christie even includes one of his failures, "The Chocolate Box". This story ends with Poirot asking Hastings "If at any time you think I am growing conceited. . . . You shall say to me `chocolate box', it is agreed?" just as Holmes once said to Watson "If it should ever strike you that I am getting a little overconfident in my powers . . . kindly whisper `Norbury' in my ear. . . ."
Trustpilot
Copyright © 2022 Thriftbooks.com Terms of Use | Privacy Policy | Do Not Sell or Share My Personal Information | Accessibility Statement
ThriftBooks® and the ThriftBooks® logo are registered trademarks of Thrift Books Global, LLC