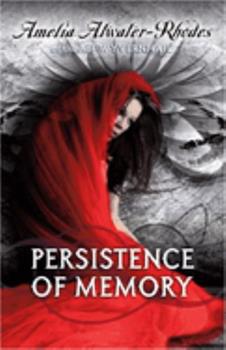 (Book #5 in the Den of Shadows Series)

Sixteen-year-old Erin Misrahe just wants to be like everyone else in her new school. But Erin has more to worry about than passing AP Chemistry or making friends. In times of stress, she has always been overcome by her alter ego, Shevaun, whose violent behavior wreaks havoc on those around her. Erin can never remember anything about these episodes, and she's grateful to have been spared them for a while. But when a protective friend comes back into...

Published by Thriftbooks.com User , 12 years ago
I am hopeful that the author will continue this series. This book deals with the issue of teens and mental illness. The protagonist has dual personalities and is having problems working through her life. (As if being a teenager isn't hard enough, right?) The book doesn't deal with these issues in a trite manner, but instead offers the reader insight into the girls' life and the way she (they) deal with stress. I also really enjoyed the fantasy aspect to the book, which opened up the story to not just a dry or depressing read. Instead this "fantastic" element added more to it--teen melodrama fiction, if you will. Overall, this is a great book and will be enjoyed by teens and adults.

Excellent read for all you Twilight Fans

Published by Thriftbooks.com User , 12 years ago
I loved this book, found it very difficult to put down. The idea of the the main character being two people that she was unaware of, was interesting plot twist. Her alter ego turns out to be a vampire who takes over her body when she becomes stressed out. I know that feeling, only I call it PMS'ing. She must battle to keep her body for herself with the help of a friend. It has mystery, suspense, intrigue, and most important: VAMPIRES! Very dark, very good.

Published by Thriftbooks.com User , 12 years ago
Like many sixteen-year-old high school students, Erin Misrahe struggles to belong to any crowd, but she is different. When stressed out sweet Erin turns into violent Shevaun; she hurts those nearby and when she reverts back to prime ego, she has no idea how she got where she is and what she did to others. Diagnosed by doctors as a mental illness, she is sent to the hospital and medicated. When she is released and enrolls at Nefershen Public High School where Erin makes friends with fencing team member Marissa who she see shift into a tigress. Assumed that she had another psychotic incident, Erin is back at the ward. When she awakens she is in a different place with a man claiming to be her husband Adjila the witch and that she is Shevaun the vampire. They want to know why Erin and Shevaun switch places so they can end that tie if necessary by killing the human teen. This is an excellent young adult fantasy thriller that anchors the exhilarating story line in the mundane human realm through the beleaguer teen's high school, family, and even the psycho ward; yet also insures the fantasy world once she crosses over (with readers) feels genuine. The cast is solid in both environs especially Erin. Amelia Atwater-Rhodes's fabulous tale is all about reality is in the eye of the beholder. Harriet Klausner

A Must Have Read

Published by Thriftbooks.com User , 13 years ago
It doesn't matter what age you are, this is a must read for the paranormal fan. Actally a top quality read for teens and one that is sure to grab their interest from page one to the very end. I so wish they had books like this when I was a teen. If your teen needs a good book to do a book report on this would be it. Action packed and plenty of material to talk about without having to cheat by reading the inside cover. This would also make a great Christmas gift and for the price you can't beat it. I do believe society needs to spend more time reading today instead of video games and such and what better way to promote reading than with an excellent read. I hope you all enjoy as much as I have.

Another winner for Atwater-Rhodes!

Published by Thriftbooks.com User , 13 years ago
Like paranormal fiction? Like vampires, witches, and shapeshifters? Persistence of Memory by Amelia Atwater-Rhodes is sure to please. Erin is a 16 year old girl diagnosed as schizophrenic. She has spent much of her life in psychiatric hospitals, and wants nothing more than to be a "normal" American teen. Unfortunately, she continues to suffer dissociative episodes despite being heavily medicated. She knows Shevaun as her hated alter ego. Shevaun is an "immortal" vampire. She hates Erin and wants her dead. Her partner, the very powerful witch Adjila, wants to sever the inexplicable tie between Erin and Shevaun, but is worried doing so will cause Shevaun irreparable harm. Sassy, Erin's shapeshifter friend, is trying to convince Erin that she's not psychotic and that Shevaun does exist. They are on a collision course with Adjila and Shevaun, and Sassy knows he's no match for the powerful witch. Once Adjila realizes the truth, however, an uneasy alliance is formed. This is indeed a "thrilling tale of love, loyalty, and illusion" as Erin discovers that "real life is stranger than any delusion you can come up with."
Copyright © 2020 Thriftbooks.com Terms of Use | Privacy Policy | Do Not Sell My Personal Information | Accessibility Statement
ThriftBooks® and the ThriftBooks® logo are registered trademarks of Thrift Books Global, LLC