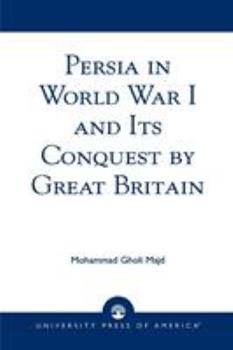 Persia in World War I and Its Conquest by Great Britain

Using U.S. State Department archives, Persian sources, and memoirs of British military officers, Majd provides an outline of military, diplomatic, and political events in Persia during 1914-1918. Persia in World War I and Its Conquest by Great Britain describes Persia's failure to gain recourse at Versailles, alleging that Persia was a loser both in war and peace. It is the second book in Majd's World War I triology.