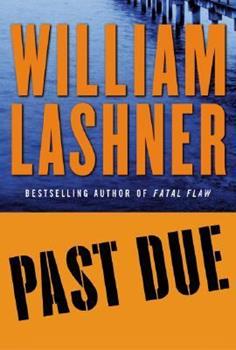 (Book #4 in the Victor Carl Series)

His career tainted by a series of questionable decisions made in the name of justice, attorney Victor Carl investigates the murder of client Joey Cheaps and discovers a link between the killing and a violent death that occurred twenty years earlier.

Published by Thriftbooks.com User , 12 years ago
Philadelphia lawyer Victor Carl is broke, as usual, and his father is lying in a hospital bed near death. Victor's client Joey "Cheaps" Parma seeks Victor's advice about a murder he was involved in 20 years before of Thomas Greeley, a law student/drug kingpin. Soon after his confession, Joey's body is found on the waterfront, with his throat slit. Victor, always defender of the underdog, knows the police won't put too much effort into finding Joey's killer, so Victor commits to finding out why Joey was murdered. His investigation leads him back to Joey's youth, and on to the people surrounding Thomas Greeley, including a present Supreme Court jurist and his eccentric wife and her life journals which hold the secret behind Joey's death. Victor Carl is perhaps the best character written today. His self-deprecating comments, inner turmoil, and reflections reveal a man whose demons from the past influence his present-day life. The relationship with his father, previously tumultuous, is now mellowing as his father's health deteriorates. Lashner delivers intriguing characters with real depth and dimension. Victor Carl's introspections are insightful and well-delivered and simply eloquent. The plot is a twisty one, and the read lengthier than most mysteries, but well worth the time.

Published by Thriftbooks.com User , 14 years ago
I picked up PAST DUE one night on a whim, knowing nothing about William Lashner or his reputation in the mystery genre. The cover caught my eye, and it looked thick, so being the type who prefers more of an epic story, I snatched it off the shelf and perused the first line. I was hooked. And the book took off from there. Lashner created a very funny anti-hero in Victor Carl, a sleazy Philadelphia lawyer intent on keeping his word to find a murdered client's killer. Carl's loyalty sees him encounter dangerous thugs of all types, from members of the Mafia to crooked politicians and judges, to drug dealers and their hangers-on. They all put Carl through the ringer, and do so in such smart and funny ways that many times I found myself laughing out loud at what transpired. The mystery is superb, keeping you guessing until the VERY end, and Carl's occasional visits to his dying father in the hospital are funny and touching all at once. All the characters are drawn to perfection, too, making you believe in them and accenting the story with that much more poignancy. Lashner's chapter endings are among the best I've ever read. So good, in fact, that I absolutely hated when I had to put the book down. So my only qualm with PAST DUE really only concerns the ending. Lashner has a ton of expectation riding on the climax, dispensing with the humor and getting serious as the end approaches. But then, in one fell swoop, everything turns comical again when we find out who's behind it all and why. Needless to say, I felt let down, almost a bit cheated. Seems he wanted to lighten the mood a bit prematurely. Nevertheless, I still heartily recommend PAST DUE for any mystery, suspense, or thriller enthusiast out there. The story's a funny, intriguing romp that takes you through the highest courts in Philly to the seediest parts of its underbelly. Truly epic in scope, pick up PAST DUE for a good laugh and a good mystery.

Published by Thriftbooks.com User , 16 years ago
I was surprised so few have reviewed this book and the four stars was equally confusing. The writing is superb. The dialogue is funny, genuine and snappy as all get out. The plot is fast-paced and the characters are colorful and interesting. Quite frankly, I couldn't put it down. Lashner scores with this one and adds a new fan to his readers base. I won't hesitate to pick up his next, in hardcover. Read it and enjoy!

A New Dimension for Lashner

Published by Thriftbooks.com User , 17 years ago
This is Lashner's most ambitious work and is clearly a departure from his first three books, all of which I read and enjoyed. South Phildelphia lawyer Victor Carl is the narrator, but this has little to do with being a Grisham type novel. This is Mystic River moves to South Philly. It all starts with Joey Cheaps getting his throat slashed. Joey leaves the world the way he lived in it, owing everyone in sight, including Carl. Hours before his death Joey had met with Victor Carl and as Carl put it, "...Joey Cheaps had given me something. It was something I didn't want, something I had no use for, but he had given it to me all the same. He had given me a murder." As Carl recounts Joey's tale of a twenty year old murder he also reveals a part of himself and his loyalty to a client. That loyalty in Victor Carl's world means "in a world where every person has turned against him there is one person who will fight by his side as long as there is a battle to be fought. And the final battle, far as I could see, was just beginning." Truer words were never put to paper.Carl's search for Joey's killer leads down many paths and to many interesting a bizarre characters. Halfway through the book he notes, "I had gotten in the middle of something, of which I didn't have the first clue." Right again.The story unwinds like the peeling of an onion and glimpses of the answer show for a moment and then the story turns in another direction. However, no matter what direction it takes, the reader has signed on for the duration and the answer when it comes, is well worth the trip. On a personal note, I came by this book through the generosity of a lady who has read my reviews and found them useful. Her husband had started the book, but found it not to his liking and declined to finish it. She offered to send it to me to see what I thought of it. Well, I am delighted she did and I would be more than happy to return it so that she might read it or her husband might give it a second chance. I found it fascinating and I hope you will also.

This may very well be the novel of the year!

Published by Thriftbooks.com User , 17 years ago
It doesn't take long with PAST DUE --- no it doesn't take long at all, just the first few sentences --- to realize that you're getting into something that transcends the normal reading experience. It's that opening paragraph, where author William Lashner begins comparing a crime scene to a nativity display that tips you off that this will be one of those rare experiences where the boundaries between reader and writer are going to be removed and cut down, and there will be --- dare I say it? --- an intimacy achieved that will be close to making love.The image that kept recurring to me as I read PAST DUE is that of Lashner as one of those gourmet chefs who comes to your table and prepares this one-of-a-kind meal where everything is perfect. The vegetables are fresh, you can still see the morning dew on them; the meat drips red and is nicely marbled; the sauces and creams shimmer deeply; and the chef knows exactly what he is doing with his razor-sharp cutlery, not so much slicing and dicing as sculpting and carving, his preparation and presentation being as much a part of the meal as the ultimate consumption. Each course is presented in due time, with prescient knowledge of how long it takes to consume, enjoy and digest each presentation. And when the meal is completed, you're not stuffed or bloated, but it was so good that you feel as if you will never need or want to eat again. That was what reading PAST DUE is like.PAST DUE is the fourth Victor Carl novel. Carl, is a lawyer in Philadelphia as opposed to the archetypal "Philadelphia lawyer." Lashner's presentation of Carl has grown progressively darker with each successive novel; in PAST DUE, he takes a tiny step back from the abyss toward which Carl had seemed to be inexorably headed.The tale begins with the murder of one of Carl's clients, a multiple-time loser named Joseph Parma, better known as Joey Cheaps. Cheaps had earned his nickname as the result of owing everyone, including Carl, money. As Carl informs us, however, in one of the many brilliant soliloquies that are so bountifully sprinkled throughout this work, Cheaps was his client and thus entitled to his loyalty. Carl accordingly feels duty bound to begin shaking bushes and turning over rocks, doing whatever it takes to discover who murdered Cheaps.And Carl has a lead, though it's tenuous. Shortly before Cheaps was murdered, he had told Carl a story about a holdup that had gone wrong some 20 years previously and that had resulted in an apparent murder and the loss of a suitcase stuffed with money, a remote event that was coming back to haunt Cheaps and that ultimately snuffed him out entirely. Carl picks up the thread, grudgingly aided by Philadelphia Homicide Detective McDeiss, who is not above trading information for an exquisite meal at a white linen restaurant. The trail leads back to a haunted Pennsylvania Supreme Court Justice, a hedonistic drug dealer, and an enigmatic woman who was the subject, decades before, of a series of er
Copyright © 2020 Thriftbooks.com Terms of Use | Privacy Policy | Do Not Sell My Personal Information | Accessibility Statement
ThriftBooks® and the ThriftBooks® logo are registered trademarks of Thrift Books Global, LLC