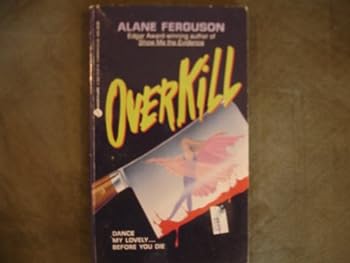 This description may be from another edition of this product. Lacey has a nightmare in which her best friend, Celeste, is murdered, and when she learns that Celeste has died exactly as she dreamed, Lacey realizes that her personal nightmare is just beginning....

It’s not a dream... it’s a living nightmare!

Published by Horror crazy , 1 year ago
When Lacey is advised by her teacher to bring her failing grades up to get a part in the school dance recital, it’s only the beginning of her problems. Her worst problem, however, will prove to be downright terrifying! One night, when Lacey suffers a horrific nightmare about her estranged friend, Celeste, being horribly murdered, she is shocked by the next morning’s announcement that her dream really happened. The principal calls the entire student body to the gymnasium to inform everyone that Celeste was found stabbed to death in her bedroom, which was exactly what happened in Lacey’s dream! When Lacey becomes the prime suspect after talking to a guidance counselor, she knows she has no choice but to find out who really killed Celeste to clear her name, even at the risk of putting her own life in danger. This terrifying book, one of the only three stand-alone YA thrillers written Alane Ferguson, at least to my knowledge, is a scary and exciting mystery that mystery lovers and horror fans will totally enjoy! Ferguson stirs in suspenseful storytelling and realistic details, which makes the whole story even more chilling! If you’re a fan of YA horror novels and mysteries, you should definitely read this book, and, quite possibly, even give her two others a try; those are called: Poison and Show Me the Evidence. By the way, I thought this book was realistic because it involves such details as courtroom procedures and lawyers. I can’t say with any certainty how realistic it is, other than the fact that my mom used to work for a lawyer. The story just felt very believable to me when I read it. You should check it out! It’s a good book!

This was a great mystery book!

Published by Thriftbooks.com User , 20 years ago
It begins when seventeen year-old Lacy Brighton dreams that he best friend Celeste is murdered...This begins a long trail of trying to find out who murdered her friend and why. You will imagine your self in Lacy's world when you read this book and you will get lost in it. This is one of the best books I have ever read.

This was a good book!

Published by Thriftbooks.com User , 23 years ago
This story is about a 17 year old girl that is getting bad grades in school. She has a "D" average. She is in drama and she wants to get a part in a play. She got really mad, and the drama teacher told her to bring her grades up in one week. She was able to bring her average up to a "C", and she was still able to be in the play. She always had bad nightmares, but one time she had a nightmare about her friend getting stabbed and dying. When she went to school she found out that her dream had come true.I think this book is very good to read because it is a good mystery book and there is not a lot of really good mystery books that I have read.
Copyright © 2020 Thriftbooks.com Terms of Use | Privacy Policy | Do Not Sell My Personal Information | Accessibility Statement
ThriftBooks® and the ThriftBooks® logo are registered trademarks of Thrift Books Global, LLC