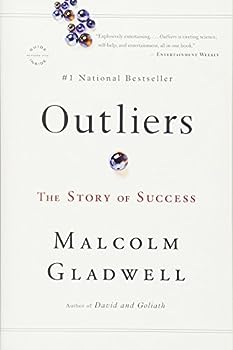 Outliers: The Story of Success

This description may be from another edition of this product. In this stunning new book, Malcolm Gladwell takes us on an intellectual journey through the world of "outliers"--the best and the brightest, the most famous and the most successful. He asks the...

Published by S. G. , 6 months ago
If the seller is going to flip books from Goodwill, remove the $2.99 Goodwill Price tag from the book when you charged me $4.69.

Published by mike , 6 months ago
I never believed in spells,not until i contacted this great man.I'M CHRIS Sharon . I've been on Drugs since 2002,I was tested HIV+. 2.Due to some Family Issues, I had misunderstanding with my wife, and we went separate ways. But as i speak now I'm now HIV-, negative my wife is back with me and we are very happy again. I'm Very sure this Man can help every-one with HIS/HER problems.To me there is no problem that Dr.Ncube can't solve. HIS MAIL ADDRESS: drncube03@gmail.com or call/whatsapp +2348155227532

Published by LC , 9 months ago
A few chapters in, you get the overall theme after that itgets a bit repetitive. I forced myself to finish the book.

Published by Cassie , 12 months ago
I absolutely loved this book. It was assigned to me for a college class, but I found it so intriguing. Gladwell is an incredible author. I will definitely be buying more of his books.

Published by Darius , 1 year ago
Amazing

"Why say much words when few words do trick"

Published by kbruce3 , 1 year ago
DULL for a psych major. Basically explains how everyday people become famous - CIRCUMSTANCES mixed with a little teeny bit of drive. If you are looking for the thought process behind outliers, this is not it.

Published by Sior , 1 year ago
Before I give a review about the book I think reviews like the one beneath are unnecessary. I too have had this problem with 2 previous books and the customer service from this company was amazing they returned my money and refused to take the books back from me. Also giving this book a one star because of the delivery service is at best dishonest because it lowers the rating of the book for future potential buyers. On to the book —> This is the second book I buy from this author even though it’s his 3rd book written. What I love The most is how he submerges you into a story and helps you live out the details before breaking down all the psychological facts that are at play behind the scenes. Recommend this book and also Blink by the same author.

Published by ediscool , 1 year ago
Not a huge Malcolm G fan, but he’s growing on me. Outliers is one of the few books I read in a day. Couldn’t put it down. Intelligent ideas supported with interesting stories. Answered a lot of questions that I wasn’t even sure how to ask.

New ideas from a person who thinks

Published by Thriftbooks.com User , 11 years ago
The common conception is that success is based upon intelligence: Orientals are more intelligent, therefore they excel in academics; the poor, living in slums, are not bright, therefore they achieve little or no success. Gladwell demonstrates with many examples that his notion is wrong. Scientists have found that the people of Roseto, Pennsylvania, for example, of Italian descent, live longer than their neighbors or their Italian ancestors because they socialize, and the socialization reduces their tensions. But, in another example, parents can affect children. A genius whose parents never taught him how to relate to other people and who never learnt it on his own, remained a farmer throughout his life, while individuals with much lower IQs accomplished much because they were taught how to deal with people. Similarly, descendants of feuding Appalachians absorbed their ancestors' manners and tended to become angry and aggressive and vindictive. Much more than IQ, persistence and practice lead to success. Gladwell shows how people such as Bill Gates, the Beatles, and even Mozart, despite their innate skills and intelligence, would not have been successful if they did not practice for some 10,000 hours. Similarly, studies have shown that by extending the daily hours of schooling of slum children, giving them three hours of homework after leaving school at 5 PM, and cutting down on their summer vacation, led to a sizable percentage of these children being able to attend college and secure good jobs. He shows also that Orientals do not have a higher IQ than other people. They are descendants of ancestors who worked on rice paddies virtually every hour of the day 360 days a year. The work required meticulous care. This way of acting and thinking affected their posterity and prompted them to achieve and seem smarter than others.

Published by Thriftbooks.com User , 11 years ago
This book should be read by everyone who wonders why some people succeed without apparent effort and others make great efforts and get nowhere. It helps to identify the hidden factors that affect everyone in their quest for success. Some cannot be overcome others may be but knowing of their existence helps salve the pains of the downtrodden.

Published by Thriftbooks.com User , 12 years ago
Well written and researched. Malcolm Gladwell examines why certain statistical portions of the population (outliers) achieve or do not achieve success. For instance, he explains why the people of a small town in New York have long lives and low crime despite greasy foods, smoking and alcohol consumption. He also states the obvious of why people, like Bill Gates, achieve their success, namely the time of which they were born and the over 10,000 hours of practise. A good read for anyone looking beyond the fallacies of dumb luck, talent or education alone. Doug Setter, author of Stomach Flattening and One Less Victim: A Prevention Guide

Published by Thriftbooks.com User , 12 years ago
Spoiler alert! This book contains about a dozen "whoa, amazing" nuggets that could change your life, or at least tell you why you never changed your life, and I'm going to include all of them here just to have them listed somewhere convenient online for my benefit (and yours). But as any Gladwell fan knows, you don't read his writings just for the "holy cow" moments, you read them for the journey he takes you on in delivering those moments. This work provides several amazing journeys, even as they stray progressively farther from what seems to be the advertised purpose of the book: to illustrate how certain people become phenomenal successes. We learn early on the secret to being a great Canadian hockey player, assuming you are already spectacularly talented and work hard. But eventually we wind up learning not how to become a spectacularly successful airline pilot, but rather a spectacularly bad one. No bother, the book is providing entertaining information that can transform your professional life. So as for those dozen points, here goes, and you've already been warned: 1. There was a town in Pennsylvania called Roseto where people lived far longer and suffered far less from heart disease than people of similar genetic stock, eating similar diets, and living in similar nearby towns. The only explanation researchers could find was that Roseto had a uniquely strong sense of community: family and faith were both strong, and the wealthy did not flaunt their success. 2. In the Canadian "all star" junior hockey league - the surest ticket to the NHL - the majority of the players on the winning team were born in January, February, or March. The league was for players between 17 and 20 years old. Why the month anomaly? Because in Canada, elite hockey teams have try-outs at the age of 10, and the age cut-off is January 1. In essence, the oldest 10 year olds are far better at hockey than the youngest 10 year olds, so the youngest (those born in December) have no chance to make the select teams, which are the only ones with excellent coaching. The pattern continues all the way through high school. Similar birthday patterns are seen in places such as the Czech junior national soccer team. Makes you wonder about what "good for your age" means in academics too. 3. Many researchers believe in the "10,000 hour rule," namely that you need to spend about 10,000 hours on a skill - anything, including music, computer programming, business dealings in the expanding American West, or mergers and acquisitions - in order to become great at it. This is something Bill Gates and the Beatles have in common, thanks largely due to circumstances beyond their control. 4. At least 15 of the wealthiest 75 people in world history (in modern dollars) were born in the 9 years from 1831 to 1840. They were old enough to have learned how to profit in the rapidly industrializing United States (via 10,000 hours of experience) but not so old as to have already se

Outliers: The Story of Success Mentions in Our Blog 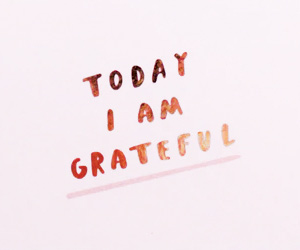 Gratitude IRL: Thank the One Who Inspires You
Published by Beth Clark • November 14, 2018

Role models can inspire you to be your best self in ways you're not able to on your own, regardless of who you are, where you live, or what your occupation, age, or bank balance is. (Which is why even already successful people hire life coaches to motivate them.) Whether it's your bestie, favorite author, teacher, celebrity, or a professional who's risen to the top of their field (ahem, RBG), November is devoted to thanking them for being someone you look up to and aspire to emulate. Keep reading for more on how role models help us, how to help them help you, and how to be one yourself.