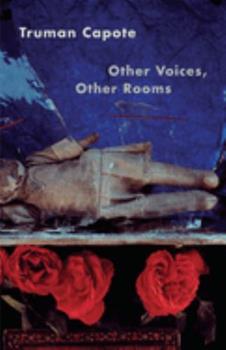 Other Voices, Other Rooms

Truman Capote's first novel is a story of almost supernatural intensity and inventiveness, an audacious foray into the mind of a sensitive boy as he seeks out the grown-up enigmas of love and death in the ghostly landscape of the deep South. At the age of twelve, Joel Knox is summoned to meet the father who abandoned him at birth. But when Joel arrives at the decaying mansion in Skully's Landing, his father is nowhere in sight. What he finds instead...

A Message Stuffed Into a Bottle

Published by Thriftbooks.com User , 16 years ago
Published in January 1948 and Capote's second novel (but the first to reach print), this still engaging work was a sensation and best seller that year and has been in print ever since. Like Capote himself, it's one of a kind. A misfit young boy, Joel Knox, the product of a broken home (as was Capote), travels from New Orleans to the backwater town of Noon City, Mississippi in search of his unknown father. After twelve years of separation, his father has supposedly written to Joel's loving aunt in New Orleans and wants Joel back. But Joel, longing for his father's love, finds himself in the decaying hothouse home of his stepmother, Miss Amy, and his clever and perverse cousin Randolph, their black "maid" Zoo, and Zoo's ancient father Jesus Fever. Joel's father is in the house too, but not in the form he anticipated. Two local girls, Florabel and the wild tomboy Idabel, round out the players and are Joel's allies in a threatening world of perversity, mental instability, and sexual ambiguity. Even though he was just 23 when he finished this work, Capote displays tremendous inventiveness, narrative talent, and over-the-top imagery. A coming-of-age story, this work gushes southern atmosphere and contains, in Capote's own words, "a certain anguished, pleading intensity like the message stuffed in a bottle and thrown into the sea." It also is semi-autobiographical, "an attempt to exorcise demons," although Capote claimed many years later that he was unconscious of this when he wrote it. On another level, this work is also about the elusive search for the father, and the discovery that one is all alone, seeking to feel that "everything is going to be all right." As a post-war novel, "Other Voices, Other Rooms" found an audience longing for the same thing, seeking the safety of a benevolent father in a perverse world, and wanting to grow up and find itself.

Published by Thriftbooks.com User , 17 years ago
In OTHER VOICE OTHER ROOMS 13 year-old Joel moves into a decaying backwoods southern mansion to reunite with his father...and finds only mystery. This psychological/gothic tale makes for a supremely atmospheric and compelling read. Reality is consistently filtered through veils of memory, family and personal history, sexual secrecy, legend, lore and more. The result is a reality that is fleeting and no more tangible than moonlight. OTHER VOICES OTHER ROOMS is also a great example of Capote's love of a tale within a tale and emphasizes his southern storyteller genius. A huge gay "subtext"! Creepy scenes, surreal characters, ghoulish ambience. Riveting. A perfect late night read.

This Story Touched Me

Published by Thriftbooks.com User , 18 years ago
I read this book a few years ago and it truly touched me. I could not put it down and read it in one sitting. I still have it and and although I never read a book twice I won't ever part with it. I have read all of his books and all I can say is that Capote was a genius.

One of the most beautiful and haunting books ever written.

Published by Thriftbooks.com User , 23 years ago
This haunting first novel of Truman Capote is a brilliant work. It is a story of youth alienation and coming of age that could be the male companion piece to Carson McCuller's "The Heart Is a Lonely Hunter." The story is told in a beautifully lyric style. It follows young Joel after his mother has died when he is sent to live with his father that he has never known. Capote paints a vivid picture of the eccentric family of which Joel finds himself a part. Joel desperately tries to find his way in a world that makes little sense. Capote is a master at making depravity beautiful and haunting without losing the sense of corruption or sugar coating the sadness. He delivers a novel that will forever live with the reader as a voice in the rooms of the soul. It is an exquisitely sad voice but not one that should ever be silenced.

Published by Thriftbooks.com User , 25 years ago
This poetic coming of age novel quickly whisks you into a world of whispers, half truths,and superstitions, where ghosts and the living share equal space. Capote is a master of imagery and symbolism. I cannot think of a more powerful image than Jesus Sunshine's mule struggling from the enormous crystal chandelier, swinging silently like a pendulum, deep in the woods of this immense, etherial hotel - all slowly sinking into the swampy floor of the lake. Time stands still in this book, and you struggle along with the main character to make your way out of the deep Southern mist that obscures midgets from little girls, men from women, and offers you the many sides of truth. The reader will find himself shaking his head, as if waking from sleep, trying to cast off the heady spell Capote has cast. Hauntingly sad and exquisitely beautiful all at once

Other voices, other rooms Mentions in Our Blog 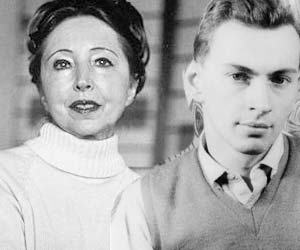 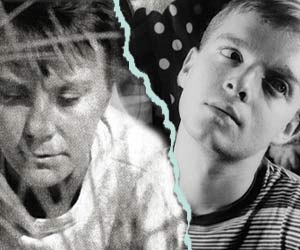 The Tumultuous Friendship of Truman Capote and Harper Lee
Published by William Shelton • December 28, 2020
Born in New Orleans, Truman Capote was frequently deposited at the Monroeville home of his eccentric cousins. The location had only one redeeming quality for him: next door lived a young girl who would initially beat him up, then befriend him—She was Nelle Harper Lee. From then on their worlds and works collided, bringing the world some of its most enduring classics, as well as an enduring literary feud.
Read Article
Copyright © 2020 Thriftbooks.com Terms of Use | Privacy Policy | Do Not Sell My Personal Information | Accessibility Statement
ThriftBooks® and the ThriftBooks® logo are registered trademarks of Thrift Books Global, LLC