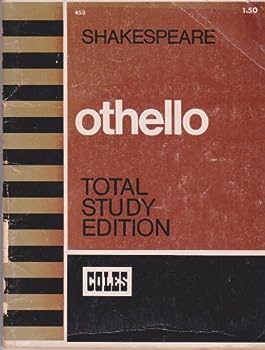 This description may be from another edition of this product. This scarce antiquarian book is a facsimile reprint of the original. Due to its age, it may contain imperfections such as marks, notations, marginalia and flawed pages. Because we believe this work is...

What passion! What subtlety!

Published by Thriftbooks.com User , 13 years ago
This Othello is unbelievably beautiful. Disconnecting oneself from The Operative and Obi-Wan Kenobi, and concentrating only on the voices of the fabulous Chiwetel Ejiofor and Ewan MacGregor, one gets a truly immersive experience into the world of jealousy, racism, betrayal, and true love that Shakespeare must originally have intended. I have to not-so-respectfully disagree with the previous reviewer; this recording is layered, clear, and absolutely pulsating with passion and tension. It's worth every penny, and I say that as a fan of audiobooks in general and Shakespeare in particular. I'll be listening to this for years; Kenneth Branagh and Lawrence Fishburne--eat your hearts out!

Published by Thriftbooks.com User , 15 years ago
This edition will be a boon for any instructor or advanced student who wants the usual Oxford treatment--extensive, thorough footnotes; wonderful appendices about music and performance; an excellent introduction that could stand alone as its own book; and well-chosen illustrations and photographs from performances throughout history.

Published by Thriftbooks.com User , 20 years ago
This play embodies tragedy, and may be my favorite play by Shakes. Othello has wonderful elements - some of the most unbearable and longest dramatic irony of any play, a devilish villain whose true motives we are left to guess, a virtuous but flawed protagonist, the triumph of evil over good. Othello is a gut-wrenching play and should be appreciated for its sheer dramatic energy and passion. Certainly other questions are explored - such as the issue of racial insecurities even in a successful and admired man among prejudiced people. However, perhaps the most important things to take out of it is the sheer evil that Iago spreads around him, puppeteering the good characters with strings of wickedness.

Published by Thriftbooks.com User , 21 years ago
"Othello" is one of my favorite Shakespearean plays, but even the best of things could use a little updating once in a while. That's why I was so excited when I found out about the comic book version. It is the play, the whole play, and nothing but the play, made easier for the layman to understand with interesting contemporary art.

Published by Thriftbooks.com User , 21 years ago
This play leaves the reader with a feeling of despair. How could there be such evil in the world as is in Iago's heart? How could there be such jealousy as with Roderigo? And what of Desdemona's undying love...so powerful that with her last breath she denies that it was indeed her husband that took her life. The flood of emotion and pain in this book leave the reader feeling a great desperation for humanity. However, the reader will find humor in the irony and figurative language that is woven throughout the dialogue. This play exposes the darkest side of man with several thrilling murders and continuous deception. It also colors the most desirable characteristics of man...devotion, trust, and love. Read this play!
Copyright © 2020 Thriftbooks.com Terms of Use | Privacy Policy | Do Not Sell My Personal Information | Accessibility Statement
ThriftBooks® and the ThriftBooks® logo are registered trademarks of Thrift Books Global, LLC