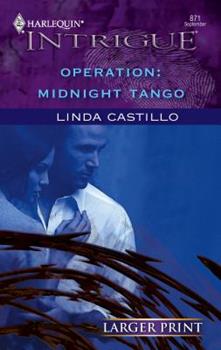 (Book #1 in the Operation: Midnight Series)

Published by Thriftbooks.com User , 15 years ago
The beginning of the Midnight series. CIA agent Zack Devlin is undercover at the Bitterroot Super Max Prison - boy is he in trouble. Emily Monroe worked at that same prison for three years, yet something funny was going on. She approached her father's friend of fifteen years, Warden Clayton Carpenter and Dr. Lionel trying to find out what had happened to two of her inmates. Zack was planning a fast escape with the help of his MIDNIGHT agent in charge of the operations, Avery Shaw. Emily was caught up in the midst of his attempted escape and he had to take her along to save her life. Not that she believed him. He was a convict. They were on the run through a snow storm and then decided to double back to get the evidence needed stop Marcus Underwood, the prison administrator if he is part of what was going on. Getting the information that Zack needed was tricky business and then they decided to break back into the Prison. Whoa, what a mix up. Undercover with Zack was Jake Vanderpol and Kendra Michaels. They needed to get out also. Great story - fast action - surprising ending - great characters. Look for Jake's story in OPERATION: MIDNIGHT ESCAPE another great story. HIGHLY RECOMMMENDED - M
Copyright © 2020 Thriftbooks.com Terms of Use | Privacy Policy | Do Not Sell My Personal Information | Accessibility Statement
ThriftBooks® and the ThriftBooks® logo are registered trademarks of Thrift Books Global, LLC