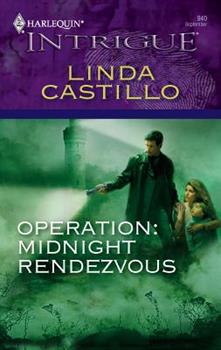 (Book #4 in the Operation: Midnight Series)

Deep-cover operative Mike Madrid tracked Jessica Atwood with ease, but one look at her revealed her innocence. On the run with an orphan in tow, the spitfire called out to Madrid, stirring passions he thought long buried. But on this terrifying night, the secrets of Lighthouse Point would be exposed. And there were those who wouldn't allow that to happen. Jess needed Mike's protection from a desperate community, but could they reveal the truth about...

Published by Thriftbooks.com User , 14 years ago
I expected more of Mike Madrid. He turns in his badge when the now head of Midnight, Sean Cutter refuses to let him cover the murder of Angela Matheson, a former lover. [Sean was just an agent in the previous book] He is determined to bring in the fugitive suspect, Jessica Atwood who apparently kidnapped Angela's autistic son. Nicholas must have witnessed his mother's murder and is now in danger. Norm Mummert is the chief of police of Lighthouse Point, California for whom Angela worked. Angela stumbled upon some organized crime going on in the ports and was getting too close to the big one. Now Mike and Jess were on the run and trying to find out Angela's secret. No one knew she was an undercover agent for Midnight. Mike took Jess and Nicholas to his brother's mission, but Jess refused to stay. She has some cockamamie idea she can help Mike to round up the perps. Another idiot female who will put the hero in danger through her own ignorance. Yup! the villians kidnapp Nicholas and shot Mike's brother, then Jess goes into stupid mode and runs to the rescue - after he has called in the back-up help of Jake Vanerpol [book #2] Now everyone is in danger. Pretty good read - Mike refuses to fall in love [yeah! right] Five years ago his wife and daughter were killed etc. - Jess has come out of a messy divorce etc. - characters not as strong as previous books - fair plot - ah well. Goes well with the series - if you follow them like I do. Just a bit disappointing. But still a good enough read.
Copyright © 2020 Thriftbooks.com Terms of Use | Privacy Policy | Do Not Sell My Personal Information | Accessibility Statement
ThriftBooks® and the ThriftBooks® logo are registered trademarks of Thrift Books Global, LLC