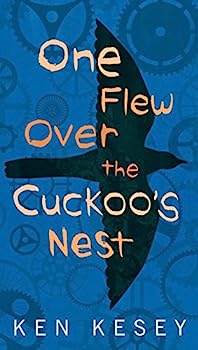 One Flew Over the Cuckoo's Nest

An international bestseller and the basis for the hugely successful film, Ken Kesey's One Flew Over the Cuckoo's Nest is one of the defining works of the 1960s. In this classic novel, Ken Kesey's hero... This description may be from another edition of this product.

Hard to get into

Published by Ksnauma , 1 month ago
I had a hard time getting into this one, I understand it's a classic but I just could not stay interested. It was very slow moving

Published by Thriftbooks.com User , 5 years ago
I had to read this book in english in grade 12 and, I must say, very gripping story. Very interesting! Absolute classic! I love the idea of using the quietest person as the narrator and I think this is as I said: Timeless.

A Masterpiece of Social Criticism

Published by Thriftbooks.com User , 19 years ago
The longing to be free is an inherent human characteristic. So is distrust of authority. Author Ken Kesey weaves both of these essential human components into his masterpiece, ONE FLEW OVER THE CUCKOO'S NEST. The setting of this novel is an insane asylum, darkly and fearfully portrayed by Chief Bromden, the book's narrator. For it is within the wall's of this harsh, bleak institution that Authority--coined the "Combine" by the Chief--controls, directs, and manipulates every aspect of the lives of the patients. Nurse Ratched, who controls the Chief's ward, is the ultimate authority figure--a menacing, cold, callous, larger-than-life authoritarian who will stop at nothing to make sure the "Combine" stays firmly in power. Kesey, through the Chief's narrative, creates a gloomy, hopeless world, a world where the facility's patients have nothing to look forward to except the inexorable clutches of insanity.Into this world appears Randle Patrick McMurphy. This character isn't insane, he's simply trying to beat a work farm rap. More importantly, McMurphy is a strong, self-willed individual; instantly, the "Combine" senses a threat to its control. The story subsequently becomes a battle of wills: McMurphy's relentless defiance against Nurse Ratched and the Establishment. Granted, McMurphy achieves a series of victories, but in the end, Authority prevails. Or does it?Kesey's allegorical tribute to the indomitable human spirit is brilliant, fascinating, and timeless. His negative social critique of authority unchecked makes ONE FLEW OVER THE CUCKOO'S NEST one of the literary masterpieces of the 20th Century, a novel most enthusiastically recommended.--D. Mikels

Published by Thriftbooks.com User , 19 years ago
Ken Kesey's "One Flew over the Cuckoo's Nest" is a modern classic and an excellent novel. Cuckoo's Nest follows the life of Chief Bromden as he silently observes the antics of the patients and staff of Big Nurse's ward in an insane asylum. Cuckoo's Nest is well written and after the first 50 or so pages I was hooked.This is the type of book that raises a large number of questions about our society. On one level it treats the issue of man vs. machine as the inmates square off with the emotionless staff at the asylum. On another it will cause you to question who really is insane and are those people insane because they are truly mentally challenged or do they simply see the world differently than the majority? Kesey shows how even the insane remain human and desire freedom and emotion and thus follows the tale.While very different in approach, this novel shares some central themes with the modern "Life of Pi". This connection is revealed in perhaps one of the most thought provoking statements of the novel "It's the truth even if it didn't happen"I would recommend this book to all who can stand a serious, thoughtprovoking read.

Published by Thriftbooks.com User , 19 years ago
Kesey's anti-establishment novel has proven itself through numerous printings and cover art changes. The truth is that this is a work that should be recommended reading at every college campus. Using a classic formula of good vs. evil, overlord vs. underdog, and man vs. society, Kesey takes readers through life in a now outdated, but largely stereotypical model of a mental institution. His humor is wicked and the characters are unforgettable. You will find yourself wondering if you are merely a cog in the wheel or if you, too, have been persecuted for being an individual. Find out where many modern cultural references originated and read this book. Questioning authority is necessary today--possibly more than ever.

The Bull Goose Looney vs. The Combine

Published by Thriftbooks.com User , 20 years ago
Ken Kesey's great accomplishment here is that he's brought a grand sense of authority to this book. He worked for a spell at a similar mental hospital in Oregon, even going so far as to subject himself to shock treatments. These experiences allowed him to add authentic detail to his world, such as the classification of the patients as Chronics, Acutes, Walkers, Wheelers, and, most ominously, Disturbed. The lucid descriptions he provides of each phylum are heartbreaking. Life in his ward world is made up of mindless repetition and routine, where patients are watched over by hapless staff, and institutionalized racism is never given a second thought. All of these aspects of the hospital work together to provide a nifty little microcosm of a radicalized 1960's America.Much of the novel is internalized. Chief Bromden, our humble narrator, begins life as a deaf and dumb Chronic. Only he's got a secret (I'll never tell). The story, as told from the Chief's point of view, is disjointed and fragmented. This is not an ineffective technique, however. In fact, it helps bring the reader into the mind of the insane, because as the Chief suffers through his hallucinations, we get to suffer along with him. Kesey, to his credit, never goes overboard with the Chief's dreamlike states. He works hard to keep the Chief's meanderings intelligible, always getting back to the story just in time before he lost the reader completely in that mania. He lets the Chief reign himself in if only to provide lucid commentary on the events at the hospital. This duality, this schizophrenia, makes the Chief one of the great unreliable narrators of the postmodern age. He's not consciously covering his tracks to make himself look better. He really believes the things he says, even if the reader can't fully. "[What follows is] the truth," he says early on. "Even if it didn't happen."The real strength of "Cuckoo's Nest" is that it not only gives us a strong internal narrative, but the external one is pretty strong as well. Otherwise it would have made for a pretty convoluted movie. Most novels do one well but not the other.The reason that the external portions are strong is that they're anchored on the fate of a truly memorable literary character: Randall Patrick McMurphy. McMurphy, a former work farm employee just new to the hospital, is a more complex character than I thought he'd be. I was expecting from him only unbridled, ego-less action. Instead, he was also quite focused, rational, and well thought out (listen to him cut through Harding's bull, with his neat "'peckin' party" analogy). This brings up one of the novel's central questions: whether or not McMurphy really should be in the asylum, or if he's just faking to get off the work farm (in fact, this question can be asked of all the novel's characters, except, of course, for the Chief. We've been inside his head and can surely testify that not only does he have a few loose screws, but also his screwdr

So much better than the movie...

Published by Thriftbooks.com User , 22 years ago
...and i thought the movie was great when I first saw it. I was amazed by the performances of Jack Nicholson and Louise Fletcher, so I told myself I have got to read the book.Luckily, my english litterature teacher in college gave us an assignement on that book. I have read it through and through, over and over. I have read it twice in about two days. I couldn't stop reading. The slang that Ken Kesey uses when Chief narrates the story is just great and really brings us back in that period.But what i really loved in the book, is that you get to know why chief is like that. In the movie, you only get a little bit of the story, and that's a shame. I really enjoyed the book and the movie. But if you only saw the movie, you're only getting half the picture, so I say, if you liked what you saw, then buy that book and read it, you won't be disappointed.

One Flew Over the Cuckoo's Nest Mentions in Our Blog 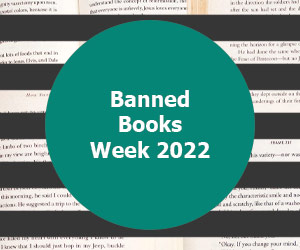 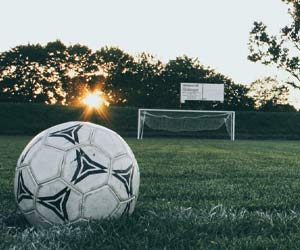 There are many reasons to love the Apple+ show, Ted Lasso. And one of the most compelling of these (for us anyway) is all the books that show up in it! Ted and his loyal sidekick Coach Beard are clearly big readers and the literary figures prominently in their chatter. So while we wait for season three, we are exploring the Ted Lasso library. 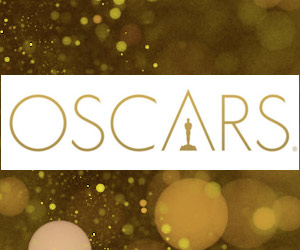 Your Oscars Reading List: the Books behind the 2016 Nominees
Published by Richard Wells • February 22, 2016

This year the Academy Awards have plundered the library for extraordinary source material. The film makers have found writers who have been practicing their craft for years, plucked real gems out of their bodies of work, and are debuting one first time novelist.