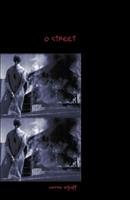 Powerful stories of a woman caught in the long shadow cast by the love of her mother The tightly linked stories of Corrina Wycoff's gripping debut collection follow the life of Elizabeth Dinard. Raised in poverty by a schizophrenic single mother who self-medicates with heroin, Elizabeth experiences a childhood fraught with emotional and financial insecurity, as well as darker exploitations. Now living a fragmented and desperate adulthood, she continually...

Published by Thriftbooks.com User , 13 years ago
This collection of interlinked stories could easily be considered a novel. Beth Dinard (also called Lizzie and Elizabeth), the main character of "O Street", is a creation put through the trials an author often comes up with for women: a horrible mother, gang rape for money or drugs, the tips of her ears torn off, poverty, 'uncles' who come and go, prostitution, her own pregnancy followed by terrible health care, and a series of jobs that don't provide enough money to get through a month. Well, all right, the ear tearing is a bit different. When I say that Corrina Wycoff contrives these things, it's not that they don't happen in real life (as we call what we pretend to share); more to the point, they have their own reality as texture, character development, incident, plot development. One needn't look outside the book, itself a real object, to say: that smacks of reality to me. The above list doesn't give away the plot, since once settled in with the sparse prose style we know we're not going to be wandering off the highway of gritty realism in which these things are familiar landmarks. Lesbianism is arrived at not through biology but through the abuse Beth received at an early age. Its actual arrival is in fact not presented. Since Beth's life is presented non-chronologically, there are gaps and emissions which a reader can fill in herself. Angela had Beth when she was in her teens. The unnamed father wants nothing to do with either. Mentally ill--for instance, believing Rosalind Carter, Jimmy Carter's wife, speaks to her from television screens--Angela quotes poetry freely, and has a quick mind that can be tartly humourous. That's a pretty good skill set for a heroin junkie who didn't finish high school. This mental agility is not explained; a reader is meant to accept it, discarding whatever one knows or thinks about junkies with mental problems. One wonders why this strange combination isn't made more of by Wycoff. Angela has a monstrous ego and a lot of energy, certainly compared to Beth, and perhaps too much about her would unbalance the book. For the most part she's off-stage, but often imminent. Unlike her mother, Beth finishes school, and then makes her escape. She has a poor self-image, largely as a result of the abuse meted out to her by her mother, schoolmates, and lovers. "When Beth talked to her breathless, happy friends, she sometimes saw her own words suspended over her head, as if she were assuming a role in a comic strip." Angela's reach, however, is long and powerful, as is the reach of most mothers where their daughters are concerned. She fakes out her daughter cruelly in the first pages, and just like that, as if she had been a lioness casually swatting her cub, she renders Beth destitute. The motivation for why Beth doesn't ask for help from her lover, Rachel, isn't entirely convincing for someone who is codependent, but Wycoff has set this up to tell a particular story. What Beth experienced as a child was bad, and it doe

Published by Thriftbooks.com User , 14 years ago
This is an astonishing book. The prose is so good and the characters are so vulnerable--that may be what I like best about it. I feel a deep honesty here, a lack of artifical construction. It feels as though this book needed to be written, and that quality is rare and makes the book feel urgent. One of the most touching elements is the way the narrator is always imagining salvation, she daydreams salvation, wow. Sad. Beautiful.

Published by Thriftbooks.com User , 15 years ago
...harrowing, disturbing, and carefully-wrought. A plea for more equity between haves and have-nots, but you will lose yourself in the mother and daughter characters of this story.

Published by Thriftbooks.com User , 15 years ago
This is a well-written collection of short stories. It will make you cry.

Published by Thriftbooks.com User , 15 years ago
O Street is the kind of book that is sadly missing from mainstream literature. It's engrossing and incredible in its realism, a book that makes you want to buy copies for everyone you know. O Street would be a candidate for publication by a major publishing house if only it weren't true that editors think no one wants to know that a young girl can go through a life like this one, through no fault of her own, just the chance of birth behind it. Which is not to say that Other Voices isn't a commendable press, a real coup for Wycoff, and a force of nature in contemporary literature. You'll thank them for believing in this book. Wycoff makes us confront the failures of society, the way people like the mother protagonist fall through those cracks, which aren't cracks at all but more like chasms. Wycoff doesn't apologize for her political edge in this book, but neither is O Street a polemic. The argument is in the heartbreak at the heart of the story. You will want to rescue Beth, and you will cheer when she rescues herself in the absence of any other savior. Never mind the somewhat dismissive Publishers Weekly reference to "degradations and disappointments" that are "sounded like elements in therapy." The whole of literature depends upon elements that could be discussed in therapy. Wycoff eschews banal self-help assessments and solutions and instead delivers a gripping story, in the voice of a talented writer: "The O Street Girl came back to school today. She arrived between the first and second homeroom bells. She'd been absent since last January, and now it was October, and so many things had happened, things you would have told her once, before she was the O Street Girl, when she was Beth Dinard, your friend. But no one was talking to her today, so you couldn't tell her about your first French kiss, your first hit off a joint, your first fistfight. No one was talking to her and no one was talking to each other and so much happened since she went away."
Trustpilot
Copyright © 2022 Thriftbooks.com Terms of Use | Privacy Policy | Do Not Sell or Share My Personal Information | Accessibility Statement
ThriftBooks® and the ThriftBooks® logo are registered trademarks of Thrift Books Global, LLC