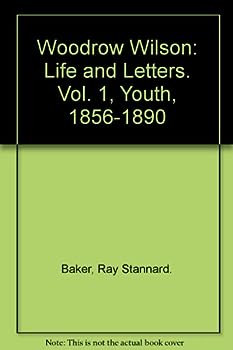 This description may be from another edition of this product. Two years ago Shad Jenkins went to prison for assaulting his sister's attacker. Now he has returned to the southern mountain town of Moon Run Hollow, only to find that Megan is dead. No one knows how...

Another brilliant novel from Piccirilli

Published by Thriftbooks.com User , 16 years ago
I'm a major fan of Piccirilli because so few other authors are capable of writing "horror" with such a human, literary flavor. his characters, no matter how weird or wild, are very authentic. They bleed and cry and rage and refuse to give up even when they know they're licked or dying. There is a lot of grace and poetry to Piccirilli's novels, and nowhere is that more true than in NOVEMBER MOURNS. A backwoods noir tale of an ex-con seeing answers to not only the death of his sister but also the dark history of his town and himself. He seeks the truth where he knows it lies, regardless of the superstition, fears, and curses of his neighbors. Love and devotion drive him as much as fear and sorrow. This is a very thoughtful book, with a lot of humor and a great amount of lyricism. I reread aloud many portions of the book because the language just sings. If Piccirilli wasn't hampered with the label of "horror writer" he'd garner a great deal more attention than he currently does, though hopefully that is changing. Do yourself a favor and read this gorgeous book. Highly recommended.

Even better than A Choir of Ill Children

Published by Thriftbooks.com User , 16 years ago
For beating up a guy who tried to rape his sister Megan, Shad Jenkins spent two years in the pokey. Finally out and ready to start his life again, he finds out that Megan has been murdered and that their father wants him to "come back [to Moon Run Hollow] before you get on with your life." Megan's body was found with a single, tiny scratch on her cheek up on Gospel Trail Road, a place where even the hardiest residents fear to tread. Set up in a crime/noir/murder-mystery/whodunit format with Southern Gothic overtones, Bram Stoker Award-winning author Tom Piccirilli's November Mourns is his best novel yet. Advancing on themes approached in 2003's A Choir of Ill Children (in many ways, his breakthrough novel), Piccirilli uses this familiar format as a trunk upon which to place many beautiful and disturbing branches. Often, these come in the form of odd characters with memorable names. Zeke Hester, the wannabe rapist, still won't let go of his pride, bruised at having his tail kicked two years ago. Glide Luvell, a teenage girl a year Megan's junior, exhibits knowledge of little more than how her body, which was "designed by the Hollow to pass on the burden of her general simplemindedness," affects men. Glide's brothers Venn and Hoober are walking examples of why, when you run moonshine for a living, you don't spend your day sampling the wares. Even the Jenkins' dogs have all carried the name Lament, showing the overwhelming sense of despair that pervades Moon Run Hollow, and that Shad would desperately like to escape, if only he could get loose. In fact, Shad's avoidance of his past is a pivotal decision to the plot. If he didn't, November Mourns would wrap itself up much too quickly. Tom Piccirilli and Joe Lansdale both write about the dark side of the American South, the really dark side that most don't ever see -- they certainly don't admit to having family there. The major difference is that Lansdale's characters are written to be threatening, ridiculed, or merely present for shock value. But, in November Mourns, Piccirilli delves beneath the surface to focus on the tragedy. While Lansdale makes fun of married siblings, Piccirilli shows you their deformed offspring (whom he still refers to as "ill children"). Shad wants to know what happened, but nobody is talking; even his father begs him to leave it alone -- he's got other things on his mind. Meanwhile, other parts of Shad's past are creeping up on him and it's all he can do to just get through it all, especially when he keeps seeing Megan out of the corner of his eye. Piccirilli knows how to keep the suspense up, but even when the killer is finally revealed, it does not compare to the intensity of the trip we've been taken on beforehand. November Mourns wraps itself around your emotions and won't let go.

A wonderfully atmospheric and suspenseful novel

Published by Thriftbooks.com User , 16 years ago
An atmospheric southern gothic tale with a heavy crime-oriented attitude makes NOVEMBER MOURNS a powerhouse read. Shad Jenkins returns home to his moonshine-running mountain town called 'The Hollow' to investigate the death of his sister. Megan died on a mountain road long-thought to be haunted, where in years past plague victims were brought to die. Many of his old friends have succumbed to poison moonshine and alcoholism and seem to be slightly crazy, to say the least. As Shad delves deeper into the mystery we learn that he too suffers from visions--whether its a natural psychic gift, a blessing from God, or brought on from moonshine we don't know--but the ghosts of his sister and his mother seem to be trying to help him. Or are they? Tom Piccirilli has written a wonderful, gripping, finely-tuned dark fantasy that draws the reader through a series of amazingly imaginative scenes. Part adventure novel, part thriller, part horror, part ghost story, part southern grit lit, and also very very funny and sweet in places. Definitely do yourself a favor and pick this one up!

Published by Thriftbooks.com User , 16 years ago
Even though I used the words brilliant, moody, and unsettling in my subect here, November Mourns is all that and so much more. It's humorous, adventurous, action-packed, and profound. The story of a man released from prison to seek an answer to who killed his sister is just the very simplest synopsis of what this book is about. It's also about a man haunted by a town slowly going mad from moonshine and poisoned river waters, the idea that perhaps the land itself is in revolt, and how faith and belief can give people incredible power or cause horrendous pain. This is Piccirilli's sharpest, tautest, and most suspenseful yet, a true masterpiece!

Published by Thriftbooks.com User , 16 years ago
Shad Jenkins returns from prison to his southern mountain town where the only real trade is in making and running moonshine liquor. His sister has died on an isolated back ground believed to be haunted by the superstitious townsfolk. In an effort to find out the reasons behind her death, Shad searches through the backwoods of the hollow dealing with many of the bizarre, and perhaps insane locals, including a cult of snake handlers, some freakishly abnormal folks, and an unknown enemy who seems to be some kind of supernatural entity that lives in the forest. Piccirilli has great fun here as he straddles a line between suspense, horror, and fantasy. he builds a wonderful tension as Shad explores his own hollow only to discover that either there are strange forces at work in the mountains or possibly everyone is going insane from poisoned moonshine. Moon Run Hollow and its inhabitants are classic creations in the dark fantasy field, with a beautiful but terrible back story involving a yellow fever epidemic and what happened to its victims. Piccirilli's richly textured story and wonderfully gripping narrative voice makes the story even darker and more foreboding as the mystery progresses. Moody, haunting, and memorable, November Mourns is a terrific story you won't soon forget.
Copyright © 2020 Thriftbooks.com Terms of Use | Privacy Policy | Do Not Sell My Personal Information | Accessibility Statement
ThriftBooks® and the ThriftBooks® logo are registered trademarks of Thrift Books Global, LLC