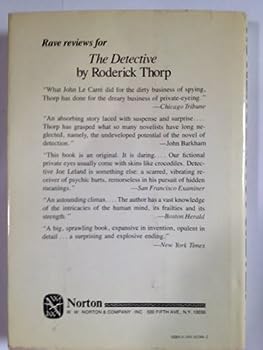 High atop a Los Angeles skyscraper, an office Christmas party turns into a deadly cage-match between a lone New York City cop and a gang of international terrorists. Every action fan knows it could... This description may be from another edition of this product.

Published by Ginger , 6 months ago
All kids love thus book

Die Hard Gets Even Better

Published by Thriftbooks.com User , 12 years ago
I gave the book "Nothing Lasts Forever" by Roderick Thorp five stars without a question. "Die Hard" was based off this amazing novel, it takes you through a story of how a retired New York cop outwits 12 foreign thugs in an L.A. high rise. This book is filled with twists that'll keep you on your toes, characters that come alive, and tips you can use in everyday life. I encourage young and mature adults and action lovers to read this amazing book. It'll be a good challenge and an awesome reading experience!

Published by Thriftbooks.com User , 18 years ago
The time is the late 70's. Our hero is making a cross-country flight to visit his daughter. Little does he know what action, danger, and notoriety are in his future. Yes the plot is similiar to what fans loved about the movie. John McTiernan captured the essence of Thorp's novel with the addition of querky characters like the FBI agents, Johnson and Johnson. I liked reading the book to get the "back story" on our hero who's name is not John McClane but Joe Leland; who is older and more experienced than his cinema alter ego.The terrorists are politically motivated here and give strong argument to the greedy motivations of corporations and governments. The violence was so graphic in the book, especially the killing of female terrorists by Leland, that the movie altered those elements to more "socially acceptable" killings. Overall, I enjoyed the Nothing Lasts Forever and look forward to reading the first book in Thorpe's series.

One more time, books are better than movies

Published by Thriftbooks.com User , 21 years ago
I'm a great fan of Die Hard movies, and I have tried to find the novel that based the first movie for years. After reading it, I have to say that Thorp made a great book. The main character Joe Leland (John McClane at the screen) is now more closer to a human. He doubts and suffer as anyone of us. And the book adds something very interesting for the reader. We see all the action since the perspective of Leland, so we can see how he feels about all the stuff. Obviously, a movie can do that. The script by Steven E. De Souza has selected some of the more important parts of the book, and be careful, not all the things on the screen are in this pages. Do a favour to yourself, buy this book. If you liked Die Hard, you'll enjoy this book a lot. If you don't like action movies it's a wonderful way to spenda few hours reading something different.

Seen the movie? Read the book.

Published by Thriftbooks.com User , 21 years ago
First of all, I should probably say that Die Hard is one of my favorite movies of all time. For me, reading the book it was based on was a no brainer, but I even recommend it to people who aren't fans of the movie. While retaining the same basic "terrorists seize building" plot of the film, the novel is actually very different. It involves a much older hero (Joe Leland) who is desperately trying to save his daughter and two grandchildren, rather than his wife. The whole thing is a little more realistic and plausible than the movie. For instance, Leland's daughter, Stephanie, is not your average, ethically flawless, damsel in distress. She is obviously not a perfect person. More than once, Joe finds himself thinking about all the mistakes she has made in her life. The book contains variations on all of the familiar stunts and supporting characters (minus the two arrogant FBI agents) that really helped to make the movie great. The action sequences are quite suspenseful, especially for a book. What really enhances the suspense is Leland's vulnerability. He doesn't kill without emotion, and he's definitely not physically invincible. In a few parts it really seems like he's done for. Nothing Lasts Forever is an overall great book that is extremely entertaining and hard to put down. My only major complaint is that since the entire story follows Leland's point of view, you only come into contact with the head antagonist (Gruber) when Joe does. As a result, the character of Gruber is not nearly as memorable as Alan Rickman's portrayal in Die Hard. To wrap up, if you liked Die Hard it would be a mistake not to pick up this book, and even if you weren't crazy about the film, Nothing Lasts Forever is different enough to warrant a strong recommendation.

An action packed book with lots of suspense.

Published by Thriftbooks.com User , 23 years ago
If saw the movie Die Hard then you can't miss this book. If you thought John Mclane was good check out this old man.

Nothing Lasts Forever Mentions in Our Blog 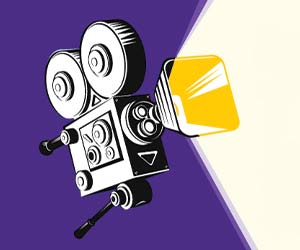 Our holiday plans aren't only about gatherings and gifts. We're also looking forward to what we will be reading and watching during these festive times. We enlisted OnePoll to survey 2,000 Americans about their holiday entertainment activities. Here’s what we learned.