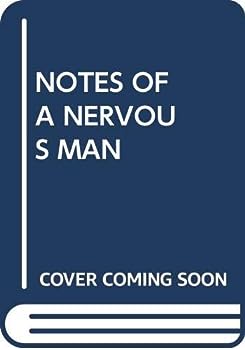 Notes of a Nervous Man

Dave Barry called him a wonderfully funny writer. James Lileks, syndicated columnist and charter member of Club Dread and a Fellow of The Order of the Sweaty Palms, takes on the sacred and the profane, from airplanes, bras and taxes to God, death, and hangovers.

Published by Thriftbooks.com User , 21 years ago
James Lileks has been compared to Dave Barry, and in many ways you might find the comparison apt because there is of course an overlap in attitude and "content". Of course "content" is not an issue in either of these great guys' books or columns. Both can write about absolutely abything and make it tear-wrenchingly funny. But that's about it for the comparison. Lileks will strike many as a more seriously funny writer, if you can imagine what that means. Dave Barry can keep you giggling throughout a piece, whereas Lileks is staid for several sentences - then makes an devastating, or devastatingly funny, observation or comparison that seems to come straight from heaven, and it hits straight through everything to, not just the funny bone, but to your very heart and soul! One reviewer for a newspaper said, "Lileks sparkles, he leaps out at you from the page." He was trying to convey the feeling I'm talking about, which is very difficult to do, and which you'll understand only after reading some of Lileks' stuff. There is a personal intensity about this writer that makes a deep impression on you, if humour can be said to make an impression. "Notes of a Nervous Man" is his best book, and a straightforward place to start if you haven't read James Lileks before.

Don't compare him with Dave Barry - Lileks is Lileks!

Published by Thriftbooks.com User , 21 years ago
James Lileks has been compared to Dave Barry, but I supposethat is only because of the fact that both are great humorists. As for style and content, is is obvious that there will be some common elements, because what people laugh at is predictable to an extent. The main difference is this: Lileks strikes you as a vastly more INTELLIGENT person, and his lines and observations are very, very INTELLIGENT. Dave may keep you laughing at a giggly tempo throughout, but Lileks... it's different. You're generally staid, and when he shoots off that climactic observation, it strikes you as something so manically funny that it knocks the wind out of you. You laugh as though you'll never laugh again in your life, and there is this urge to compare Lileks to God, to the Sublime, to ... That cannot be said of any other American writer. I would not go so far as to compare Lileks with Wodehouse... but if anyone had to have the title today of an aspiring Wodehouse, it has to be Lileks. There is a scintillating sublimity about him, something holy, something that makes one feel like praying... one feels closer to God after reading some of Lileks' greatest lines, even if such are only five in a whole book. That said, maybe someone wants to know what I'm talking about. The bottomline is this: either you'll find Lileks not very funny, maybe mildly so, maybe someone like Dave Barry but not so funny -- or you'll swear by everything I've said here! Notes of a Nervous Man is among his funniest, but no one can say which is THE funniest, because it's only those occassional zappers that strike you, and those are pretty evenly distributed over all his books so far. He even has a website - (hey hey hey, I'm not a PR agent for him!...
Copyright © 2020 Thriftbooks.com Terms of Use | Privacy Policy | Do Not Sell My Personal Information | Accessibility Statement
ThriftBooks® and the ThriftBooks® logo are registered trademarks of Thrift Books Global, LLC