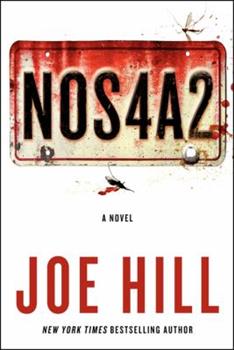 (Part of the NOS4A2 Series)

NOS4A2 is a spine-tingling novel of supernatural suspense from master of horror Joe Hill, the New York Times bestselling author of Heart-Shaped Box and Horns. Victoria McQueen has a secret gift for finding things: a misplaced bracelet, a missing photograph, answers to unanswerable questions. On her Raleigh Tuff Burner bike, she makes her way to a rickety covered bridge that, within moments, takes her wherever she needs to go, whether it's across Massachusetts...

Published by Rachel A. , 1 year ago
Where to begin...it’s a difficult story to explain, but I thoroughly enjoyed it. I can see why people are asking what exactly it’s about, and after reading it, I can see why it’s hard to say without spoiling too much. You should probably just read it and find out! Victoria had a traumatic experience when she was a teenager, involving a Rolls Royce with NOS4A2 license plates. Perhaps it was this trauma that gave her abilities to ride her bike over a bridge to nowhere and everywhere. She became known as “the finder” because if someone she knew lost something, the bridge would take her right to it, whether it was down the road or across the country. These trips started to take a physical and mental toll, so she started using the bridge less and less - especially after she couldn’t find her special bicycle. As Vic begins to tell stories of the bridge and the man in the Rolls Royce who she barely escaped from, people start to worry and she ends up...well, “somewhere”, as they say in Psycho. After being prescribed medication, she decides the bridge was all in her head and vowed to accept it as a figment of her mentally-ill imagination. Eventually, Vic she stops taking her medicine and through a twist of fate, finds a motorcycle that can take her across the bridge again. This turns out to be a good thing, because NOS4A2 is back and is now coming for HER child! The man who owns the Rolls Royce fancies himself as a Good Samaritan of sorts, saving children from parents who he feels aren’t deserving of kids. After the parents are killed, he whisks the kids off to Christmasland - a magical place where every day is Christmas and children never grow old. But is it really a dream come true? This story meanders occasionally, and is almost two stories in one until everything converges at the end. I loved the Lou character, and oh, sweet Maggie from Here, Iowa. I’d like to play her in Scrabble one day, but something tells me that I’d lose! Another solid addition to Joe Hill’s growing collection of soon-to-be classics.

A Thrill A Minute, And Sooo Much Better Than The Tv Series

Published by Vickie Woodard , 3 years ago
I found this impossible to put down. It seethed with evil and imagination.

Published by David Sanchez , 3 years ago
this was an awesome book.. could not put it down.

NOS4A2 Mentions in Our Blog 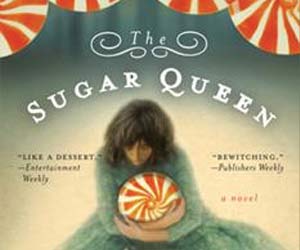 Sci-fi and fantasy may not be the first genre that comes to mind when considering yuletide entertainment. But for a lot of us, it's a perfect fit. Think about it! These stories combine magic, adventure, and the wonder of the unknown. That sounds just like the holidays to us!